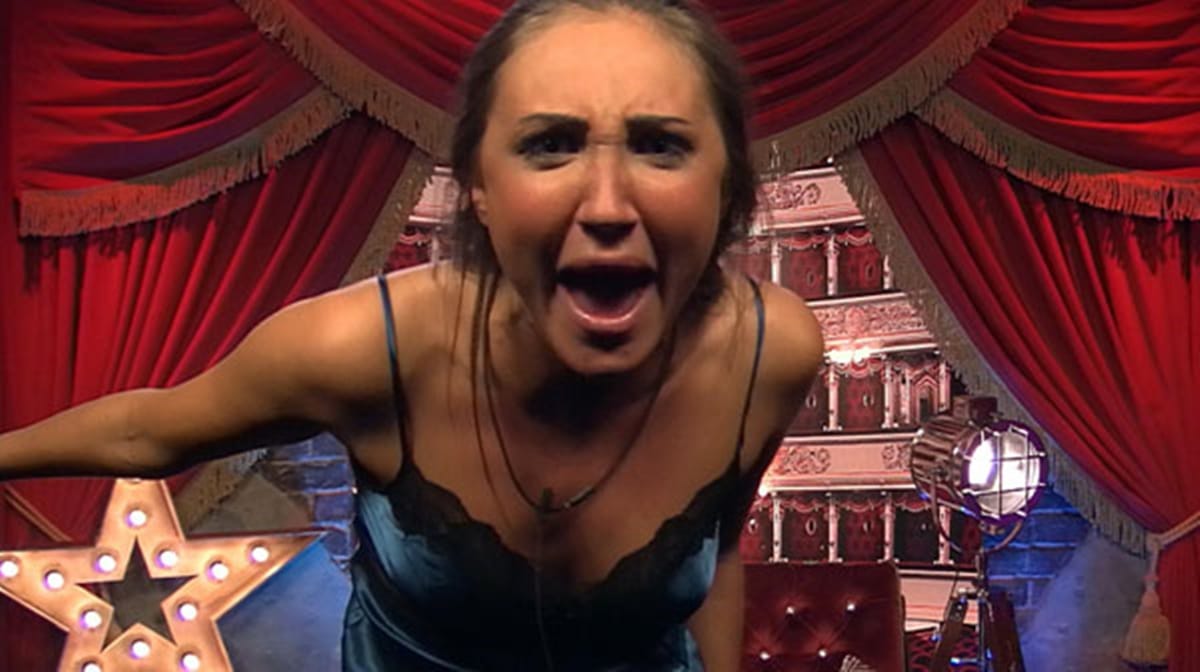 The first week of this new Celebrity Big Brother series has brought us the usual shenanigans but has I fear shot itself in the foot more than once and needs to inject a little more entertainment and a little less controversial shock.

It started off with the appalling treatment of Winston. An early eviction which was as much of a set up as it is humanly possible to engender. Channel 5 should be ashamed of themselves. A task which was deliberately created to make all of the housemates acutely aware of Winston’s previous comments with regard to gay couples adopting children was designed to cause arguments. The poor fella didn’t have a chance to defend himself from the self righteous ignominy shown by the obviously perfect housemates. They didn’t want to hear his side of the story even less did they want to let him have an opinion which was – although controversial – in opposition to their own. They were right he was wrong end of story. Then, just hours after riling up all the housemates against Winston we have an eviction which is decided purely by the people in the house. Just a co-incidence? Probably not. So Winston is evicted and he gets to face the affable, cute, cuddly Emma Willis – you’ll remember Emma she never says boo to a goose. How many times have we just wanted Emma to woman up and really grill a loathsome housemate in the past? Helen Wood springs to mind. She may have won Big Brother but her behaviour was disgraceful in the house. What did Emma do then? The softest friendliest interview ever when Helen needed to be told her behaviour was unacceptable. And this brings us to poor old Winston. Emma ripped into him like the Rottweiler we always wanted to see only this time it was directed towards the wrong housemate. To rudely berate him for looking at Nancy when she was undressing next to him was both unfair and unreasonable. If Winston did cadge a sly peak of a pretty lady in a state of undress then he was only doing what 99% of the population both male and female would also do. As for the other 1%, well they would be lying. It’s what we do as humans; it’s natural and although we should make an effort to not look there was an alternative for Nancy if she felt threatened. Change in the toilet. Emma seemed to be inferring that Winston had no respect for women and it will be interesting to see her interview of Scotty T if this is the case. A man who happily admits to sharing his lunchbox with at least 400 girls surely is not a huge respecter of women. I shall expect Emma to give him both barrels when she interviews him!! I won’t hold my breath. Winston was done up like a kipper.

The next controversy was caused by the sad death from cancer of David Bowie. For a television company to exploit this for entertainment was beyond appalling. I hope that they are hauled in front of the coals by the relevant authorities. That they would allow Tiffany to react quite the way she did over the death of a family member of one of the housemates is disgusting. As soon as they watched her grasp the wrong end of the stick when Angie explained that “David has died” there should have been an immediate announcement to put matters right. If Tiffany wouldn’t listen then a responsible housemate like Darren or John should have been tasked to get her into the diary room straight away. In any case whatever happened at this time NONE of this should have been shown on air. We are dealing with something far and away beyond entertainment here and Channel 5 let themselves down badly.

What Channel 5 do seem to be doing well this series is allowing sexism to flourish in the house. Sexism against the male gender. And sexism of the highest order. To keep Megan in the house with a simple warning about her behaviour is absolutely amazing. If we were witnessing a man aged over 35 behaving the way that Megan did in her vile performance last night then his arse would not have touched the diary room chair as it was kicked unceremoniously out of the house. Imagine if Jim Davidson, Darren Day, Razor Ruddock or Vinnie Jones had behaved in this manner and referred to Tiffany as a “ghetto c***”. This racist and highly offensive outburst would have only quite rightly been met with an instant removal from the house. Think back just one year to Coronation Street’s Ken Morley and his description of Alexander O’Neal as a “negro” during a convivial and pleasant chat. He was removed immediately. How can a screaming rant using the words “ghetto c***” be worthy of nothing more than a warning? Crazy double standards surely?

Tonight we see the 2nd eviction of this series and the bookies seem to be favouring Nancy for the chop. Personally I just can’t see enough people being that bothered enough by Nancy’s behaviour to bother picking up the phone to evict her. The main bulk of voters I imagine would be younger girls and as we know they don’t like to see other young girls behaving in a contradictory and disrespectful way. Stephanie moans to Big Brother that they are showing her in a bad light and then ten minutes later jumps into bed with Jeremy who plainly fancies her. What she doesn’t know is that her boyfriend has already had enough of this unfaithful behaviour and won’t be hanging around to be mugged off on live TV.  I fully expect her to be seeing him far quicker than she might imagine as she leaves the house tonight.