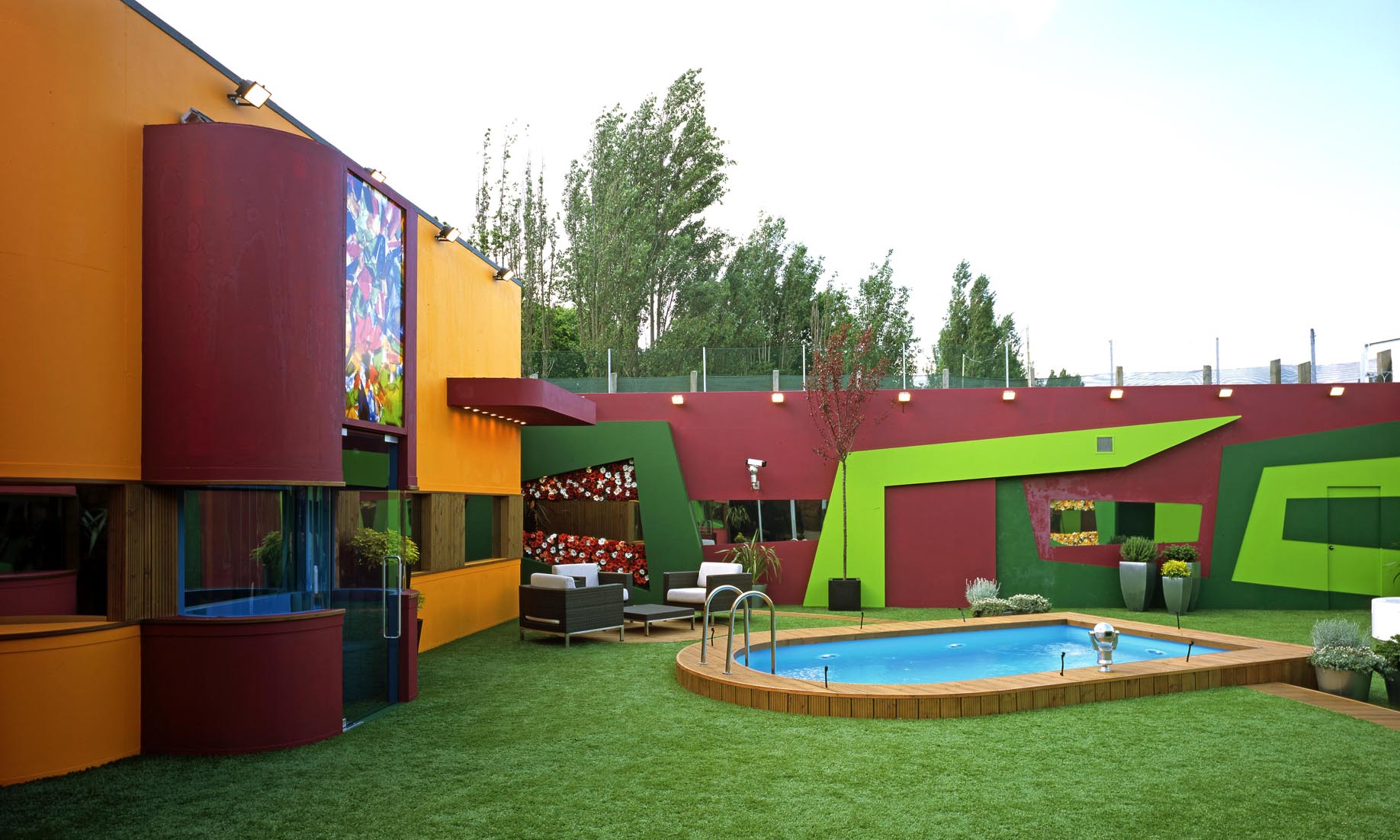 CHANNEL 4 PICTURE PUBLICITY 124 Horseferry Road London SW1P 2TX 020 7306 8685 BIG BROTHER 9 House: BIG BROTHER 9 House: Garden (These images must not be altered or manipulated in any way) Tx:TX Date This picture may be used solely for Channel 4 programme publicity purposes in connection with the current broadcast of the programme(s) featured in the national and local press and listings. Not to be reproduced or redistributed for any use or in any medium not set out above (including the internet or other electronic form) without the prior written consent of Channel 4 Picture Publicity 020 7306 8685

After an extended break, Celebrity Big Brother returned to our screens this week with changes both on screen and behind the scenes.

With a brand new series underway, we here at Big Blagger are pleased to present our newest weekly feature as we recap the week both inside and outside of the Celebrity Big Brother house. So let’s dive straight in, shall we?

Fans were vocal about Daniels’ absence from the lineup when it became clear that the Presidential launch night twist was intended for her. On Friday, Channel 5 released a statement confirming Daniels was set to appear but backed out.

On spin-off Celebrity Big Brother’s Bit On The Side, host Rylan Clark-Neal addressed the issue on the air for the first and only time.

This is it. @Rylan lifts the lid on what happened with Stormy Daniels and #CBB. #CBBBOTS pic.twitter.com/H93dUjVqRi

Launch night saw Hollywood actress Kirstie Alley enter the Celebrity Big Brother house first and because of that, she became the ‘President’ of the house. Viewers voted via the Big Brother app and made Coronation Street actor Ryan Thomas her Vice President. Big Brother gave the new ‘administration’ the power to put new orders into the house.

The first was the ‘Climate Change Bill’, which saw Ben Jardine take nothing but cold showers until further notice. VP Ryan introduced the ‘Healthcare Bill’ and picked TOWIE’s Dan Osborne drink liquidised green vegetables for breakfast, lunch, and dinner and he will do so until further notice.

Finally, President Kirstie put the ‘Foreign Trade Deal’ into motion, forcing one housemate to sacrifice their suitcase and wear clothes provided by Big Brother. The pair chose Rodrigo Alves to lose his suitcase and he was less than pleased.

But once he saw his outfit, he wore it with pride.

Rodrigo receives his first and only warning for racial language

In the first highlight’s show of the series on Friday, Rodrigo was given his first and only warning for using a racial slur – not once but twice.

Rodrigo was talking with his fellow celebrity housemates and used the N-word when describing his ideal type when looking for a partner. Towards the end of the episode, Rodrigo was called to Diary Room and told off by Big Brother for his offensive language.

Channel 5 released a statement on Twitter and said Big Brother does not tolerate the use of highly offensive language.

Big Brother does not tolerate the use of highly offensive, racially charged language in the House. Rodrigo has received a formal and final warning and if he uses such language again, he will be removed immediately. Rodrigo has apologised for his comments. #CBB pic.twitter.com/NX8scGPUkW

What a crazy first three days inside the house! It looks like we’re in for a fun and wild four weeks. See you lot next Sunday for a recap from the first full week of the series.