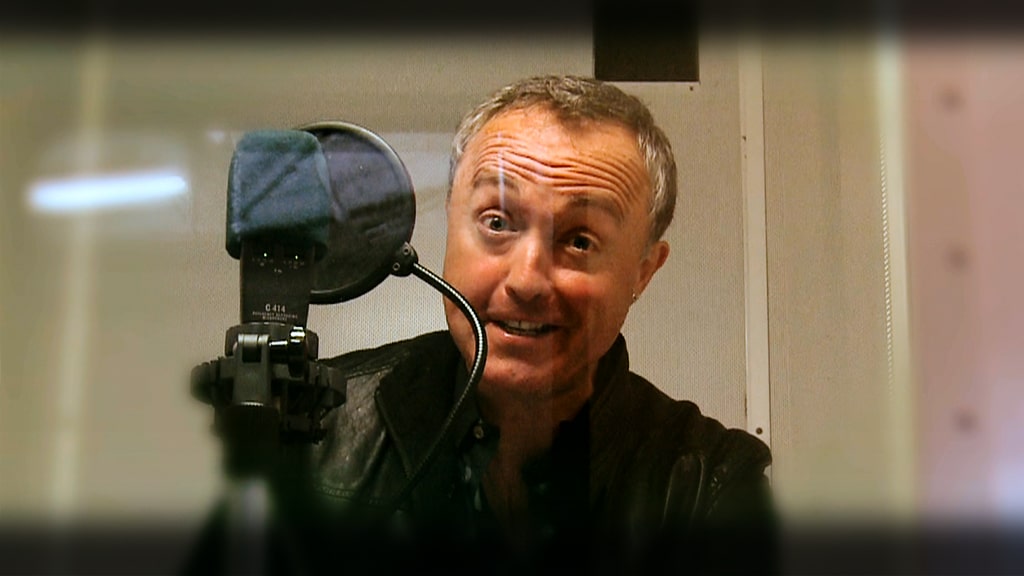 Ahead of the upcoming series of Big Brother, we caught up with the shows’ narrator – Marcus Bentley – to ask him your questions and get the lowdown on everything Big Brother!

Thanks for taking time out of your busy schedule to answer some questions for us!

Do you enjoy working on Big Brother as much now as you did at the beginning?

Absolutely- even more so. The tasks and show are slicker, funnier and better to watch. I f the housemates are great then the show is too.

Whats your usual routine like during a normal day recording for BB?

I arrive approximately 2pm at Elstree where that day’s show has been in production for the previous 24 hrs. I check in on the production staff and inquire of any developments , scandal and delay. I have a cuppa and then meet with that day’s senior producer to go over script and make any changes. We then record it from my voice over booth and over the next three or so hours we make various changes until we sit down with the executive producers, lawyers and Channel commissioning editor to complete the final edit and watch the show. We usually finish around 7pm. Sometimes if there’s a legal complication in can be longer.

If you were unable to get to Elstree, what would happen?

There are plenty of studios I can digitally send my recordings through. I could even deliver them via a computer. I have been ill with severe flu and still done the show. The show must go on and I will do it come what may.

Big Brother has changed dramatically since the Channel 4 days – Do you keep in touch with Davina and if so, is she still a fan of the show?

I disagree I don’t think the show has changed dramatically – it’s has a few style tweaks – it has to evolve as its been five years since it was on Channel 4 but the show and format are pretty much the same as are the producers of the show – basically the same people as on 4. Davina is a lovely lady and she was always so kind to me and I enjoyed her company and we keep in touch via Twitter – you’d have to ask her about BB.

If you could choose any celebrity, dead or alive, to enter the house – who would it be and why?

Stephen Fry. A fascinating man. A great human being with fabulous wit and a great raconteur.

Do you reckon you would ever agree to enter the house?

As a housemate? No. I wouldn’t want my worst attributes to be highlighted for the nation and I’d probably be arrested for strangling an obnoxious housemate. Ha !

Who is your favourite housemate of all time and why?

Nikki Grahame. A real housemate. A true original and just the same in real life – a real pain but everyone adores her.

There are rumours of a new “All Star” Big Brother series. What would be your perfect lineup of housemates?

If you could implement any twist what would it be?

To have a completely secret house that lasts for the duration of the series with one house dictating some of the events in the other house.

Talking of twists, Big Brother has thrown many a twist at the housemates over the years – Which has been your favourite?

I loved the secret room with the tropical bar while some of the housemates were slaving away at gruesome task. But the best ever twist for me was the original fake eviction and bedsit twist in Big Brother 5.

Are you aware of international editions of Big Brother and some of the format features they have – such as head of household and power of veto? Do you think BB UK could benefit from similar features?

I have no knowledge of international formats , however I’m sure if an idea is successful it’ll be used at some point. Good ideas seem to go round the world.

How do you think Big Brother will change in the next few years?

No idea, but it’ll be fun finding out. I know the tasks and themes will get better and better and that Great housemates make the show and I know the producers are leaving no stone unturned in their search for some Big Brother legends.

We asked our twitter followers if they had any questions they wanted to ask you so here are some we’ve chosen:

How much freedom do you have over the script your given to narrate? Can you improve it at all?

Obviously the script is dictated by the events of the day and there is a certain way in which we describe things, but I do get a say in the script as it evolves during the day of recording.

Do you still enjoy working on the show as much as you used to?

I enjoy it even more. The show and tasks getting better and better and I love working with the team, some of the team I’ve been working with for over ten years and we’re great pals.

Do channel 5 have a set way of the style you must narrate the highlight shows?

No. The show evolves year on year and perhaps they’ll be occasionally a funky task that the producer needs a certain style of commentary for , however, I’m in charge of how I say things.

Have you ever made close friends with any of the ex housemates after the show?

Not close exactly but I’m pals with the likes of Victor, Luke Marsden and until he went to live abroad I was a drinking partner to Nasty Nick.

What’s your favourite announcement to make? ‘You are the winner’ or ‘you have been evicted’ or ‘day 1’ etc?

I enjoy telling a controversial housemate that they have been evicted. If they’ve been particularly troublesome I imagine I’m telling them to do one!

A massive thank you once again to Marcus for taking time to answer our questions!