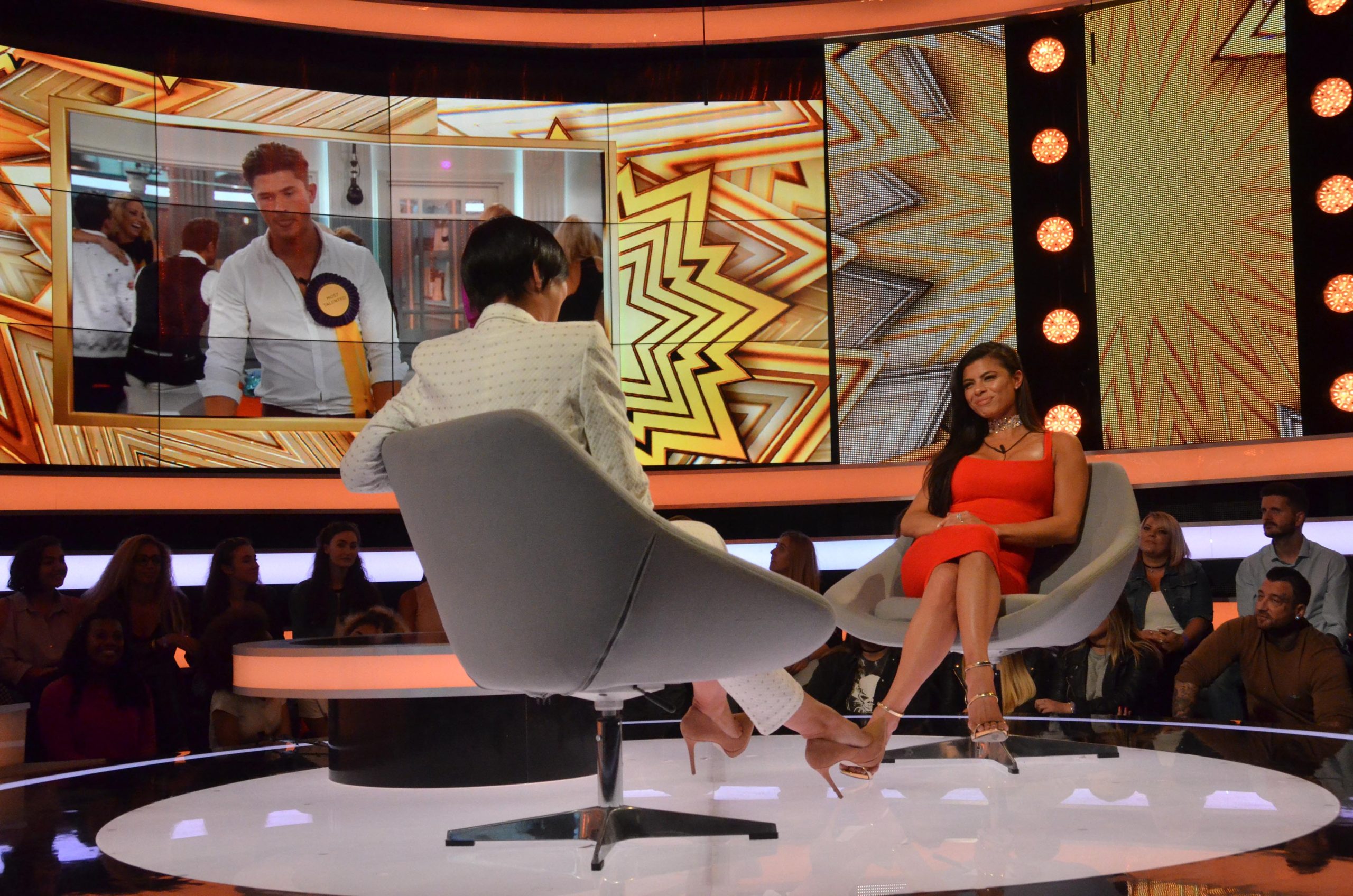 Marissa has become the first person to leave the Celebrity Big Brother house. Earlier this evening, Emma spoke live to the house and revealed that Marissa had recieived the least votes to save, and had become the first evictee of the series.

Speaking to Emma upon leaving the house, when asked about whether she was surpirsed to have been evicted first, Marissa replied: “I don’t think I have enough support out here. I felt like I was underdog since the second I came in. The other members in the house were definitely more known than I was.”

Asked if she wanted to win, Marissa told Emma: “I would have loved to. I got cheap-shotted. The person who put me up, I know he regretted it.”

On her killer nomination, Marissa said: “There was allies in the house. Even if people weren’t friends, there were people who knew of other people. It was easier to target someone you didn’t know.”

Emma quizzed Marissa about Jordan: “He was fun. I wasn’t really taking his actions seriously. I didn’t really know how he felt up until yesterday.”

On whether she will see Jordan outside of the house, Marissa told Emma: “I’m definitely going to see him on the outside. He’s amazing. He’s a good soul. He’s very animated, he’s full of life. But I love that about him. He’s well-rounded.”

On Chad and Amelia, Marissa said: “I think we created something out of nothing to be honest.”

Finally, Marissa  went on to reveal that she would like Jordan to win.

They might be safe for now, but another housemate will booted out this Friday in the second live eviction. Stick with Big Blagger to find out who faces the chop.