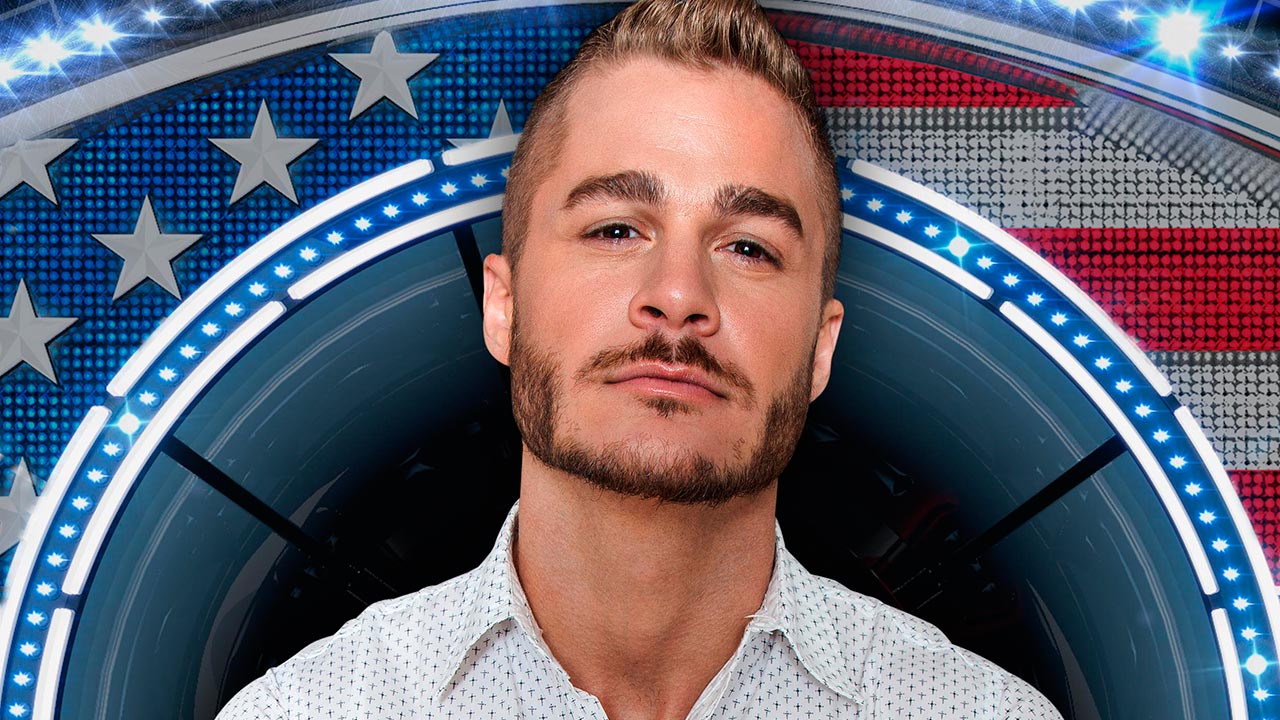 The housemates have finally entered the Celebrity Big Brother house.

But we exactly are these housemates and what can we expect?

And? “I would hate to see Farrah Abraham walk through those doors because I have heard nothing but terrible things about her. This bitch is just a bitch.”

Who? Finalists on last year’s X Factor. They recently announced their engagement on This Morning.

Why are they going in the house? The couple are keen to prove that their relationship is real and not a ‘showmance’, with Chloe saying: “That really upsets us… we really do love each other so much.”

And? The pair have assured viewers that they will not have sex while they’re in the house. Or as Stevi delicately puts it: “I’m not going to bang, no way.”

Who? Best known for his role as DCI Frank Burnside in former ITV police series The Bill. Also won Celebrity Come Dine with Me.

Got it. And? His worst nightmare would be former contestant Perez Hilton. And he may “go all out with the Americans over capital punishment if they are in favour of it. I am a member of Amnesty International.”

Who? Actor and the eldest of the four Baldwin brothers. He’s probably most famous for starring in the movies Mulholland Falls and Vampires.

Why is he going in the house? “I find it quite fascinating. It will be an interesting emotional and psychological test for a lot of people and I will find it fascinating to watch.”

Got it. And? He’s currently sober, but is looking forward to seeing fellow housemates getting tipsy. “I had to stop. But it doesn’t bother me to watch someone have a drink. It’s quite compelling to watch them become more and more foolish.”

Who? US reality TV star who first appeared on 16 and Pregnant in 2009, followed by its spin-off show Teen Mom. She gained notoriety following the release of the sex tape Farrah Superstar: Backdoor Teen Mom in 2012.

Why is she going in the house? “For me it’s because I can look at this as work and as a learning experience and I just love the opportunity,” she said.

Got it. And? On her best-selling sex tape, she’s said: “I don’t believe in shame and I am not ashamed of sexuality because everyone has had sex, we’re adults. I have talked about everything to a lot of people so I am comfortable.”

Who? Responsible for the ever-so-catchy hit ‘Be Faithful’ and is known for his rather unique shouty, loud on-stage voice.

Why is he going in the house? “People know Fatman Scoop and I want them to know the other Fatman Scoop. Part of the reason that I decided to do this is because when people see me in the street, the first thing they do is start dancing. And there’s no music!”

Got it. And? That nickname Fatman Scoop: “I loved ice cream! My parents would say, ‘Stop feeding that boy ice cream!’ But [my uncle Jack] said, ‘I don’t care, give him what he wants!’ He nicknamed me Scoop and it stuck. Then of course I was a fat guy, so it was Fatman Scoop.”

Who? Former model and Scottish TV presenter whose bare bottom was once projected on to the Houses of Parliament. She suffers from alopecia, which can result in an almost a total loss of her hair.

Why is she going in the house? “I didn’t think I would want to but when the offer came, because my daughter is a teenager and it’s a cool programme, I thought it could be a bit of a laugh.”

Got it. And? On her publicised battle with depression, the star said: “I don’t mind talking about it in the house. Tabloids can bring it up in a way that sounds like I am totally depressed all the time, which is not the case.”

Who? Outspoken former contestant from The Apprentice, in whom Lord Sugar saw “sparks of entrepreneurialism”… until he fired him.

Why is he going in the house? James was “honoured” to be asked to take part in the show and found it an offer too hard to refuse. Even though he’s also admitted he’s never watched it before.

Got it. And? “I am a clean freak. I hate people leaving dirty bathrooms. That’s disgusting isn’t it?”

Why is she going in the house? Because she loves British men and she’s a “monster” competitor. “I certainly love the UK and I love British men. I do like the idea of competing and winning. I am a monster!”

Who? Member of girl group Atomic Kitten and currently in a relationship with 5ive’s Ritchie Neville, who she met during the addictive (and sometimes car crash) reality TV show The Big Reunion,

Why is she going in the house? The singer has revealed she’s hoping her stint in the CBB house could lead to a solo career. “It would be nice to do some music on my own in the future. It’s a huge passion of mine and since the Atomic Kitten days my voice has really matured. It doesn’t sound anything like it used to and when I sing a lot of people say, ‘I didn’t know you could sing!'”

Got it. And? Ex-housemate and fellow Atomic Kitten star Kerry Katona was happy to impart advice. “She didn’t give me any negatives, she just said, ‘You’re going to love it, good luck!’ As soon as I walk through the door the game has begun!”

Why is she going in the house? There are two reasons behind her decision to enter the house. “One is called Olly and one is called Molly, and they are my grandchildren.”

Got it. And? “People having relations in bed next to me will annoy me, only because it has been so long I can’t remember how you do it!

Who? Former Playboy model, sex tape star and reality TV star who unsurprisingly caused outrage by posting the article ‘Why I Sympathise with Hitler: Part I’ on her blog. She also starred in her own reality TV show A Shot at Love with Tila Tequila.

Why is she going in the house? In a bid to stay out of prison. “I think it’ll be a perfect environment to let loose. I could let loose in real life but I would probably go to jail!”

Got it. And? She’d also love to “suck Tom Hardy’s nuts. But he’s not coming in so it’s all good.” And despite all that sex talk, Tila will try to avoid sex in the house. “Even if I wanted to sit on your face all night with cameras on me, I definitely don’t want any of that on film. Maybe under the sheets! I’m always going to be with a blanket in the house so if you see me with a blanket you’ll know why!”