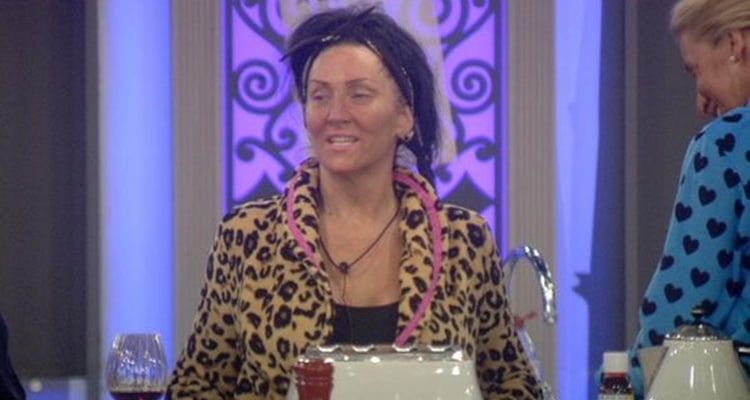 The Drag Race judge becomes the first contestant to leave the house in tonight’s final (February 6).

The US star posed for the press as cheers and Whitney Houston’s ‘Queen of the Night’ rang out across the Big Brother lot.

“I knew what I was up against with those four as they’re all brands and I’m a girl from a show on Netflix!” Michelle told host Emma Willis.

“But I’m a massive fan of UK culture, it’s true, and I’ve watched every season of Celebrity Big Brother.

“This was all that and more; this was hell compared to all other seasons,” she continued

“Leo Sayer, Gary Busey – they ain’t got nothing on this!”

When asked about her reaction to the conflicts in the house, Michelle said that her “being a Virgo and a woman who’s in control” meant that she didn’t have time for “petty drama”.

Describing Perez Hilton as “Lord Voldemort”, Michelle admitted that it soon became obvious to her that he was in the house to “make a name for himself”.

“The funny thing is he knows Katie Price as much as he knows me, and he’s been all in her… hoo-ha,” she told Willis.

When Willis brought up her friendship with Katie Hopkins, Michelle admitted that she hadn’t expected to get on with the outspoken columnist.

“What I knew of her I hated and that’s the truth,” she explained. “I told her to her face from day one.

“She’s right, I’m left and there’s some love in the middle… she wouldn’t dare cross me; she’s not that dumb, she’s a smart woman.

“Was it tactical? Possibly, but I do believe the friendship is real,” she added.

“She described the gay community as ‘the smartest, wittiest people I know’ and I was like ‘Right!'”

“C’mon Team Katie,” Michelle concluded. “I love Calum and he’s been my rock, but Team Katie all the way!”