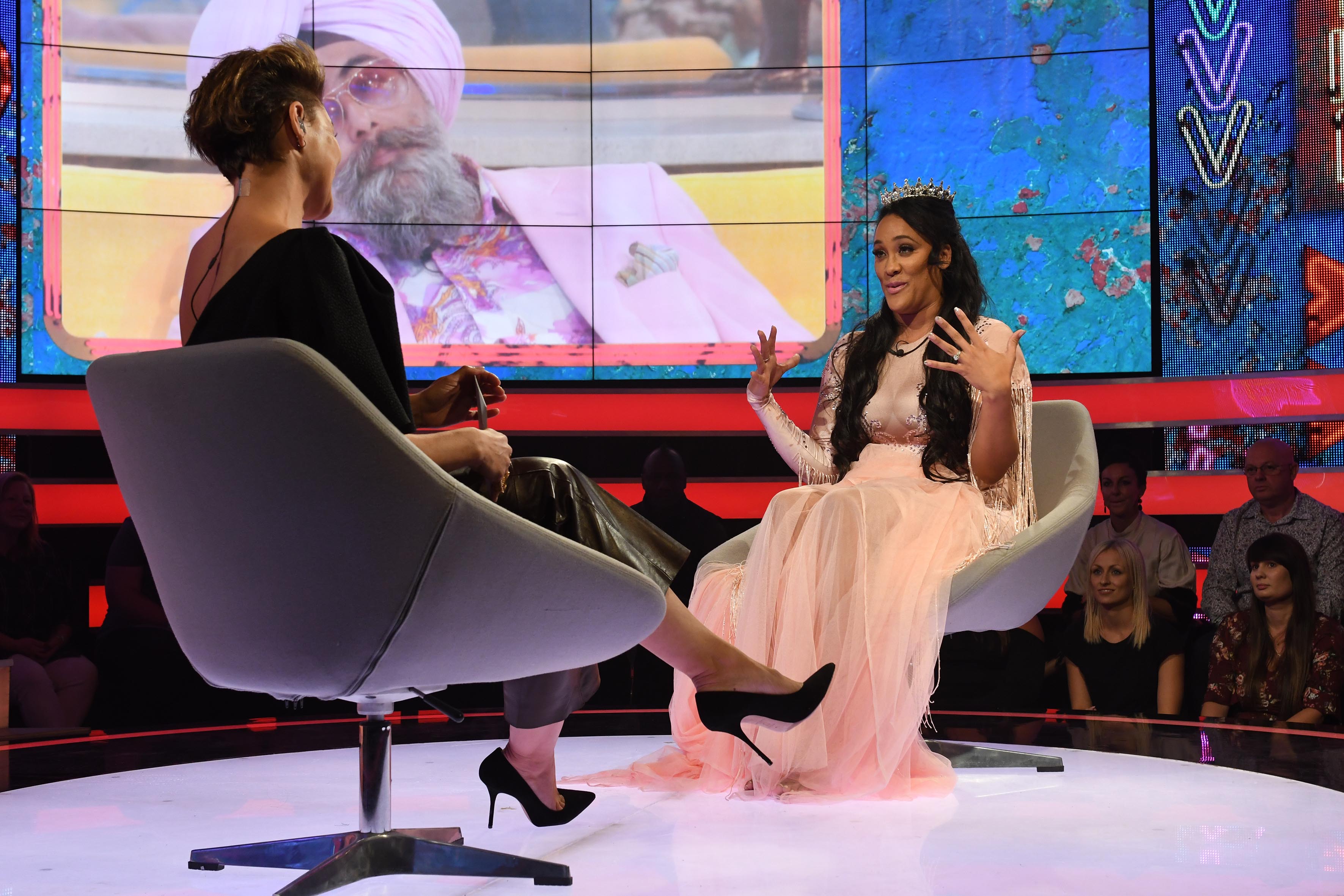 Natalie has become the first public eviction casualty in the latest series of Celebrity Big Brother.

Earlier this evening, Emma Willis revealed live to the house that Natalie received the fewest votes and would be the first housemate to leave Celebrity Big Brother August 2018.

Following the long, lonely walk to exit the house – Natalie was greeted to boos from the crowd.

Speaking to Emma, Natalie revealed she felt: “Overwhelmed, it has been interesting but fun… it’s been great.”

Discussing her tendency to kick off, Natalie said: “There has been a lot going on in the house so much. We are in there twenty-four hours a day. There are definitely people I will miss and those I could not care less about seeing again.”

When asked why she was evicted “I guess it was bad timing I went off just before nominations took place.” She continued “I feel that Gabby is a very sweet girl but she kicks off as well…she was snapping back at me”

Who’ll be next to face the chop – stick with Big Blagger for all the latest.