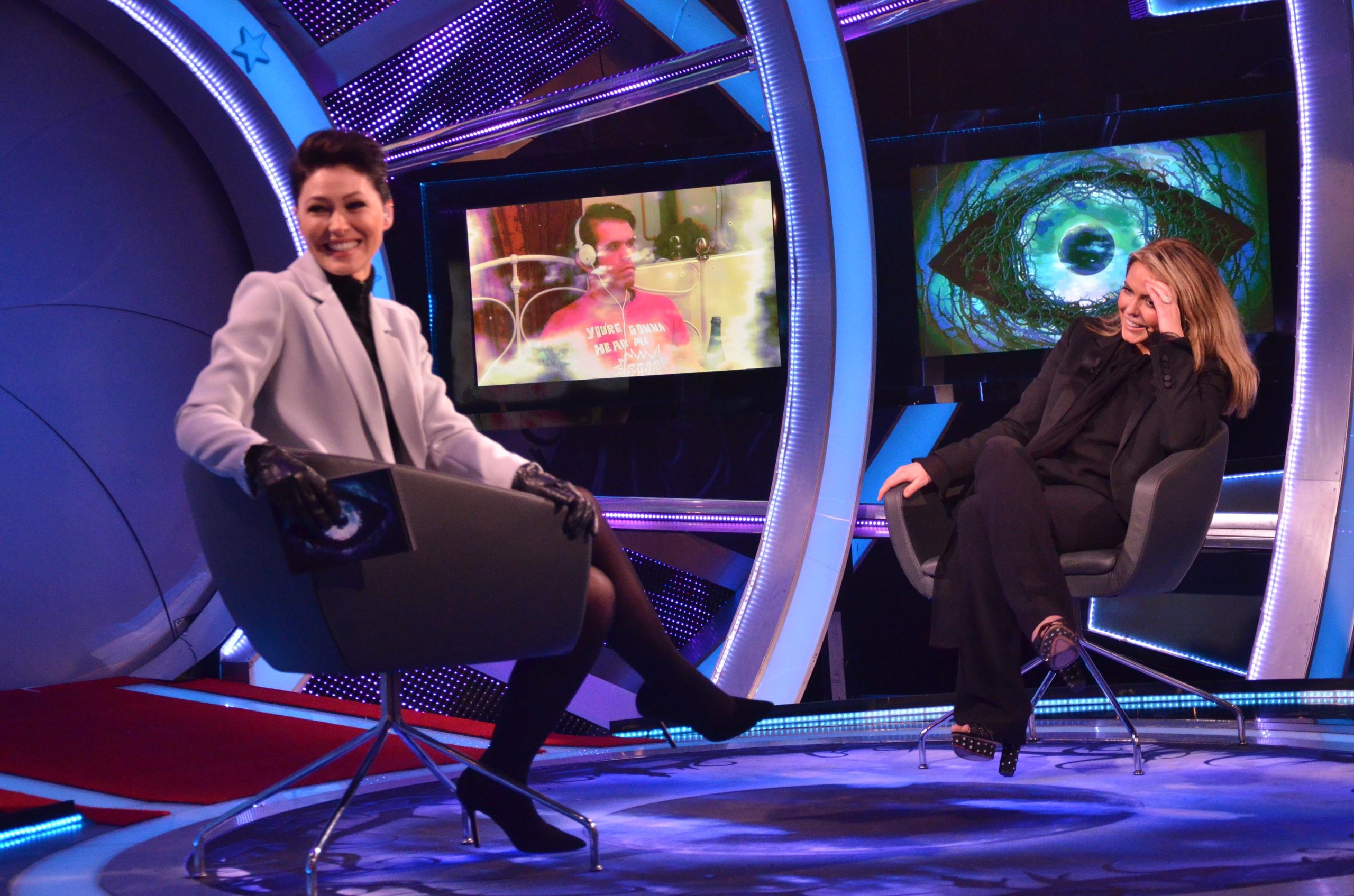 Patsy became the third Housemate to leave the Big Brother House, to cheers from the audience.

She said she was “trilled” to be out of the “madness” of the House, and thanked the British public for voting her out. She then explained that she didn’t want to get involved in the fights admitting, “literally day two, it went crazy!…I’m really happy to be out!”

After seeing who nominated her, Patsy said “You can fight with the world every day if you choose to, but I’m a very different person to who I was ten years ago…there were a lot of egos clashing and I didn’t want to go there” She went on to add, “I’ve laughed my arse off in there” Patsy then described Cami-Li as “fabulous” and admitted, “I do have strong opinions but I didn’t go in there to change anyone…The war is over for me now, thank God!”

Emma then showed Patsy a selection of clips of her “spreading the love” and Patsy admitted that “it was consistent!”

When asked about Katie Hopkins and Perez, Patsy said they “were very similar” and described living in the House as a “war zone”. She admitted that she’s “very set in her ways and happy to go back to them”

Patsy then described Nadia as “very strong” admitting that even though she loved Perez, she also told him when he was playing up, adding “I stand by Nadia and think she’s amazing”

When Emma tells Patsy that Perez is in a secret room, a shocked Patsy shrieked, “What? I can’t fu*king believe it!”

Big Brother then played a video montage of Perez into the House, to the shock of the remaining Housemates.

Perez re-joined the House and was greeted by all the Housemates, apart from Katie Hopkins and Cami-Li.

Emma then informed Perez that the public have been voting to decide if he will receive a pass to the final, or face eternal nomination.

It is revealed that Perez will face eternal nomination – a result that made Perez very happy!