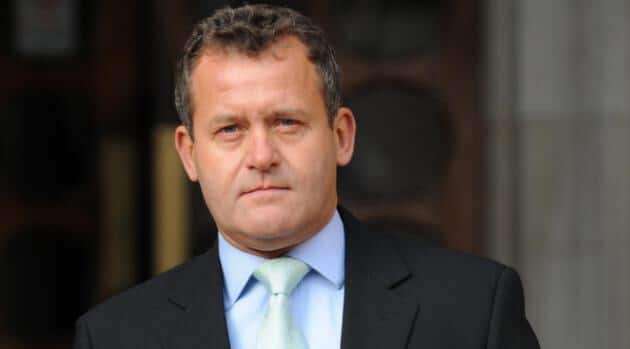 Ex Royal butler, Paul Burrell has entered the house as part of this week’s “Monarchy” task

Paul is not an official housemate, and instead has been put into the house to train Team USA on how to wait on Team UKs hand and foot in true royal fashion!

Paul will be on hand for the remainder of the week, setting the Americans specific tasks.

Speaking earlier, Paul said “I’m apprehensive because it’s a totally alien experience. I’m taking in a set of skills to educate the housemates. I’m not a real housemate though – I’m there to help so I’m not competing with them.”

He continued: “I have met some of the world’s most important people – kings and queens, presidents and first ladies, movie stars and The Pope. I wasn’t intimidated by them, so I won’t be intimidated by the people in the Big Brother house.”

Paul is set to stir things up in the house – as if they needed it! – adding:

“I know I’m not going to be liked by everyone because no-one is, but I’m not a quitter. I like a challenge. I love people.” He continued; “There are some great characters in this house and there are people who I wouldn’t normally meet in my life.”

What effect will Paul presence have in the house?

Stick with Big Blagger for the latest from the house!