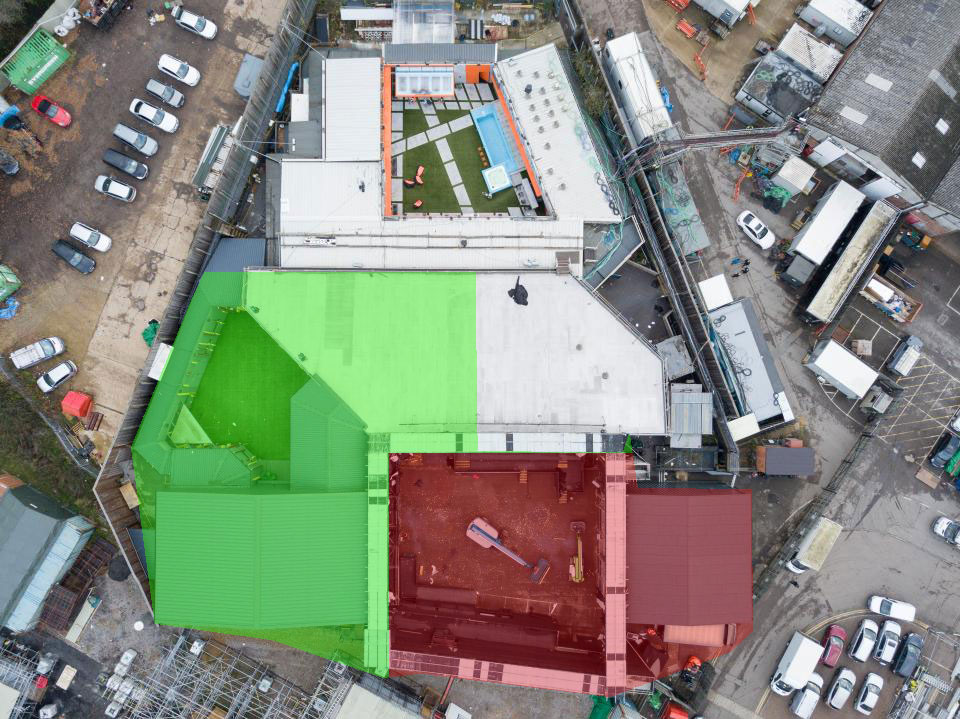 Fresh pictures have emerged showing the progress made on demolishing the Big Brother house which has stood at Elstree Studios for the last 16 years.

Work to remove the Big Brother house started last November following the finale of the final series to air on Channel 5.

The ‘Orbit’ studio which was used by Emma Willis to interview housemates has now been completely demolished from the compound, along with the shows production village.

In another photo that has emerged, work to demolish the main Big Brother house has also begun, along with the new extension which was built in 2016.

Half of the main house has now been demolished, including the section that housed the iconic entrance to the house.

We’ve marked the parts of the compound in red below that have already been removed, the parts in green show what is currently being demolished.

Meanwhile, Big Blagger understands that discussions with Netflix over them securing the rights for the show are ongoing.