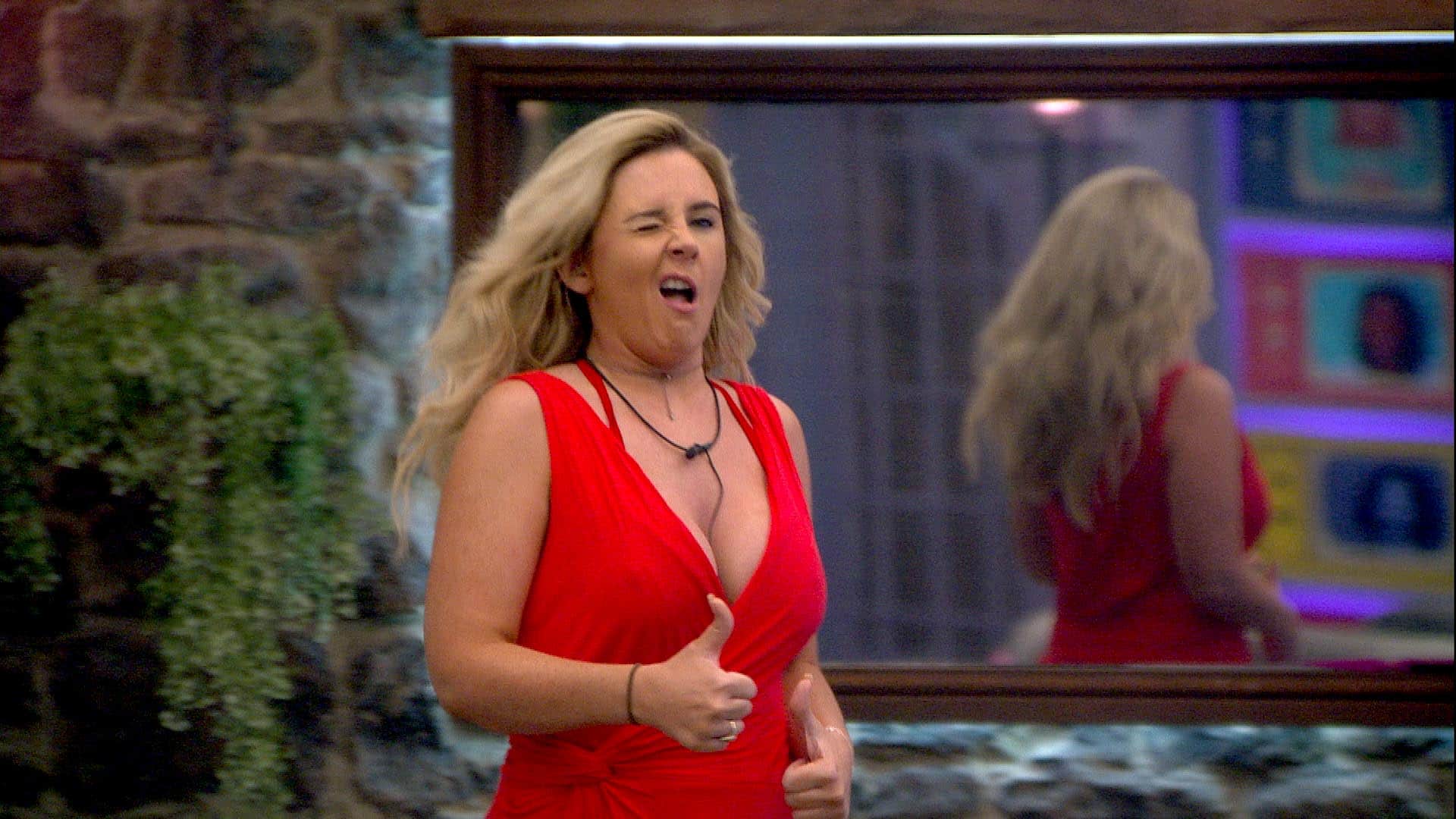 Rebecca Jane has become the third housemate to be evicted from the Big Brother house this evening.

Earlier this week the housemteas nominated CHANELLE, HANNAH, JOE and REBECCA to face eviction. Since Tuesday the Britsh public have been voting to save.

The housemates had no idea that an eviction was taking place tonight, until presenter EMMA WILLIS announced live to the house that the person with the fewest votes and THIRD to be evicted was REBECCA.

Following the announcement, Rebecca said her goodbyes and left the house, greeted by Emma and mainly boos from the crowd.

Rebecca told Emma on being evicted: “It’s disappointing…it is what it is.” On the crowd reaction: “I was expecting massive boos! It was fine…Joe or Hannah need to be sat here.”

Rebecca on Chanelle: “Chanelle is a dark horse. She is in Deborah and Hannah’s camp. I’m not shocked by her nomination.” She added: “I’ve watched Big Brother before…I definitely have a few personalities and showed them in the house!”

Rebecca on Joe: “I’m true to myself! He’s a horrible man. He went lower than low. He gives his opinion and doesn’t care about others.”

Rebecca on Kieran: “Only seeing a couple of sides of his personality in the house. He’s a great guy. He’s definitely just a friend but there’s chemistry. We’re more flirtatious on the outside.”