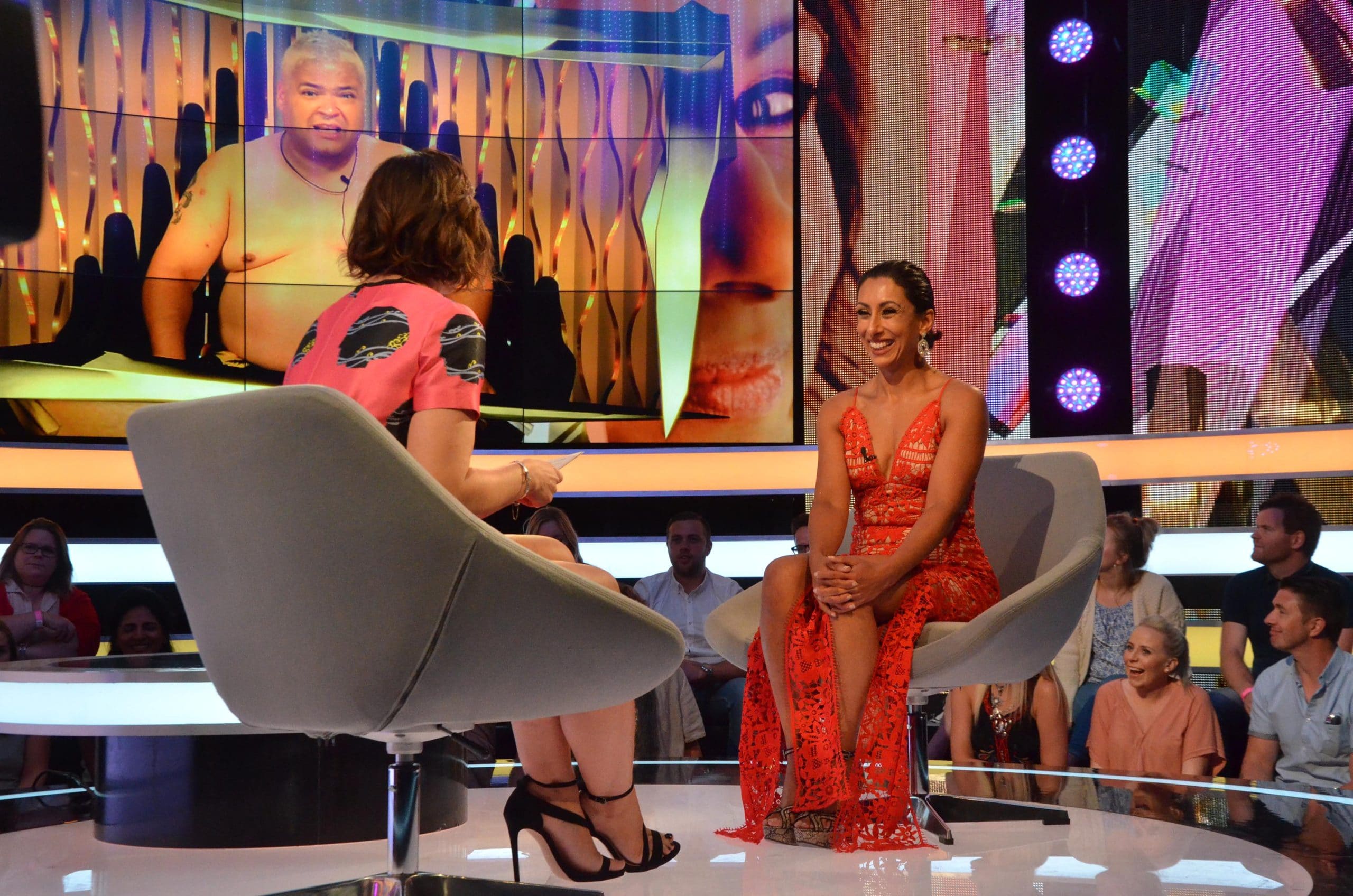 Saira has become the second person to be evicted from the Celebrity Big Brother house.

Following the announcement, Saira said her goodbyes and left the house, greeted by Emma and a mixed reaction from the crowd.

When asked by Emma how it feels to be out Saira grinned: “Its’ just great to see normal people.”

Talking about the other ‘big characters’ in the house Saira said: “I don’t know, for me I just felt I was either being two faced or being alright.”

Emma then revealed that James, Chloe, Aubrey, Katie, Heavy D all nominated her, she said:”I’m surprised by Katie just because I didn’t get to know her but think she’s quite influenced by her little clique.”

When asked if she felt that she forced her opinions on people she replied: “I an opinionated person and we come from different place, I think I should use this (mouth) less and listen more. I knew that some people in there got me like Ricky and Sammy Fox.”

Saira added: “I have an opinion and I find it very different when people don’t, I think a lot of people are sitting on the fence, I am opinionated, I don’t think it’s a bad thing, I tried my best to reign it in but it is a madhouse.”

Speaking about Bear, she said “I have had a journey with him, honestly, he’s a prankster, he’s a young lad having fun, he’s on the trip of his life, he takes it too far, if you give him attention…, deep down he’s a good man, I felt it, I don’t think I would say that if I didn’t mean it.”

When asked by Emma about Lewis and Marnie’s ‘relationship, she replied: “It’s been 12 days, in 12 days, I think you make a friend, they say it’s genuine, all I can do is respect that.”

She added: “I’ve come out and I see people, and myself in a different light, it’s been a journey.”

Finally, Emma asked her who she would like to win, and she replied “Samantha Fox.”

Emma then announced the next twist – that the 3 safe Housemates will deliver killer nominations face-to-face TONIGHT!

Over the next three days, Housemates will play a game of chance during a week of risk taking. Every decision will come with a cost that will leave ONE housemate paying a hefty price. What will that price be? Stick with Big Blagger to find out!