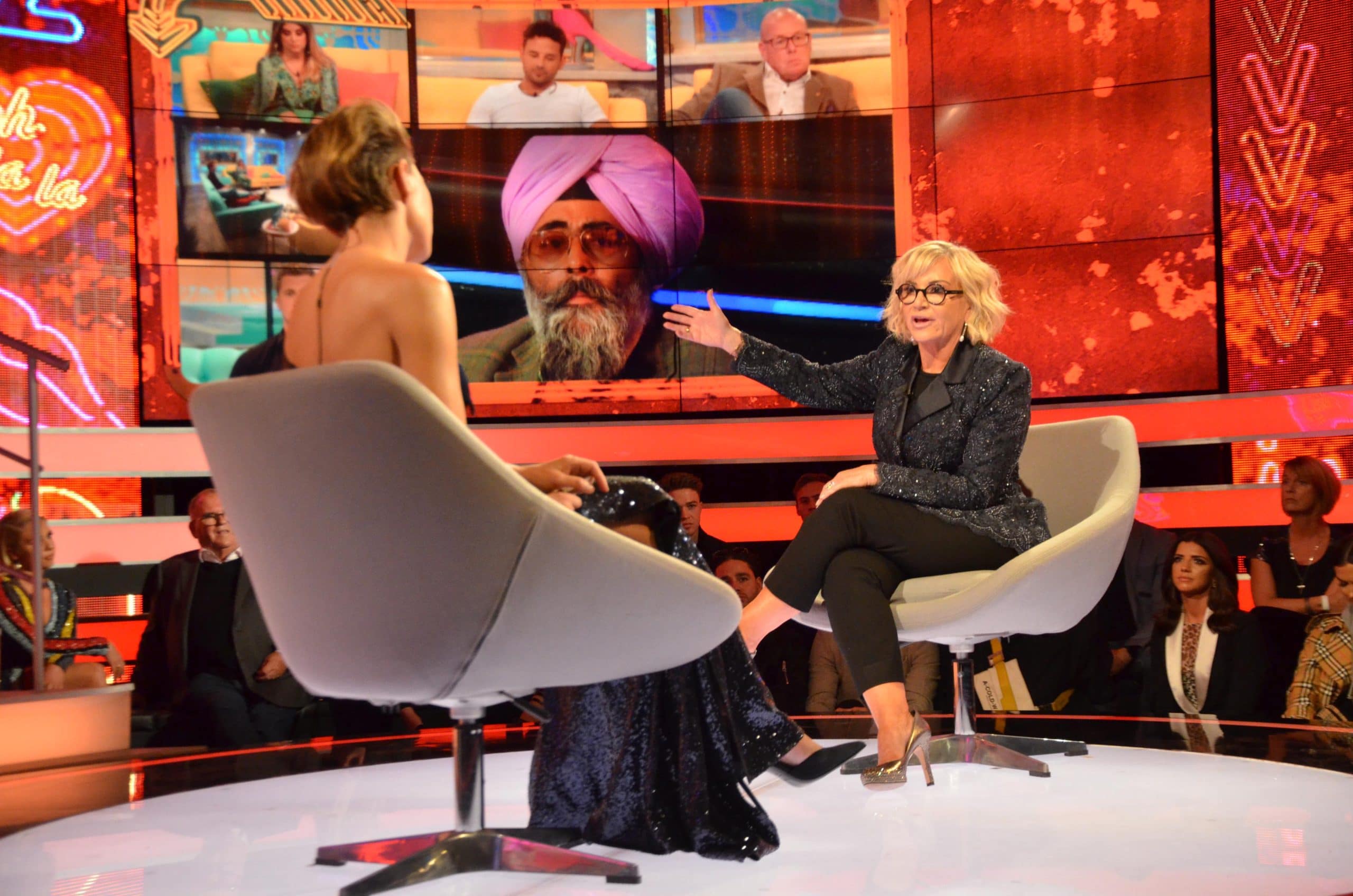 Sally Morgan has placed 5th and is next to leave the Celebrity Big Brother house.

Speaking to Emma upon leaving the house, Sally said her experience was “an amazing psychological experiment, it was life-changing”.

She added it was tough in the house and having to spend 24 hours a day with strangers.

Asked about her relationship with Hardeep, she said she felt “Hardeep was someone who had his own view on things” and that she felt he found her very boring and that he was only tolerating her. She added, “I am who I am, and I speak very plainly”. She also said she didn’t feel like Hardeep’s apology was sincere.

Emma then asked if she thought they might get along better in a different situation, Sally continued “(his behaviour) was unnecessary” and that what he has accused her of “could ruin a person”.

Shown the clip of the incident between Ryan and Roxanne she said: “I didn’t see any incident”.

Who will be your 4th place runner up? Stay with us to find out!