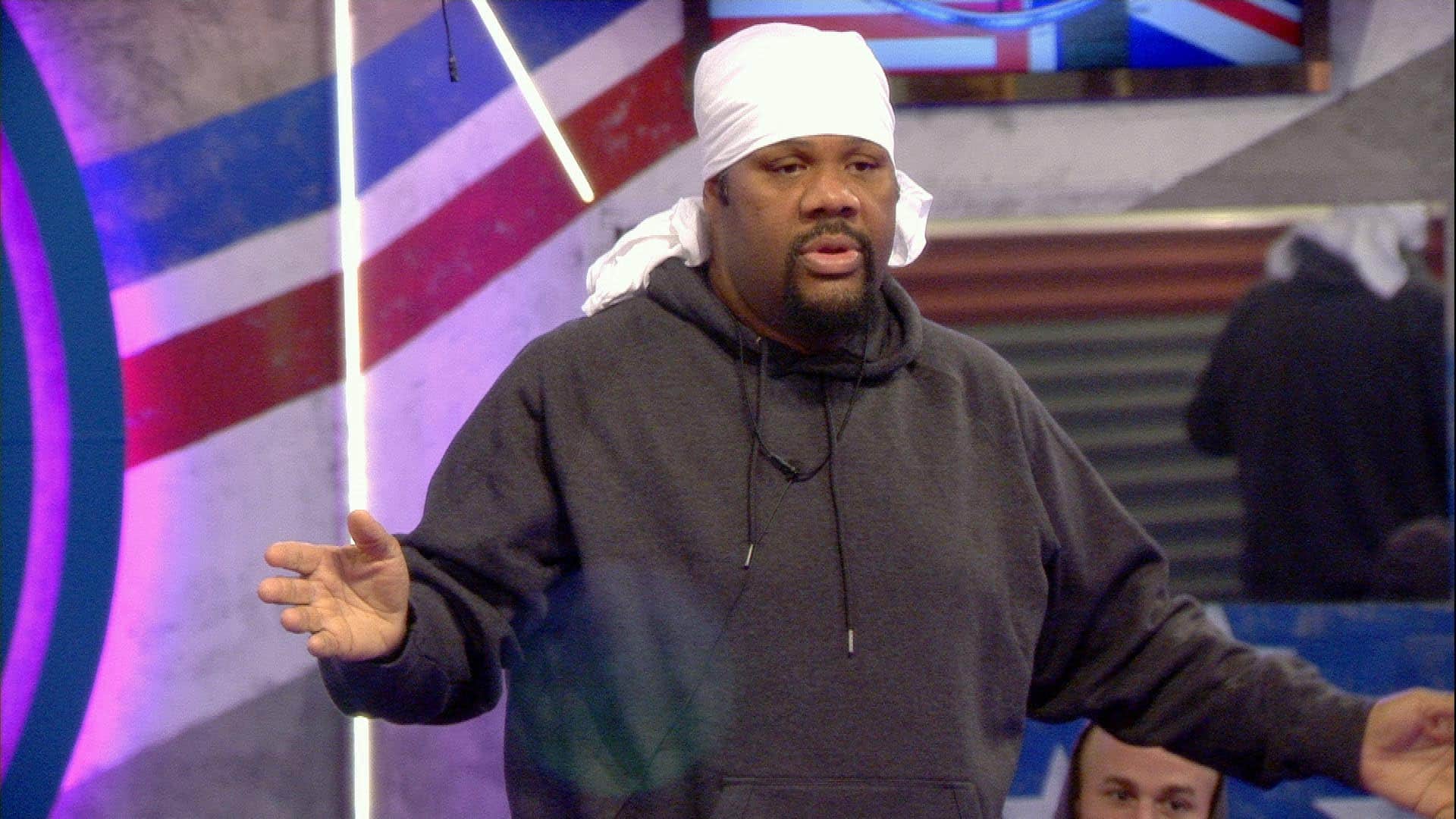 For today’s task it’s Team USA vs Team UK in a giant hot dog competition.  They have to dress up as giant hot dogs.  Housemates have to take turns greasing themselves up and sliding into a hot dog bun.  The team that manages to get closest to the target collectively will raise their flag for their country, elect their country’s President of Prime Minister and take control of the House.

The American team wins the task.  Austin raises the US flag and all the Housemates salute.  Janice leads a rendition of the American anthem and the rest of the Housemates join in.  She continues singing even when the music stops playing out.  Everyone cheers for Team USA.

Having won the task, the Americans have to choose who will become president of the House.  Jenna chooses Fatman Scoop “because he is inspirational, always has fantastic things to say and would make a really great leader.”  Farrah chooses Scoop because he “keeps the peace.” Austin also chooses Scoop because he is “passionate…driven…” Scoop chooses Jenna, “I know Jenna is the one person who can unify all of us.”  Janice votes for Scoop, giving the following reasons, “Ladies and gentlemen of the house. Scoop is righteous, diplomatic, a wonderful father…friend…he taught me respect. For those of you who don’t know, he’s alright.”  She adds that these reasons are “from the bottom of my heart.”  Fatman Scoop is confirmed as President of the house and says, “really I’m shocked because I’ve never been voted for anything. I’m about peace, love, respect…I’m not going to use my power to make you run around like damn fools…respect and class.”  Scoop is now in charge of the Big Brother household.

The housemates are gathered on the sofas to hear Big Brother’s announcement.  President Scoop is called to the Diary Room but he is visible to the other Housemates via a plasma screen.  Big Brother tells the house “today is a great day for the American Housemates.  All American Housemates have won immunity, only British Housemates are eligible to be nominated.”  Scoop is then reminded, “your first duty as President is to deliver a killer nomination.  For the past few hours you have been considering your decision.”  Realising the other Housemates now know about his predicament, he says, “it is what it is,” adding, “I am going to pick Chris because, in my opinion, he is not bringing the most to the household…some people bring comedy…entertainment…”  He concludes with his feelings on making the nomination, “I don’t like it.”  Janice is first to comment on the nomination, “I don’t agree.”  Chris admits, “I do,” adding, “I would be very glad to go home.”

In the Diary Room Chris says, “I’ve never been upset by anybody in here…I probably haven’t given much to the house. I’m an actor. I just wait for the script to come. I’m not good at playing games. I’m not good at this.”  When reunited with his Housemates, he hugs everyone and says, “I’ve been round the block…this is not the worst thing that has happened to me.” Janice tells him, “you’ve taught me how to be reserved…that’s a f*cking miracle.”