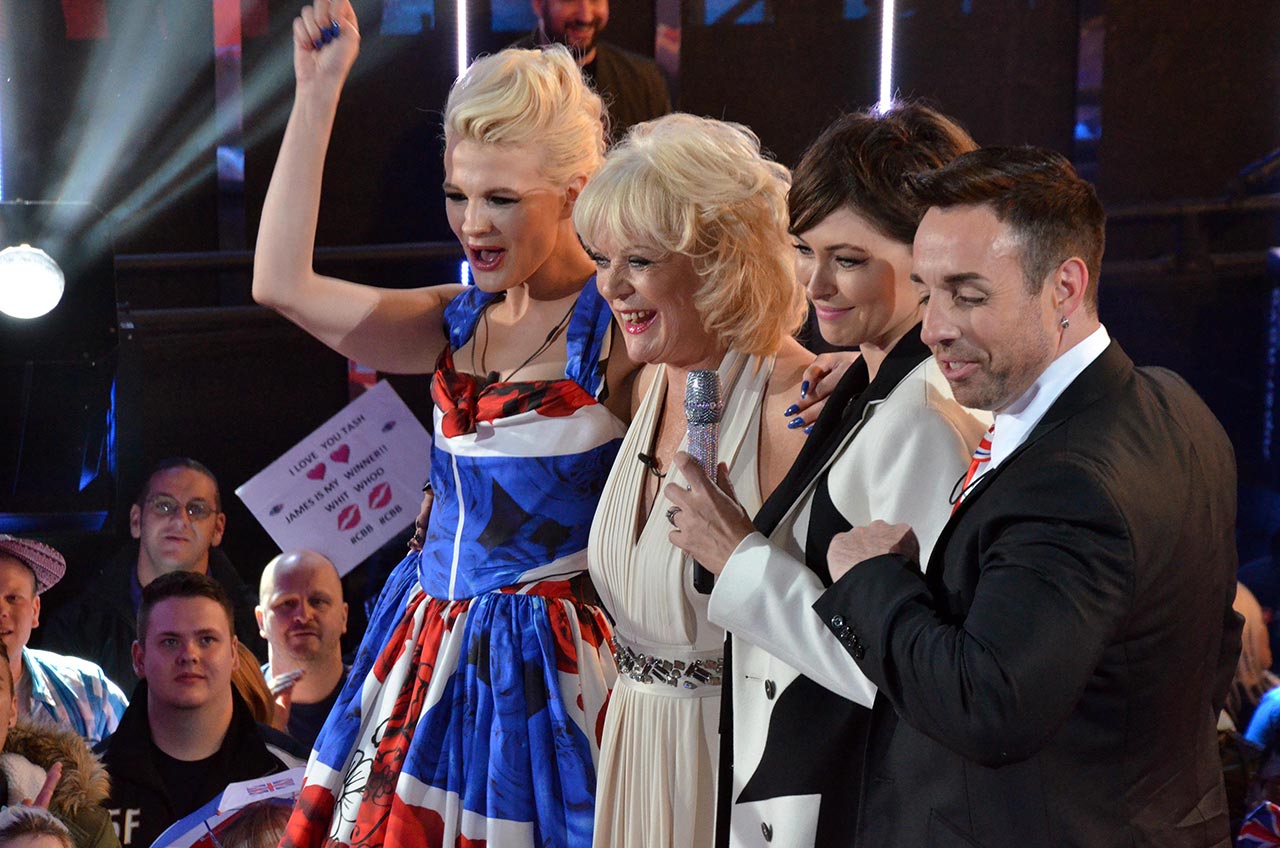 On hearing the news, SHERRIE said, “thank you.” CHLOE JASMINE wished her housemates good luck as she walked up the stairs and out of the house with her fiancé STEVI.

In her post eviction interview with Emma, Sherrie described her experience in the house: “oh my Gd…I have to say…I have had the most fantastic time but it has been an emotional rollercoaster …  I’m sorry for the snoring and dreadful spanking that I’ll never get over or live down.”

She added, “it’s a rollercoaster of emotion and I loved everyone.  Chloe I really adored.”

However, she admitted that the hardest thing to deal with in the house was: “for me it was the nominations…and seeing them evicted…it hurt inside to see them go.”

On hearing the public considered her to be boring, she said: “you don’t know what to expect…there is no way I went in there to be anything but myself.  Nobody came at me…so I didn’t attack them…I’m normal…I’m not going to pretend and f and blind. I was what I was. I am what I am.”

When asked what it was like to live in the thick of it,Sherrie said, “I was in the bath all made up. I wasn’t going to take my clothes off with all those boys around. I was always just coming in when people had had the most horrendous night….the house nana. That was how I stayed. I cared for everyone.”

On her comments in the house that James was playing a game, she said, “I think James is a player and he said, ‘yeh, I’m a businessman’…I [told him I] didn’t like the fact that you voted for Austin…we had an argument. He said you’re wrong, I said you’re wrong and that was it.”

Emma then turned her interview to Stevi and Chloe Jasmie who took FIFTH place.

When asked what it was like being a couple in the house,Stevi said “we coped well.”  Chloe Jasmine added, “we don’t know any other British couple who have moved in to the BB house…. we’ve learnt so much from being in there.”

On claims they were being fake, Stevi said, “we just carried on being us…with a lot of PDA…”

Chloe Jasmine added, “nothing is more serious than passion, Emma…we had to really reign it in sometimes but we were really true to ourselves.”

Emma asked Stevi to explain what he meant by ‘needing a little break when he gets out,’ Stevi said, “I meant a break as in a spa….to see friends, family, my gorgeous daughter who I absolutely missed to my heart.

On her relationship with Janice, Chloe Jasmine said she loved “absolutely everything [about Janice]. Her exuberance…she was a confidant, friend.”

Stevi added, “I felt like a spare wheel sometimes. I loveJanice as well…she’s fascinating to watch…all the other housemates think she’s hilarious. She’s been herself. I just carried on being myself in the house.”