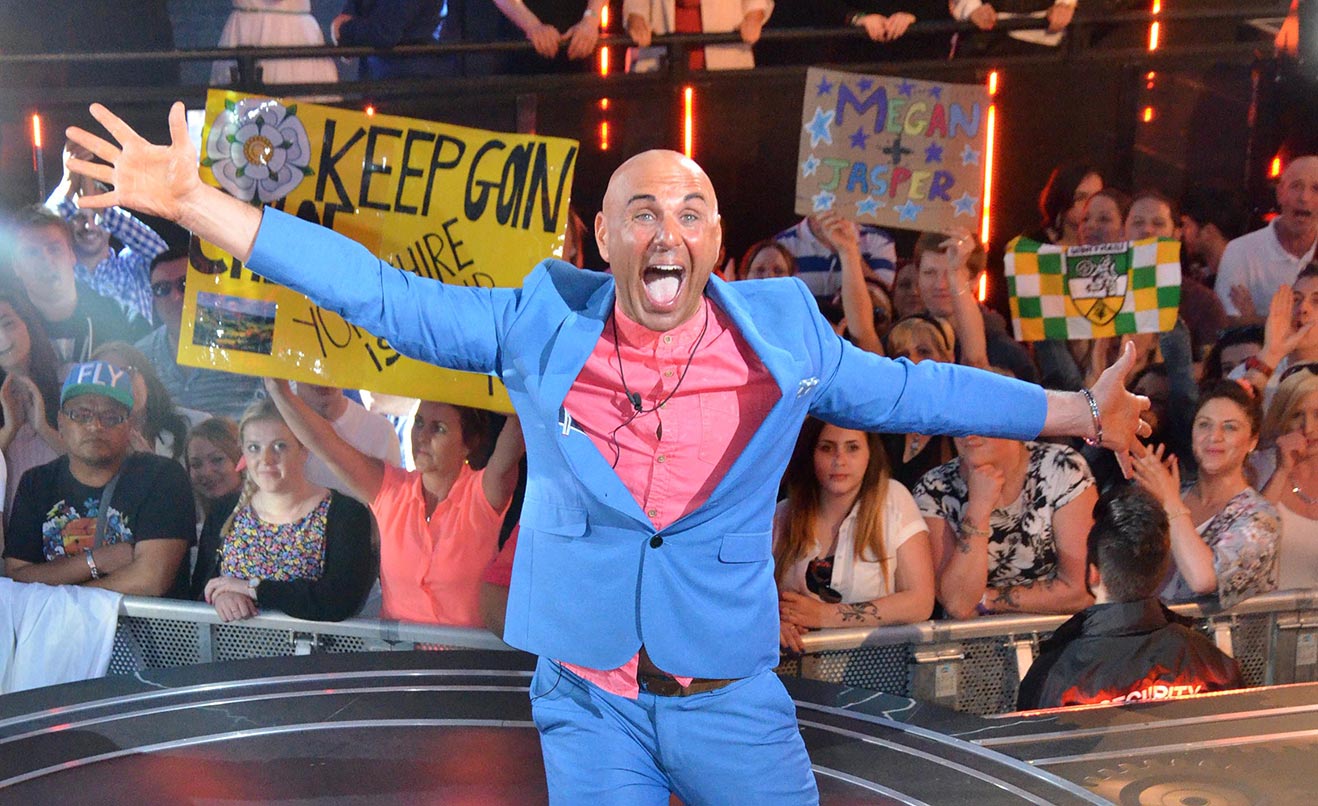 Earlier this week, in a game of nomination tag all Housemates bar Chloe and Marc faced eviction. The public has been voting to decide who should be the ninth Housemate to be publicly evicted from the Big Brother House. During tonight’s 9pm Channel 5 programme, EMMA WILLIS announced live to the House that the two Housemates with the lowest votes were Simon and Jack. Emma then went on to reveal that the next person to leave would be Simon with less than 1% between them in the vote.

Following the announcement, Simon had 30 seconds to say his goodbyes and left the house to be greeted by Emma and a mixed reception from the crowd.

Simon told Emma that he was “Jazz hands and showbiz but he can’t be showbiz 24 hours a day and the makeup comes off.” He went on to admit, “It is really tough in there, you lose yourself and it was tough being in a situation with people and forgetting about the outside world. It is like free therapy”

Simon went on to say “Marc is the brother I never had. I collapsed on the floor when he left I felt like my world had fallen apart. He was always there for me. I made a real friend with him.”

“I got to see the real Helen and she was really helpful to me and gave me some good advice. There are cliques it is a very young house and I felt the old fogey.”

Simon said that he thought Danny should win because he is honest and real and always there for him.

Simon wasn’t the only Housemate to leave the House this evening as legends Helen and Nikki also said their goodbyes.

Helen was the first legend to exit the House and was welcomed by a unanimous chorus of boos from the crowd. When she spoke to Emma she said. “The experience was more difficult than last year, it was a very young House and it is a very sensitive House.” Emma told her she had made an impact “It was a big honor to go on and do it, I found this year more difficult because of all the rows. I have probably come off even worse this year.”

Emma commented that they were a force “I said 20 times in the Diary Room that Brian made me feel very unnerved and he would snap over absolutely everything” Emma told Helen that her comments were outrageous “The comments were bad I did say that. He said various things to me on numerous occasions and the things he said to me were things I told him personally and he used it in every single argument.”

Helen went on to say “Nikki is an absolute fraudster, she has been known a lot longer than me but she slept for two weeks and was ill for two weeks. She only ever showed her personality when there was a task so I think that is fake.”

Helen said she would like Joel or Marc to win as they were consistent.

Nikki was the final Housemate to leave and unlike Helen was welcomed to cheers. Nikki spoke to Emma and said “I have had a ball I have loved it, it has been like a holiday. I am very nervous. I literally did nothing for two weeks. They made me feel so welcome and I loved getting to know them.

Emma commented two nights ago we saw her take on Helen and asked Nikki how she felt about that “I was scared, she was intimating she has no bounds and she doesn’t hold back. She takes things two far and resembles Satan.”

“I don’t know why she thought we were better than her. The only thing I had differently was a night away from the House. I think she was determined to fall out with me. I stayed on her good side for a week and I saw how she was treating people and I didn’t want to be part of it.”

“I felt I let Brian down as we always look after each other and what she said to him was so disgusting I was so taken aback. I found my strength the night after but I wish I had found the strength when he was there.”

“I was so revealed to see Aisleyne. It was like she was sent to save us all. Helen backed down as she knew she was knocked off her pedestal I felt so safe with her.”

“When Nick is just Nick he just shines and is such a unique character.” Emma asked her how she felt about Joel, Nikki commented “I am taking him to Soho but not on a date.” She went on to say, “I would like Nick to win and for Danny to come second, he is the nicest guy and that House needs someone like that.”

Emma went on to tell the Big Brother viewers that next week the House is turning into a Hotel and throughout the week would be visited by famous faces with the first one being John McCririck.

Big Brother returns tomorrow at 9pm on Channel 5. Emma will be back next Friday at 9pm for the next eviction.