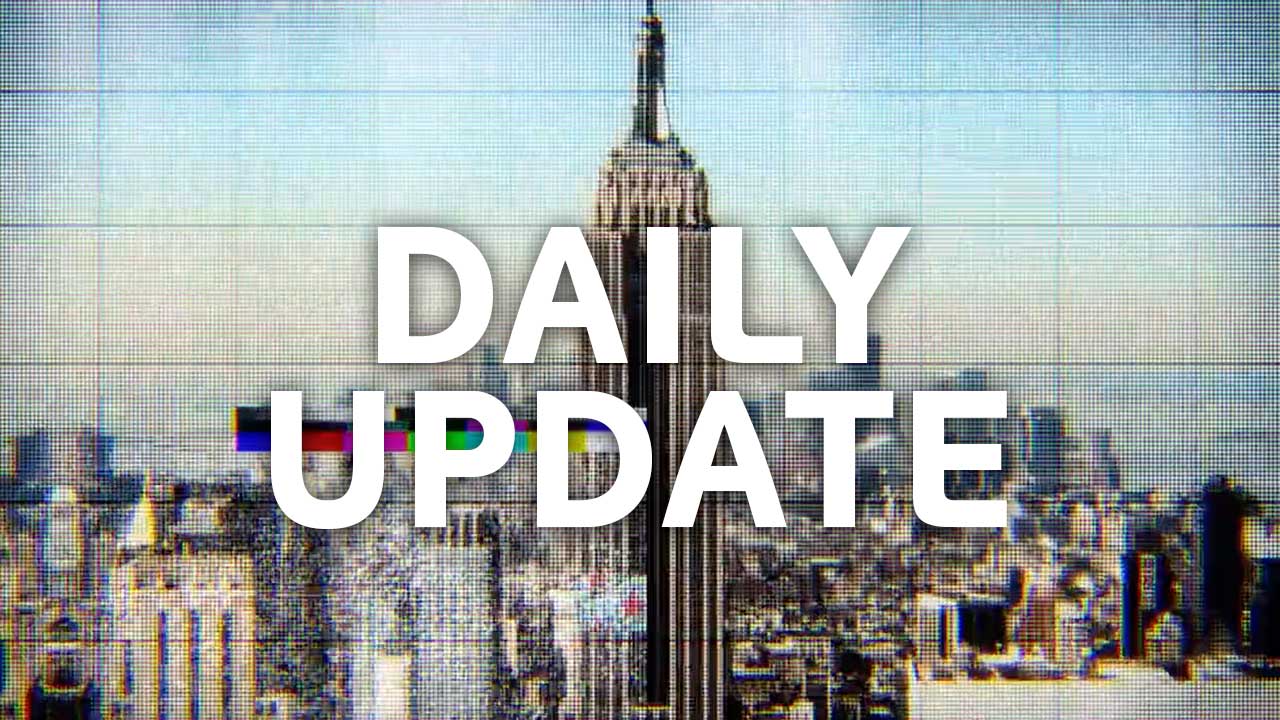 Tonight’s programme will feature highlights from the past 24 hours in the house, including Austin and Chloe Jasmine finally make amends, the Housemates are given a task mixed with treats and punishments and the Housemates discover that they are ALL facing eviction this Friday.

After surviving another eviction, Chloe Jasmine and Stevi are talking about Austin “he’s got some evil sort of look in his eyes when he sees us.”

Janiceis talking to Big Brother “last night Chloe Jasmine and Stevi were in complete shock…I think they’re going to take the crown home for sure because people love them.”

Austin and Jenna are talking about the eviction and the public vote.  Jenna says, “today I am not going to say anything bad.” Austin, “are you feeling alright?”  Jenna “just two people gone and it feels so much different.  Just kinda proves that Stevi and Chloe are hard to frickin oust, really hard.”  Austin responds, “the British public must know something we don’t know.”

James wants to get something off his chest with Austin, “you’re getting a bit too big for your boots, young man.  It’s not just with me.” Austin, “I’m an Aries which means my Saturn sun is setting in the east.”

Natasha is talking to Big Brother about the atmosphere in the house, “you can definitely feel the tension with certain people.  Austin’s getting quite agitated. His relationship with Janice has been up and down the whole way through and he’s not been happy with Chloe…so anything that comes from them is just going to blow.”

Austin has come to clear the air with Janice, “I owe you an apology about last night.”  Janice, impressed with his apology says, “I just didn’t put the stuff back in the fridge. Really appreciate it. Means a lot to me.” They kiss.

Austin has called a house meeting about cleanliness in the house. He is frustrated and they all agree that Gail did more than they realised in the house. He doesn’t believe anyone will pay any attention to the conversation or start cleaning up more, saying, “some people obviously don’t clean their homes.”

Farrahand Jenna are joking about whether they will be nominated this week, Farrah says, “if people feel like nominating me then thanks…thanks for thinking of me.” Jenna adds, “I really felt like packing again anyway.” James compliments Farrah “you have been quite pleasant for the past few days.”

Chloe and Stevi play clapping games in the bathroom.

Janiceand Bobby are talking about Austin, Janice says, “Austin is a bully…he just bullies Chloe and I won’t have it…Sherrie is queen, Natasha is queen, Chloe is a princess…” They talk about Stevi, “Chloe is the one with the talent.” Bobby adds, “I saw the glass half empty for a lot of my life”

Janiceis on a mission. Chloe Jasmine and Stevi are doing facials in the toilet. Janice says, “Chloe I’m not happy the way you put my jacket down on the heat, you don’t get to wear it anymore”

Sherrieis in the Diary Room, “everything is eating at people and they are snapping…I want to take Austin and smack him…James is trying to calm him down and saying you are just blowing every few minutes.”

Austinand James are talking in the garden shower. Austin decides he is going to apologise to Chloe Jasmine. James tells him “you do get involved in stuff that has nothing to do with you.” Austin throws James in the pool.

Austinhas called another meeting. He says, “Janice would you like to come over here for a second?” Janice refuses so he continues, “Chloe, first off I am extremely sorry about my behaviour, there are certain things you have to do to pick yourself up to be the happy positive women you are, there is a bit of envy because I can’t do that….You are one of the strongest women I have ever met in my life, you are compassionate and understanding and it is a pleasure to be around you.” Janice doesn’t like his speech, “I’ll accept it when it is sincere.” Austin apologises to the rest of the house. All the other Housemates accept his apology. Janice continues, “you pick on someone who is weak…what I am going to say to you is something that I would say to my own son, respect your elders, respect women…I truly truly feel that if this is coming from the right place then this is cool.”

For today’s shopping task, Housemates will be receiving a series of surprises. Some good, some bad.  Each Housemate must enter the task room and open a box and allocate surprises to specific Housemates. If each Housemate does the task allocated, they will win the task.  During the task Austindiscovers he must become invisible to fellow Housemates – Housemates are not allowed to interact verbally or physically with him.  James reveals he nominated Austin for this.

Farrahis to become the house foot masseuse.  On hearing the news, she says, “what if I’m scared of their feet…thank you guys, I appreciate it.”  She finds out that Chloe Jasmine nominated her for this task.

Natashareceives pictures of loved ones as decided by Janice.  All Housemates clap and look on with envy as she cries and says, “thank you so much.”

Farrahlearns she must be responsible for ordering the entire shopping list. Sherrie must become a Housemate from the opposing nation and chooses to be Janice for the day.  James must wield power over the house.  All Housemates must be at his beck and call until further notice. Bobby must go on a romantic date with Stevi and have a private meal together.  Chloe Jasmine says, “I’m so jealous” and Stevi responds, “I really wanted to choose Chlo but I thought I’d give you a go, Bob.”

Chloe Jasmineis told her task is to not swear and remain positive at all times.  Austin tells her, “it’s going to be a walk in the park with you.”  Janice has a selection of tweets from viewers read out to her.  Stevi must live on cold slop as decided by Sherrie, who claims, “It’s only slop.”

The Housemates are embracing the punishments and treats received.  Farrahis taking care of the shopping list, Austin is being invisible, Sherrie is behaving like Janice. She walks around saying, “this is Versace.  He thinks I am the best supermodel because I AM the best supermodel in the world.”

Bobbyand Stevi are enjoying a romantic date in the Diary Room.  Bobby says, “ the finest dish on the menu…your cold slop.”  Stevi has cold soup to eat and Bobby is enjoying steak and chips.  Bobby says, “you are such a lively date…I reckon we’re going to do alright together. A kiss perhaps?  Maybe not…”

While Janiceis enjoying a hot bath, the rest of the Housemates are conjuring the spirit of ‘Austergeist’ – the spirit of invisible Austin.

Once Big Brother draws the task to a close, it is revealed that FARRAH, BOBBY, JENNA, JANICE, SHERRI, AUSTIN, NATASHA, JAMES andSTEVI & CHLOE JASMINE will all face the public vote this week.  They are reminded that it is against the rules to talk about nominations or affect nominations and told that last night, in a conversation with Janice, Jenna said “next up is like nominations. How do we deal with this? I think I know a couple. Probably Janice.  I think we know who we have to weed out.” As this is a clear breach of nominations, hot water has been switched off in the house until further notice.  Jenna and Farrah are adamant they don’t remember having that conversation.

In the Diary Room, Jennais asked, “how do you feel about all Housemates facing eviction?  She gives a short response, “it’s natural.”  When asked how the Housemates feel about the lack of hot water, she replies, “I’m sure they’re very upset about it.”  Big Brother tells her she doesn’t seem very happy, to which she responds, “I don’t?  you’re so insightful.”

Austinis talking to Chloe Jasmine, “you are an amazingly strong person. There are some things that made me really upset…and like Janice said, you are one of the sweetest people.”  They hug and he adds, “I think you’re amazing…you are so fun to be around.”

Jennais feeling the repercussions of her rule break.  Talking to Farrah, Jenna says, “what am I supposed to do? There are so many tactics…no matter what we do, how much we comply…I’m ready to go home. Over it.” Farrah responds, “Jerra shouldn’t be over it, Jenna.” Jenna replies, “you know I’m doing everything I can.”

Janiceis sharing her thoughts on the conversation Farrah and Jenna had about nominations, “I really thought…I genuinely apologised to both of them and to hear that didn’t surprise me at all because true colours really come out.”

Austinis in the Diary Room also talking about Jenna and Farrah’s nomination conversation, “it’s interesting because last time there was a rule break, Jenna and Farrah were piiiissed. And she thought it was false and no one said anything about it.  When the tables get turned they don’t seem to understand…had it been my name that was said, I would have had a problem with it.  As an American I can understand how that transpired.  We would have been a stronger team without Janice. The pair of them together is like a dynamic duo. Janice hasn’t contributed anything to our team…she’s a complete waste of perfectly good oxygen.”

Most of the Housemates are settling down to bed. Jamesand Austin are reflecting on their time in house together.  Austin says, “I’ve spent more time with you than anyone in your life.  I can’t say anyone else I have spent 500 hours with. I think I know you pretty well and you know me pretty well.”  James responds, “I don’t know you at all. You don’t know me at all.”  Austin is offended, “that was really f*cked up.  I have never spent 500 hours with my friends consistently for three weeks.” James disagrees, “I have been friends with some people since I was 4 years old.” Austin responds, “that really hurt me.  I shared things with you that I haven’t shared with anyone. I’ve confided in the person that you are and then you say I don’t really know you and you don’t really know me.  That’s really f*cked up. I haven’t told the other people [these personal things].”

Austin and James’ argument wakesSherrie up and tells them that their conversation was really “loud? The whole street’s awake.” James tells Sherrie, “we need a third party.  Me saying I don’t really know you is not offensive…In the three weeks I’ve spent with you, we’ve built a good relationship but we don’t know each other inside out.”  He gets up and walks away. Austin is upset and says, “it is what it is…twat”  and does a moonie through the window at James.