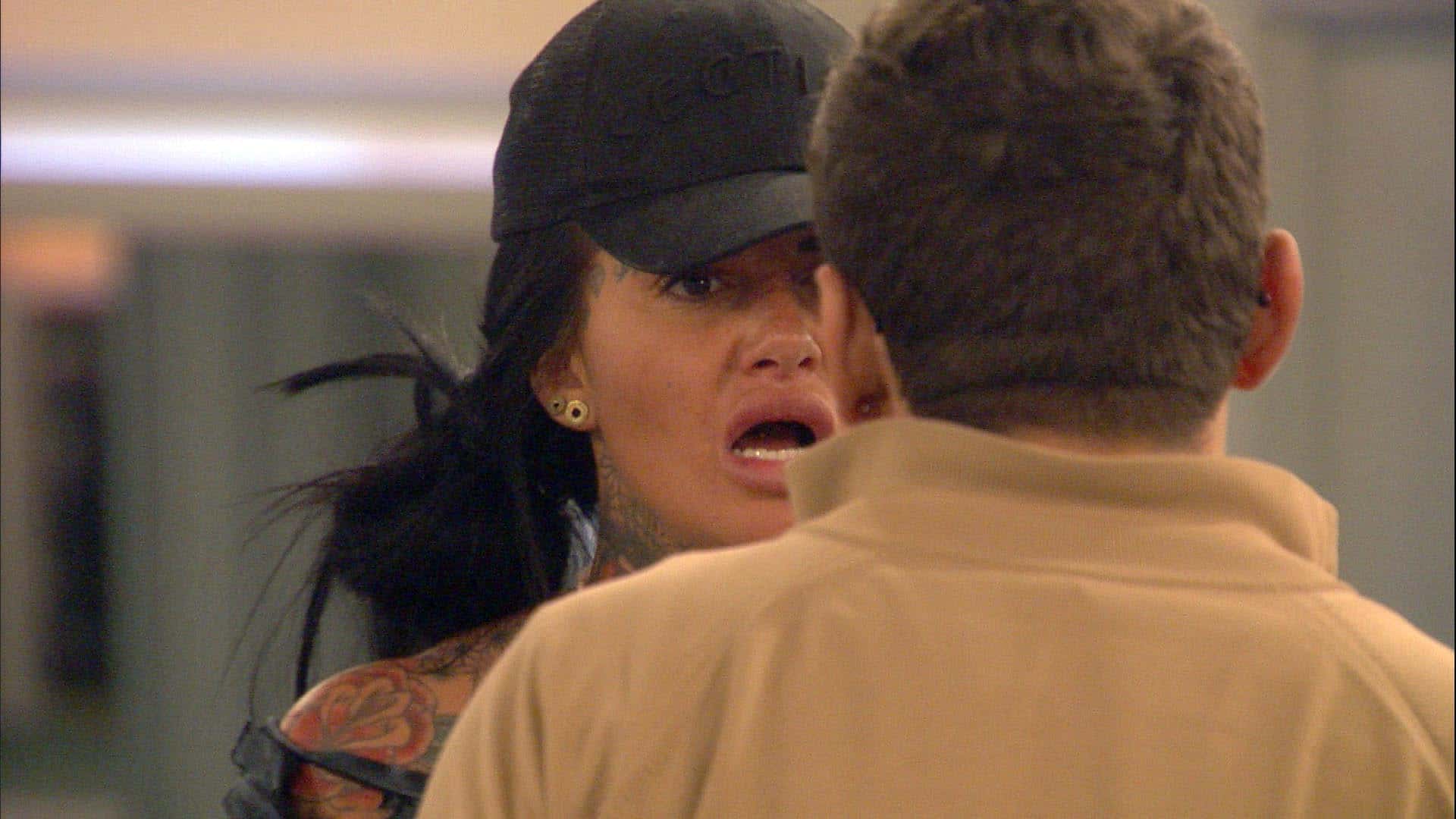 On tonight’s Celebrity Big Brother, Paul makes amends with Sarah, but Jemma isn’t impressed. Chad and Sarah spend more time together and Karthik gets a makeover.

Sarah has been having dreams about leaving the house, ahead of tonight’s eviction.

Paul thanks Jordan and Sam for supporting him in the argument with Sarah. “You’ve got my back. I never expected to meet two people who would be that quick to help”

Sam and Trisha are talking about nominations; “If I have to stay in this house with Sarah, I’m going to self evict. I’m not staying in the house with her”

Paul is talking to Jemma and Sandi about his argument with Sarah; “I’m trying to work a thing in my life at the moment, where I have to try and forgive. It’s for me, it’s not for them.”

Trisha and Jemma are talking in the garden.  Trisha claims Vampire are real.

Jordan and Chad talk about the tensions in the house. Jordan says; “It’s like playground. It’s like being back in school”

Big Brother brings Sandi to the diary room for a secret mission. Sandi must challenge her fellow housemates to a range of tasks, and be the best at each.  Tasks included   trying to sing a higher note than Sarah which ended in them singing ‘Something Kinda Oooh ‘ by Girls Aloud, challenging Trisha to a ‘twerk-off’ and proving she is a better actor than Shaun. She wins the task.

Chad goes to the diary room and talks to Big Brother about flirting with Sarah and taking it slowly; “I like hanging out with Sarah. We flirt. I just want to keep hanging out with her, and see what happens. I think it’s better to be friends first, and see where things go.” Speaking about his flirting with Amelia; “I definitely went too hard with the Amelia thing. That was stupid. That was a bad decision. It basically blew up in my face. With Sarah, I don’t want to do that. I think it’s possible that something could happen” he says.

Brandi gets upset and apologies to Sam after a slight disagreement about Trisha the night before.

Sarah and Paul make amends in the garden, and talk about last night’s argument. Sarah blames Jemma for turning the house on her. Paul says; “That whole reaction was complete and utter wrong” Sarah replies; “It got out of context and twisted. You should come to the source. Instead of Jemma jumping in. I feel that a certain person is trying to instigate things and make them worse” Paul advises her to stay away; “I think you should just try and stay as clear as possible away from her. She’s trying to get a rise out of you” Sarah agrees and says; “I’m sorry, but she’s not a nice person.”

Sarah asks Chad for a lighter. He tells her; “I’m only allowed one more before I have to go back in. I told Trisha I would go. She won’t let me out.” Chad walks back inside, Sarah follows to return the lighter and finds Jemma and Trisha in the bedroom with Chad, talking about her. Sarah leaves the room.

Shaun and Paul walk around the garden, talking about Chad. Paul says; “Two birds. 8 pack. C**k out. The bachelor.”

Chad and Sarah give Karthik a make-over.

Sarah goes to the diary room to talk to Big Brother about Jemma; “ I just don’t want to be associated with all the drama anymore. I haven’t got any time or energy for it”

Paul and Jemma argue over Paul’s decision to apologise to Sarah.