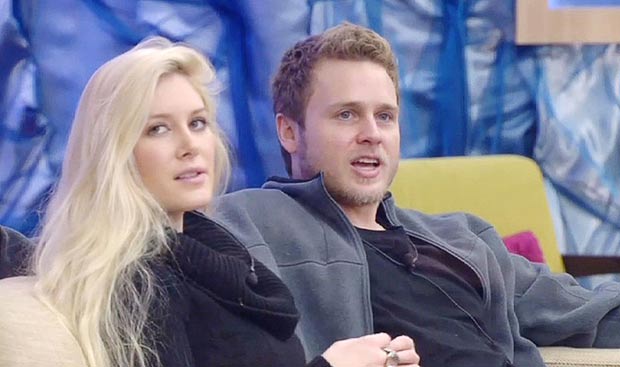 Who can possibly forget the troublesome pair who landed on our screens with a bang, back in January 2013. independently know as Heidi Montag and Spencer Pratt, the couple first rose to fame starring in MTV reality series “The Hills”. Things got off to a rocky start for the pair when they were sent to the basement by fellow housemates Frankie Detori and Rylan Clark. Fast forward a week and on Day 7, the pair were set a secret mission to stage a walkout. However, in true BB style, they had actually moved into a revamped basement and were able to watch their fellow housemates every move. On Day 9 they returned to the house – que fireworks. Despite gathering almost universal hate from the public, and becoming the most nominated housemates of the series – the pair finished in 2nd place behind Rylan! You can relive some of the their highlights (or low lights – whatever way you look at it) here:

It all feels like a distant nightmare now, but how could we forget how the Perez show rocked into town at the start of the year! His time on the show prove controversial due to his behaviour towards other housemates and it has since been revealed that Perez asked to leave on several occasions but was always talked into staying by the producers – with them eventually conjuring up a “secret room” twist – just to get him to stay! Once again, despite almost universal disdain from the public, Perez made it all the way to Day 29 – just two days before the final – before he was final given the boot, not even the producers could save him this time! If you need any reminding of just how much Katie and Perez wound each other up, which I dare say you probably don’t – you can see the two go at it below:

And last but by no means least, Gary Busey. Gary made Celebrity Big Brother history in his series by becoming the first America housemate to win the show. He also currently holds the record for the most nominations in the history of the Show, having received 24 across the series – beating the previous record of 22 set by Jim Davidson. Never the less, after 26 days he emerged as the winner; you can relive that winning moment below:

So who will be next to enter the most infamous house in the UK? Tune into Channel 5/TV3 from 9pm this evening to find out!