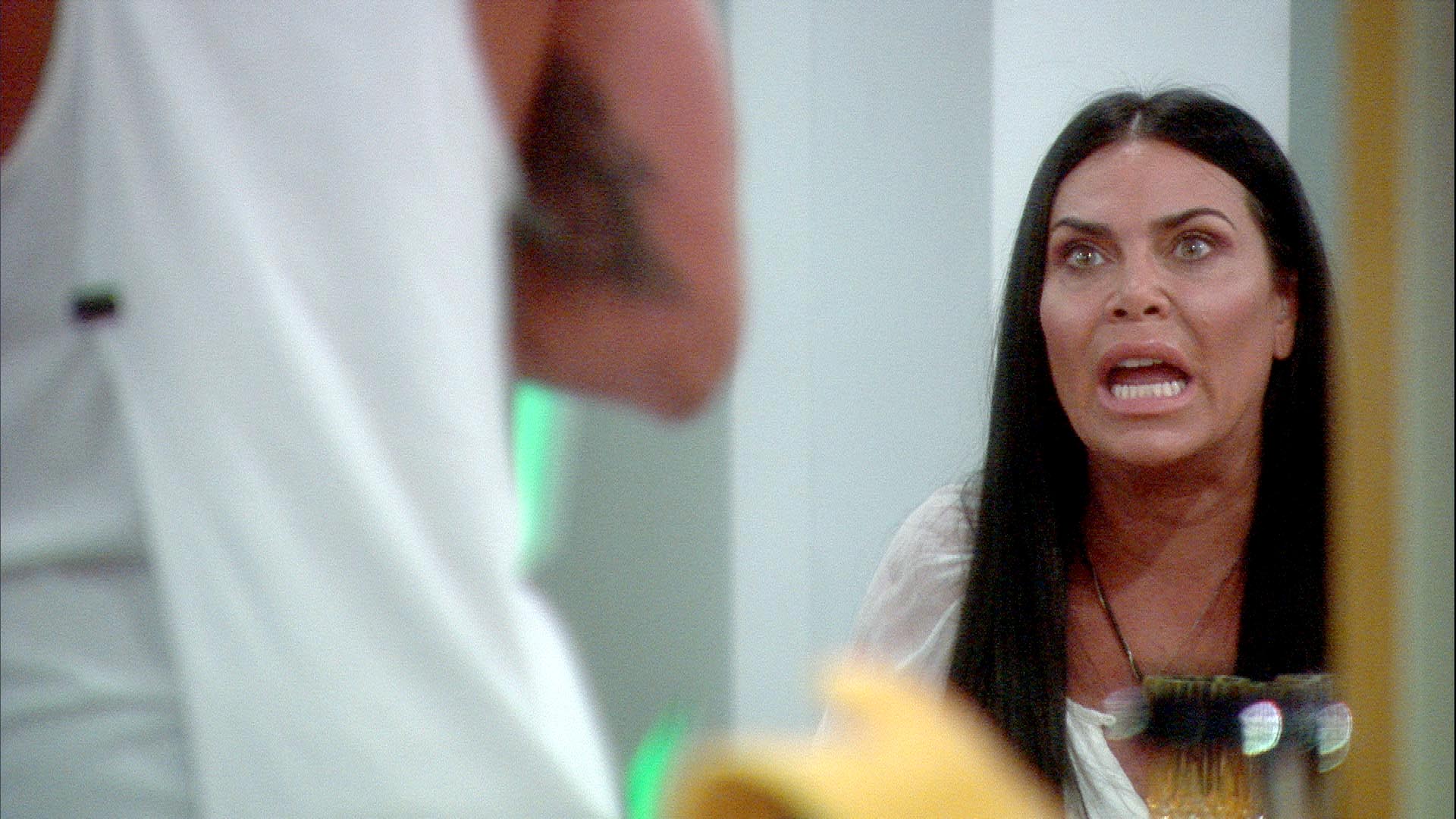 On tonight’s show: Housemates are divided and Nominated Housemates get the chance to Save & Replace.

Sam is in the Diary Room talking to Big Brother. She is upset about last night’s antics including Chloe’s pole dance. “They’re just so selfish, it makes you very tense, seeing her swinging around that pole topless, that ain’t a Glamour Model. My pictures weren’t sold on the top shelves, my pictures were in a family newspaper.”

Frankie tells Lewis that some of the behaviour last night was “out of control.” Lewis: “We had a drink outside mate, that’s all we were doing.”

Heavy D is in the Kitchen explaining to Marnie and Lewis why he had an issue with their behaviour last night. He tells them: “If you wanna do it outside, it’s up to you, but when you come in the bedroom and enforce it your crossing the line.”

Ricky and James are in the Bedroom. James tells him that they only have two more weeks in the house which is a “worst case scenario.” “Yeah but two weeks ain’t two weeks in here. We have to live 24 hours a day with these f**king ugly f**kers.”

Bear and Chloe are in the Pod, under the covers. Aubrey is in the Garden giving some of the Housemates a ‘team talk.’ “No more being scared, every week they need to be on the f**king chopping block…If we can dismantle a tiny bit (of the group) it will be better than nothing.”

Big Brother starts this week’s shopping task, Big Brother’s Big Risk. Housemates must take part in game show tasks to win a luxury shopping budget for the House. Housemates can either play for the good of the House or for themselves.

Renee is first up and picks a ‘Me’ option; she wins a ‘save and replace,’ and therefore choses another Housemate to face the public vote this week – her choice is revealed in the show.

Renee returns to the Living Area and Big Brother reveals the outcome of her task.

Marnie is next into the task room and chooses to play for ‘Me’. She will either win the power of Save & Replace or have to choose two Housemates to eat only Slop all day. The result is seen in the show.

Next up is James: he chooses to play for the House.

Renee is in the Garden speaking to Aubrey about Chloe. “(Chloe) you’re under the impression I’m jealous, you ain’t woman enough, you ain’t strong enough, you’re weak.” Aubrey jokes: “I’m intimidated.” “Good! Well I’m gonna put that out to the house and show you exactly what a Mob Wife does, the guns are out kid,” adds Renee.

Chloe is in the Dairy Room talking to Big Brother about Renee. “I think she’s got a lot of emotional issues, I think she’s uncomfortable in herself and being around younger girls.”

Lewis and Marnie are having a moment. Lewis: “It’s so easy to fall in love with a Capricorn but then you guys run for the hill when things get tough so dig in or let my heart go.” “I’m giving you everything I’ve got,” Marnie replies.

Renee is on a bed feeling upset. She tells Katie and Ricky that Bear “knows he can’t f**k with me so he’s f**king with my friends.” Then says that Chloe “can’t be a victim when you’re swinging on a f**king pole with your tits out…”