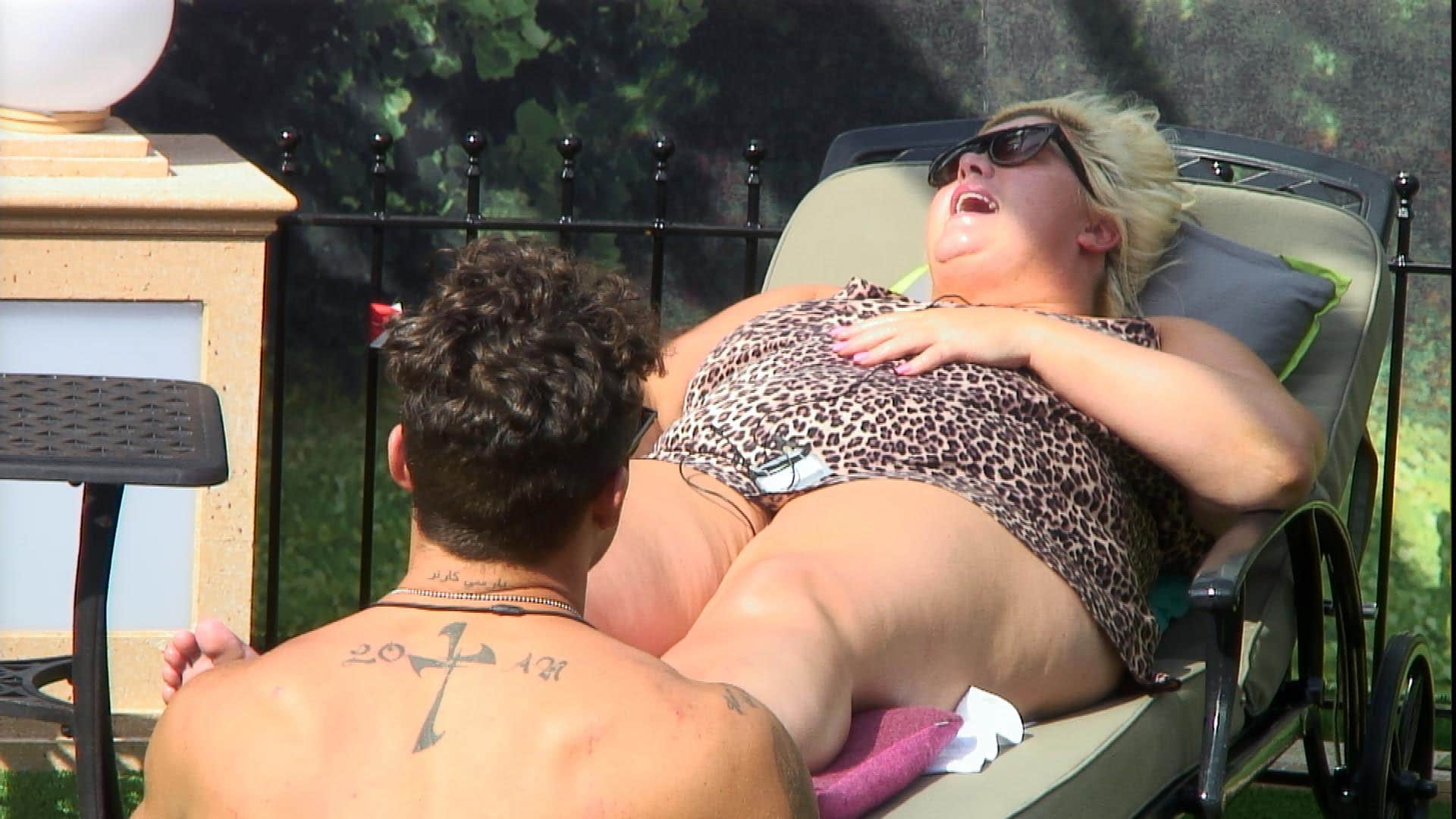 Lotan is talking to Gemma and Marnie about being a stripper.

Kayleigh discusses her history with Charlotte Crosby to Gemma and Marnie. Marnie says to Kayleigh “I’m not fake so I’m not going to be best friends with you.”

Sukhvinder is emotional about how difficult she is finding her role as Mayor. Imran calms her down in the bathroom.

Marnie is talking to Gemma and Nicola about her ex-boyfriend Lewis Bloor cheating on her.

Gemma is enjoying her time in the house and organises a village party to bring everybody together.

Sukhvinder and Kayleigh try to talk about their communication issues as Mayor and Deputy Mayor but it develops into a row.

Lotan gives Gemma and Marnie massages in the garden. Gemma tells Lotan “When you get out of here, you can come to mine, I’m going to cook for you, I’m going to run you a bath with candles and any oil of your choice. I’m going to make sure I have Egyptian cotton on the bed sheets.” Lotan questions “oh I’m staying the night?” and Gemma says, “If you want, and I am going to massage you back”.

Lotan opens up to Marnie in the garden and becomes emotional about his feelings for his ex-girlfriend. He admits to Marnie, he is still hung up on her and says, “You’re beautiful and if I was single or whatever, I would be so interested it would be ridiculous”.

Ellie is upset that Lotan is attracted to Marnie. Ellie later goes to the Diary Room to talk about Lotan and says “It’s like some new hot tottie’s come in and chuffing hell, it’s sell by date’s gone on me, by the sounds of it. Love is blind.”

Kayleigh says of Sukhvinder “I don’t respect anyone who wants to just boss people around”.

Gemma, Marnie and Nicola talk about Kieran, Tom and Lotan.

Tune in to see the action unfold at 10pm on Channel 5/3e!