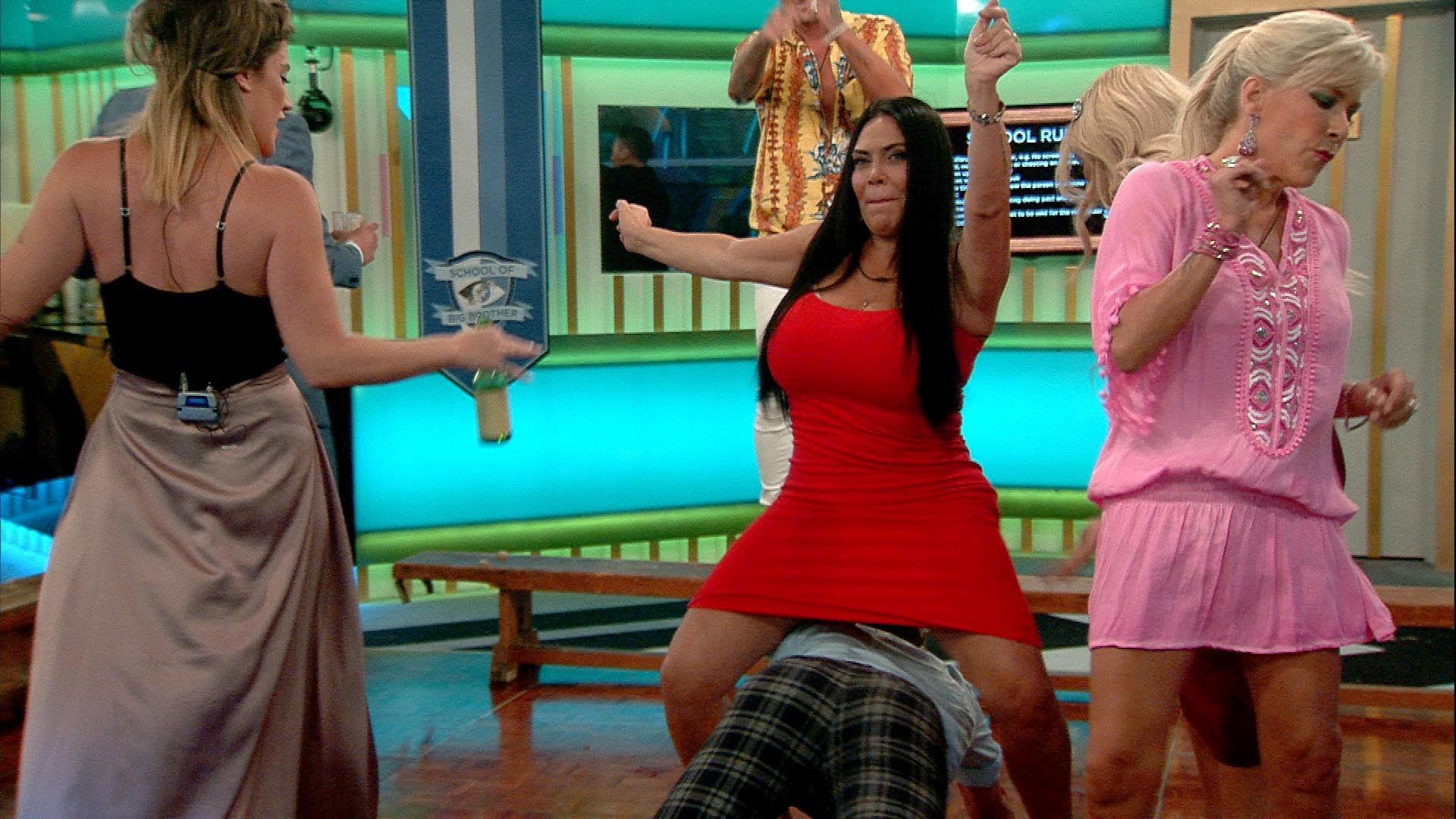 Tonight’s show see’s the housemates return to school for this weeks task, and Bear is up to no good…

For this week’s task, Big Brother is sending the housemates back to school. Housemates wake up to music and dance round the bedroom. They are given school uniforms to wear.

Housemates are told that they must follow the rules and school activities and lessons, and if they behave they will receive a reward. If they don’t, they will be disciplined.

Aubrey and Ricky are Head Boy and Head Girl, Big Brother is the Headmaster.

Aubrey and Ricky read out the rules, these include: no game cheating, clean up, no disruptive behaviour, listen when others speak, not to use the word BOOM

Unsurprisingly, Heavy D and Bear are first to break the school rules and the pair are sent to stand in the corner.

Aubrey asks Bear and Heavy D to clean up in the kitchen. The pair continue to break the rules. Bear spills coffee over the kitchen floor, and him and Heavy D shout out BOOM several times.

Headmaster Big Brother calls Bear to the Headmaster’s office – the diary room – to remind Bear of the rules. Bear cleans up the spilled coffee.

Meanwhile, in the garden, James is apologising to Aubrey for nominating her. The pair hug.

As part of task, housemates must paint a picture of the life models that are in the garden. Bear is first to finish

Aubrey and Ricky announce Bear as the winner, and also the most disruptive. Bear is placed in detention for disrupting the art class.

Later, Ricky comes to the diary room to talk to Big Brother; “It’s been one of the calmest days! We knew Bear would be the most disruptive; he’s been quite good today.”

Big Brother throws the house a school disco. Music with the word BOOM is played into the house to try and entice the housemates to break the rules by shouting out BOOM

Heavy D breaks the rules by using the word BOOM, he’s called to the Headmaster’s office and told to wear the dunce hat and stand in a corner of living area.

In the smoking area, Bear tells James that the house ‘needs controversy’; “I say one or two things to spark a massive argument…it’s a game in here!”

Later, Ricky and Aubrey showcase to the house, a school yearbook that they made. The first category in the year book is most likely to become a millionaire after Celebrity Big Brother, the pair pick Lewis and Marnie; “You’ll have your own spin off show!’

The next category is the housemate that will most likely to keep it real, the pair pick Renee.

The housemate most likely to be competitive is Aubrey.

Bear is picked as the housemate most likely to cause drama.

Katie is picked as the housemate most likely to make people laugh.

James is picked as the housemate most likely to act fake.

Bear is picked again as the housemate most likely to sacrifice someone else for personal gain.

Ricky is picked as the housemate most likely to have done themselves proud in the house.

Lewis comments to Marnie; “I would never do a spin off show with you unless it was for a million pound…love first money second.”

Finally, the overall superstar is awarded to Frankie

In the bedroom, Renee reveals to Marnie that she once got engaged after a month and 19 days. Marnie announces; “I’m scared…I love him so much, I’m just worried.”

Bear decides to add his personal opinions to the yearbook, and writes names in jam over some of the pages. Katie asks him why he’s doing it, he replies; “Cos I want to.” He writes Chloe’s name for the class of 2016 overall superstar

Housemates are annoyed with Bear for ruining the yearbook

Lewis takes the yearbook into the diary room, followed by Marnie. He says; “The book is ruined. We would like a nice new one please Big Brother. I love him and I standby him, but he’s just destroyed this. It’s starting to get on my nerves. That’s anarchy.” Marnie agrees. Lewis adds; “His actions will mark his future.”

Tune into Big Brother tonight at 9pm on Channel 5/TV3 to watch the action unfold.