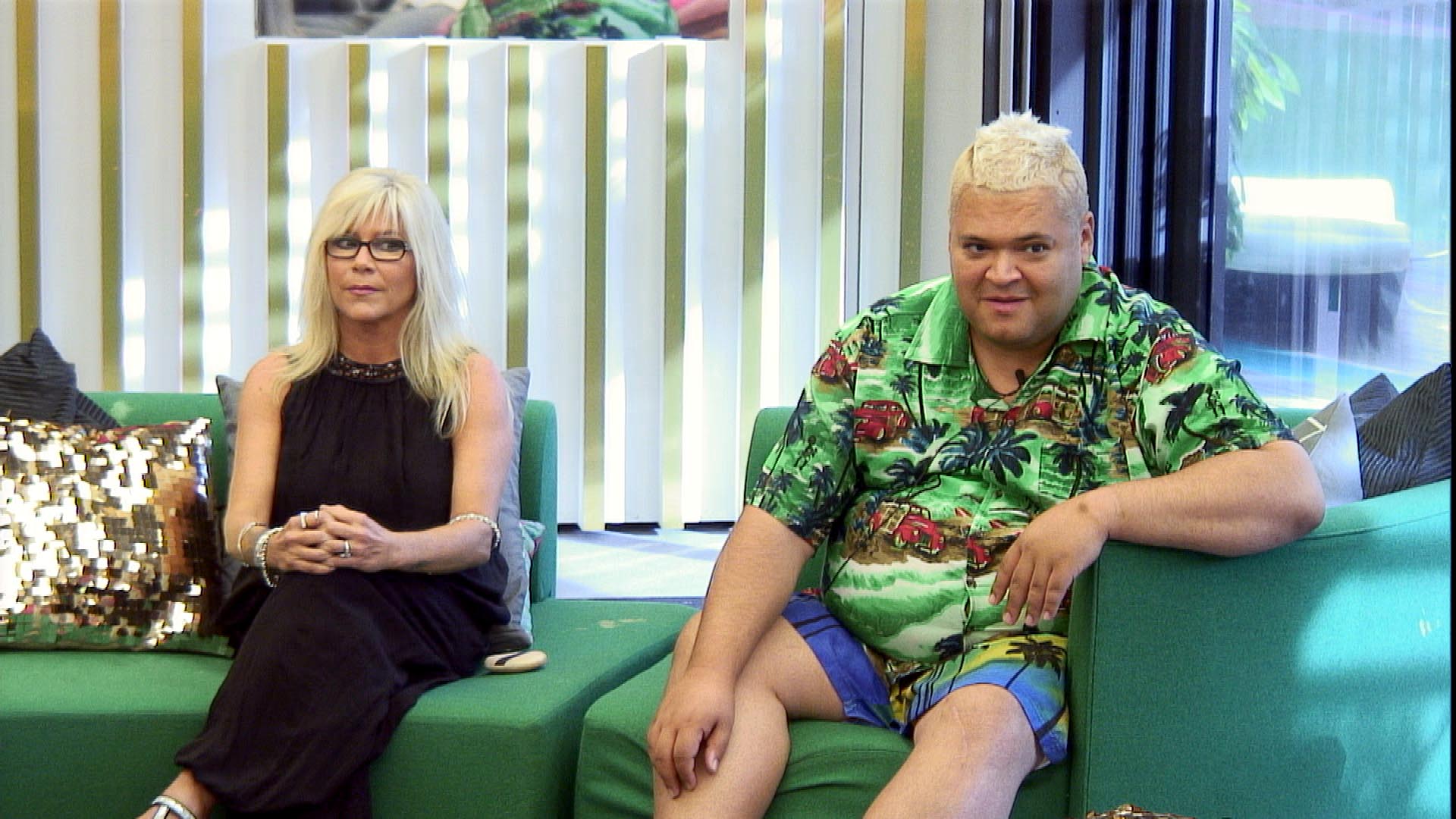 On tonight’s show: Housemates win £550 of the luxury-shopping budget and Chloe is the third housemate to be evicted

It’s the morning of the third eviction

James is in the diary room talking to Big Brother; “If I go tonight, there has to be a father figure which could be taken over by Samantha or Ricky.”

In the kitchen, Lewis tells Heavy D not to nominate him or Marnie again; “Don’t ever do it to us two again!”

In the garden, James and Aubrey comment on ‘Bear always wanting to be centre of attention’

Big Brother calls Ricky and Samantha to the diary room, to give them a chance to win the entire luxury-shopping budget. The pair is set a secret mission where they must correctly pick a housemate who they think can hold two weighted moneybags, with extended arms, for at least 5 minutes. The pair believe Lewis will be able to do this

In the garden, the next part of Big Brother’s Big Risk task gets underway. Housemates all try to hold two weighted moneybags with extended arms. Only Samantha and Ricky are aware that only Lewis must hold the moneybags for 5 minutes in order to pass the task

After the task, Big Brother reveals to the housemates that Lewis successfully passed the task.

Lewis is talking about Marnie in the diary room; “I’m so in love with her! I believe in us, and her as a person. I think she’s a amazing, I have such a connection with her…”

James believes ‘Bear is desperate to stay in’

In the diary room, Marnie thinks she ‘deserves to stay in over James’

Big Brother calls housemates to the sofas, and announces that Lewis broke the rules about talking about nominations to Heavy D. As a result, Lewis is sent to jail in the garden

It’s eviction time, Bear and James have been saved as they received the most votes to save

It’s the final round of Big Brothers Big Risk task. Emma Willis is in the garden and asks the housemates to decide who they would like to see evicted out of Marnie and Chloe, the two housemates with the lowest votes. Housemates must place either a picture of Chloe or Marnie onto the spinning wheel. Most housemates pick Chloe, and James who has the highest number of votes to save is asked to spin the wheel

Chloe is the third housemate to be evicted. As she leaves she tells Bear ‘I love you’

On the sofas, Bear comments to Heavy D about Chloe leaving; “I knew it! My gut knew it.”

In the bedroom, Frankie reveals to Marnie that he really liked Chloe, ‘but not as much’ as he likes her

Bear believes Frankie is ‘two faced’ as he picked Marnie over Chloe; “You are out of order! You are meant to be Chloe’s best mate in here. I don’t trust you as it is. And you go and do that! Bad form mate. I had to get it out there.” Frankie replies; “We were close in the beginning…since you two had gotten together, she and I had not really spoken much at all. I love Chloe, but not enough to send Marnie home.”

James is talking to Big Brother in the diary room; “The younger members in the house assume that they are the most popular. Bear is the one they love to hate. Although I kind of thought I might go today, I felt that I probably wouldn’t. Listen, I’m probably going to win.”

In the smoking area, Aubrey and Renee ask Bear to share one of his beers. Bear decides to share, and they thank him

Renee is in the diary room; “The mood is very light, like a weight lifted off our shoulders, people feel relieved. Bear has just realised his grip isn’t as tight as he thought it was…”

In the garden Bear tells Heavy D and Lewis; “I’ve been up twice and saved twice, I’m fine! It’s fate. I ain’t going nowhere mate! I’m not going to make it easy for everyone, my game is on.”

Bear is talking to Big Brother about Chloe; “Gutted she’s gone! I do care about her a lot. Unfortunately she knocked around with me and that’s why she’s gone so early.”

In the garden, Marnie tells Lewis; “What’s important is that I got the vote in here! That’s what I care about.” Lewis agrees, the pair are happy

In the smoking area, Heavy D thinks that ‘showmances doesn’t do any favours, and doesn’t get you further in the game’

Aubrey is in the diary room; “Bear has definitely lost some of his steam. I think he’s insecure deep down.”

In the smoking area, Bear announces that him and James are ‘in the most powerful position’

Bear confirms to Heavy D that he will see Chloe when he gets out. He adds; “I’m a loose cannon to the end! I’ve got nothing to lose. Good times!”