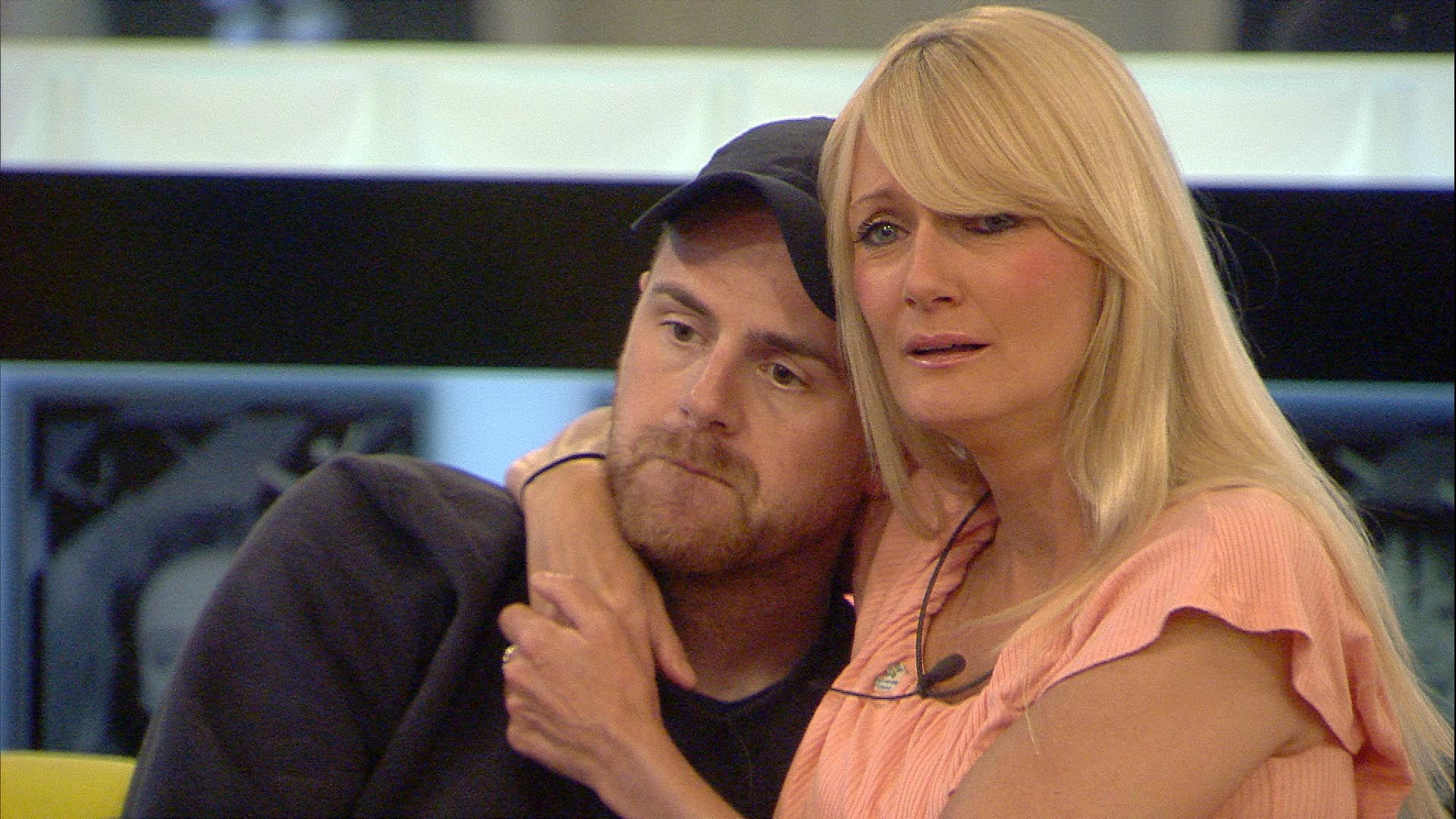 Tonight’s show see’s the continuation of Annihilation week with Chelsea having become the first victim.

Jayne comes to the diary room to talk to Big Brother stating; “I’m going to fight for my place! Everybody wants to be in that final and so do I!”

On the sofas, Hughie and Ryan start arguing, Hughie announces; “It took me one time to get in here! It took you eight, that says a lot!” Ryan replies; “You’re actually horrible. Why would you say that? So what I tried seven times? I’ve openly admitted it to everyone…”

In the smoking area, Jason believes that Ryan is ‘playing up to the cameras’. He continues; “It’s a game, everyone is playing!”

Later in the kitchen, Jayne is talking to Jason; “A 50 year old woman in here, at week five and a half weeks…I can’t believe it…I’m a winner! The public voted Alex unforgettable…hello! I’ve had a couple of meltdowns and I wash up.”

Meanwhile in the pod, Hughie is giving Evelyn some advice; “I know Alex fancies you. Don’t go near Alex again in that respect. I know you have balls, start using them!”

Alex comes to the diary room to talk to Big Brother about being voted the most forgettable housemate by the viewing public; “That was an eye opener to say the least. Everyone weren’t expecting that. Cos I don’t scream or dance around, maybe I’m forgettable for that, or not jump in bed with a girl. I feel like I’ve been myself, each to their own, I’m not going to change.”

It’s time for the housemates to deliberate on who they would like to target next. The housemates split themselves into two teams, deciding who to target from the other group.

One group choose to target Jayne, whilst the other group pick Andy to target

Big Brother then gathers housemates in the deliberation room, and reveals to the house that they must now give immunity to one of the two targeted housemates.

Housemates deliberate, and decide to give Andy immunity for the rest of the week. Andy becomes upset. Jayne tells him; “It’s fine, you deserve it!”

Meanwhile, in the smoking area, Jackson reveals to Jason that he doesn’t trust Evelyn and Laura in the house

Hughie decides to clear the air with Andy; “I genuinely want to move on and we can try again. I’m happy you are getting immunity. Andy asks if they can be mates, the pair hug

In bed, Ryan reveals to Hughie that he ‘thinks highly of him even if he does boss him about’

Jason divulges to Andy; “It would be beneficial to Jayne to have immunity, then you would be back to square one and I would be against you, and stand more chance. I would be playing a game…” Andy tells him; “I want you to recognise that I know you’ve been there for me since day one.”

Speaking to Big Brother in the diary room about his immunity, Andy says; “It’s a huge relief! I’ve never been afraid of saying things that other people don’t like. I feel like the dynamic around me in the house is changing…I can be seen as a force to be reckoned with.”