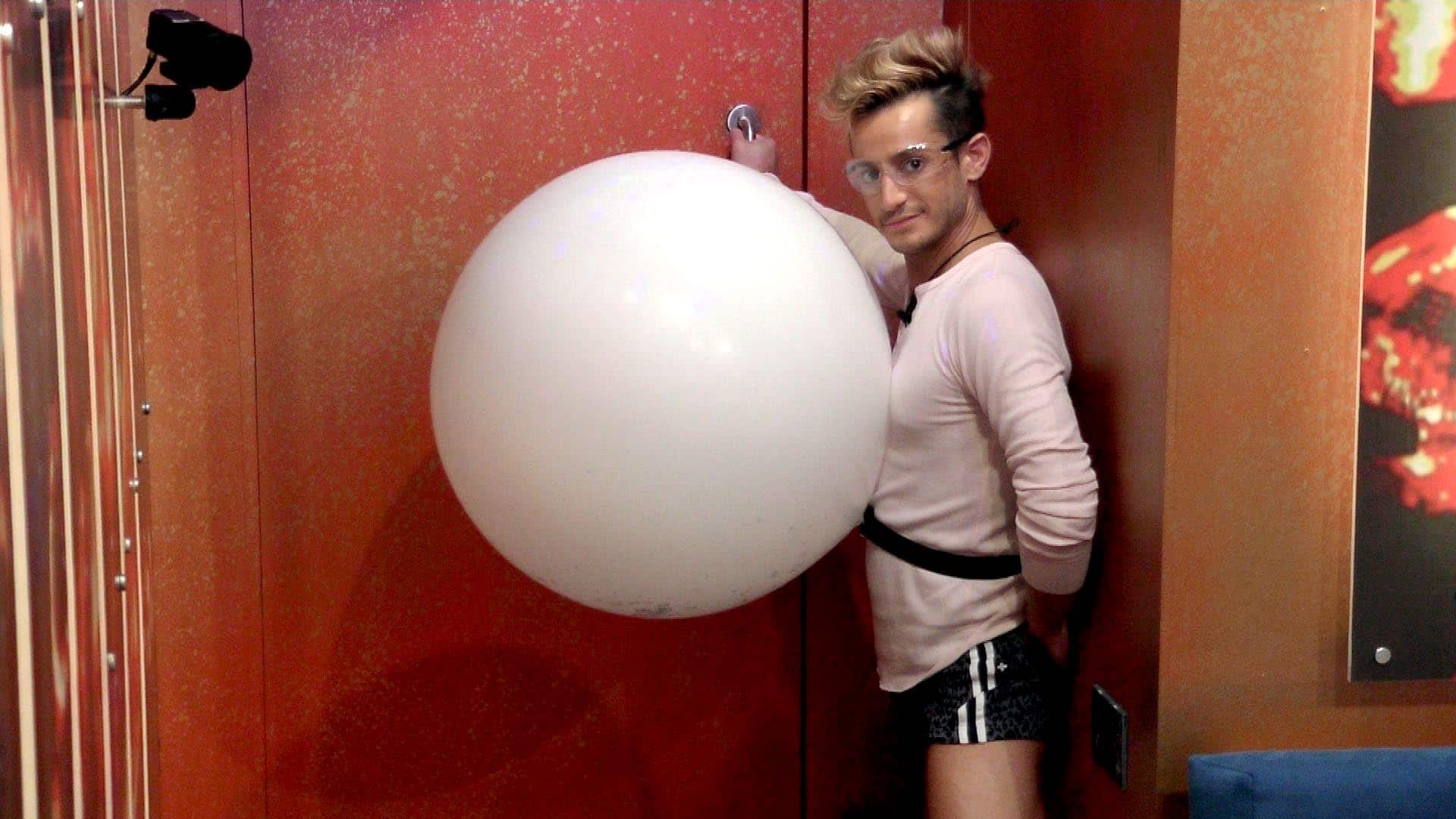 On tonight’s show:  Saira and Marnie work together on a secret mission…

Saira says to Bear; “If you carry on what you’re doing, you’re not going to win this. When you destroy food and you think it’s a joke, it’s not funny.” Heavy D tells Saira; “Worry about yourself winning the competition!” Bear confirms he ‘will not stop’ being himself.

Renee advises Chloe to think about her relationship with Bear.

In the diary room, Heavy D believes he has a chance of winning Big Brother.

Bear is talking to some of his housemates about his relationship on the outside; “I need to be single! I thought I would be with her forever, but after thinking in here, she’s not the one. I haven’t got time for a girlfriend.”

Big Brother calls Saira and Marnie separately to the diary room. They are given an opportunity to win a party by completing a secret mission. Each housemate are given a giant, inflated balloon to carry with them at all times, and told to protect their balloon to win an invite to the party. If their bubbles burst they will not be invited to the party.

What housemates don’t know is that Saira and Marnie have choosen six people to join them at the party, and are on a secret mission to burst their balloons.

Saira and Marnie are armed with pins to burst the six housemates’ balloons who they want to join them at the party: Samantha, Lewis, James, Aubrey, Ricky and Bear.

The pair get to work, however Bear decides to burst Katie’s balloon which causes upset.

Frankie, Aubrey, Renee and Chloe decide to stay in the pod to protect their balloons.

Bear starts to irritate Renee, she yells; “I was the only person who had sympathy for you! You mistook by kindness for stupidity. I’m very smart. Now leave me the f**k alone!”.

Marnie runs into the bedroom to burst Ricky’s balloon, she then runs back out and Ricky announces; “That’s ugly behaviour!” Bear comments on what happened, Ricky tells him not to talk.

Ricky heads to the diary room to let-off steam about Bear; “Get him out of the house! I am fuming with him! He’s an ugly human being, he’s been trying to provoke provoke provoke.”.

Saira and Marnie believe they have successfully completed their secret mission.

Big Brother announces to the house that Saira and Marnie successfully worked together on a secret mission. As Bear burst Katie’s balloon, his invite is given to Katie.

Frankie is in the diary room talking about the task; “It would have been a fun game if Bear wasn’t there!”.

In the toilet, Ricky reveals to Katie that he is angry with Bear.

On the sofas, Renee advises Lewis ‘to be his own man’ in the house. Lewis isn’t happy; “I’m my own man! I’ve lived on my own since I was 17. No offence, your opinion on this doesn’t matter to me.”.

Chloe is talking to Big Brother in the diary room; “Tonight, everyone is getting on! Bear has got a cute side; we’re just having fun while we’re here. I don’t think he’s Prince Charming!”.

In the garden, Ricky and Renee comment that Bear is ‘just a boy, not a man’.

Marnie is talking to Big Brother about Lewis; “I just had the most romantic shower in my life! I would never do anything more than shower with him and kiss him. I’ve never had a boy treat me how he treats me! I feel so lucky. He is just perfect. I don’t ever want to leave this house!”.

Chloe and Bear get close in the toilet.