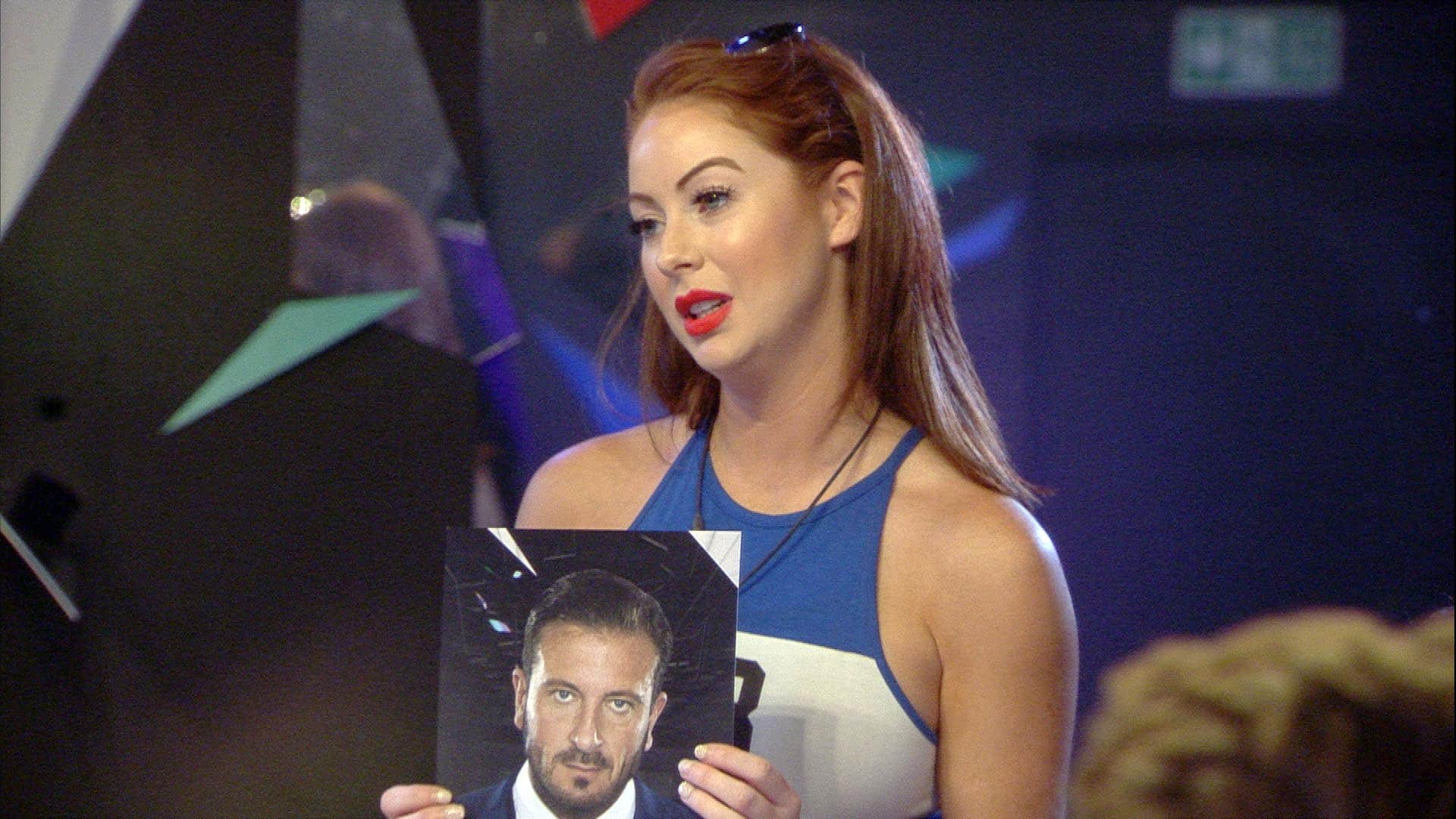 Tonight’s show sees Jason question his decision during the final Annihilation Task. Meanwhile, Hughie is missing Ryan and Housemates come together for a Task. Andy gets a makeover from Jackson, Hughie’s poolside antics keep his fellow Housemates entertained and Laura shocks Evelyn by deeming Jason as ‘fit’.

Hughie comes to the Diary Room to talk to Big Brother about last night’s final Annihilation Task and Jason’s reasons for evicting Ryan stating “Jason 100 per cent bought out his true colours. I really don’t like him.”

Laura continues to discuss the crowd booing her during last night’s eviction: “F**k it, they can do one. I’m being booed by the hideous crowd but people will think, ‘she’s one tough cookie’…I’m still here.” Jayne responds “I would give my eye-teeth to be booed, I don’t get a thing, I think they think, ‘is she the cleaner?’”

Later, Jayne and Sam are sunbathing in the garden. They talk about Jason’s comments about Ryan during last night’s live eviction. Sam asks “Why publicly humiliate someone?” Jayne says “It was like, he let it out when he knew…”. Sam finishes“…that the whole nation was watching, live.”

Andy and Jason are in the garden. Jason asks Andy how Hughie is feeling today. Jason says “I actually feel genuinely s**t about myself now.”

Andy reassures him “Hughie would have made up his own mind about it, it would be a waste of your time talking to him about it, it will all be forgotten two weeks after leaving here.”

Later, Jason talks to Big Brother in the diary room and seems upset, questioning his decision to evict Ryan. Jason states “To have cheers last week to jeers this Friday…obviously I’ve done something wrong… it must be so obvious, I can’t work out what I’ve done wrong, and I should be able to.”

Housemates successfully complete the task and therefore win a party.

Later, Laura and Evelyn are in the bedroom getting ready for the party and talking about Alex. Laura asks“You two are so cute, do you think you might kiss tonight?”. Evelyn replies “No, I’m not worrying about it. But this is sober Evelyn, drunk Evelyn might change her mind.”

Andy comes to the diary room to discuss his thoughts on the annihilation twist stating “It’s the toughest thing we’ve had to go through together as a group…people can feel proud of themselves for getting this far. I think Jason is struggling… if someone gives negative vibes you don’t really want to be around that person.”
·

Big Brother has put on a party for the housemates as reward for winning the Task. Meanwhile, Jason is alone in the garden.

Jackson comes to the Diary Room saying “Everyone is on the same wavelength, I love it here, this should be a resort… ‘Go to the Big Brother house, they’ll tear your head up for a little bit and then they give you a party,’ you’ll never appreciate such a party in your life!”

Some of the Housemates are enjoying the party in the Living Room. Laura is in the Diary Room talking about Alex: “Al’s quite quiet but he seems to get away with going under the radar. Obviously Ev’ is with Al but I’m not gonna sit here and let him vote me out week after week.” she states.

Meanwhile back in the kitchen, Jayne says to Andy “You’ve really come out of yourself.” Andy replies “The people that have gone in the last few weeks have allowed that, I felt I couldn’t say stuff and feel relaxed.”

Later, Hughie comes to the Diary Room to talk to Big Brother about Ryan. “Talk about moving passed Annihilation Week…Ryan would have loved this…I wish he were here so I could cuddle him, I hope he doesn’t think I couldn’t give a f**k…I love him, I hope he’s waiting for me…I wish Andy could be like this everyday, he’s taken on a new f**king persona.”

Later in the garden, Hughie roles into the pool while dancing. Some of the Housemates move the party to the pool. Jason enters the Bedroom: “If everyone’s happy, I’m happy, when people are down I bounce off it. I’ve walked out of something, straight into something else, it’s been a bit tough.”

Some of the housemates decide to call it a night.

Evelyn and Laura are in the Dairy Room. Laura says“I’ve drunk so much I actually feel sober… Hughie is so drunk, he’s literally, hands down the funniest person I’ve ever met.” Evelyn responds “He backed the f**k-up into the pool, he’s twerked his b**ls off. Laura then states “Jason looked quite fit tonight actually.” to which Evelyn replies“You horn bag, Jason?!”

Tune in to Big Brother tonight at 9pm on Channel 5/TV3 to see the action unfold!