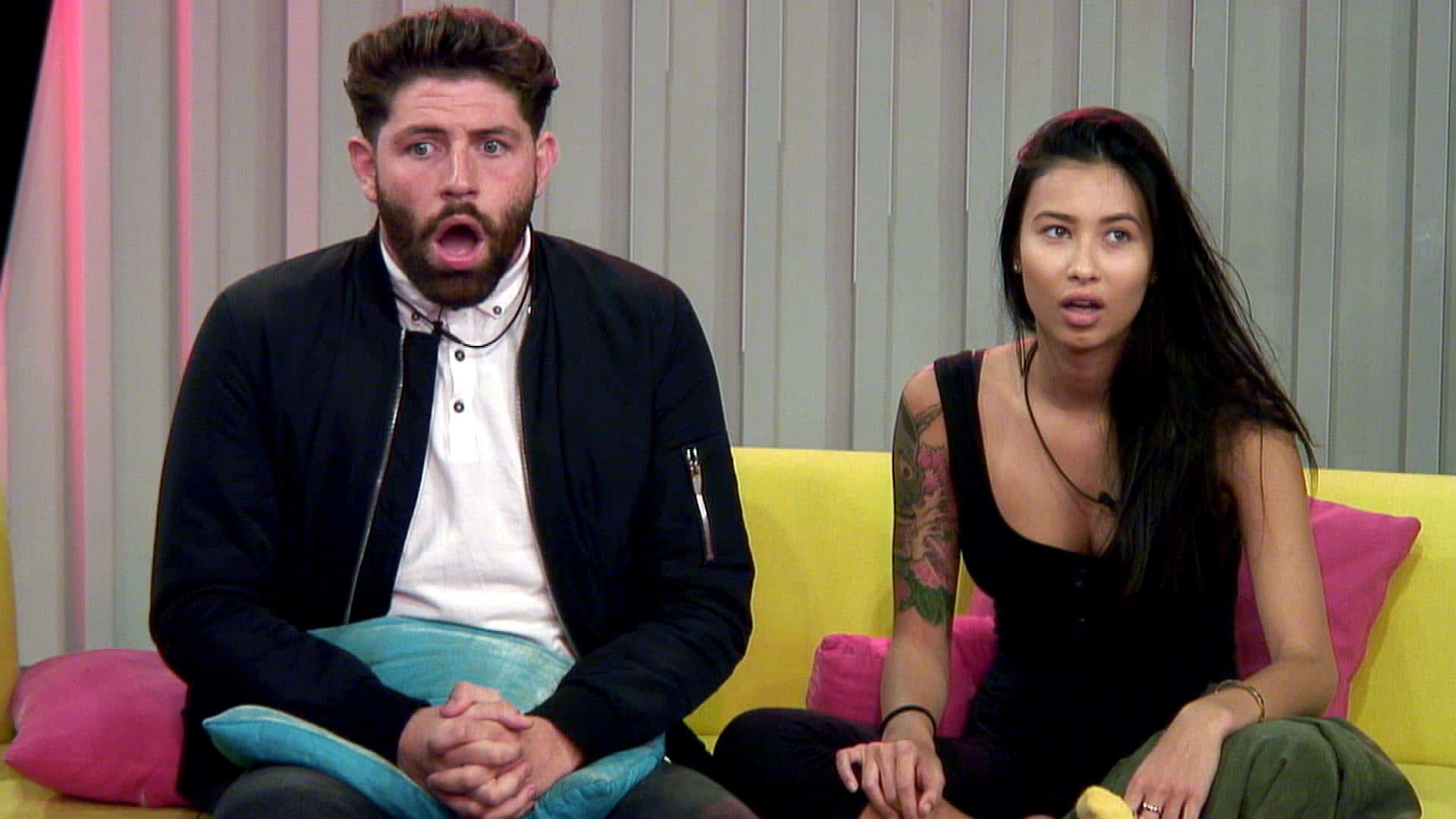 On tonight’s show: It’s Annihilation week, housemates must decide as a group who they would like to evict, as a result one housemate is evicted.

Its Annihilation week, housemates must decide as a group which housemate they would like to evict. Big Brother has gathered the housemates on the sofa to deliver a cruel twist.

Housemates start to speculate, ‘no ones safe’. Lateysha and Laura liken Annihilation week to ‘The Hunger Games’.

Andy is talking to Big Brother in the diary room; “The house is feeling pretty nervous. People are thinking something is going to happen…people have butterflies in their tummies. The pressures on!”.

Housemates continue to speculate, Jason comments; “We don’t know if it’s daily. All we do know is it’s against each other and not to do with the public.”

In the garden, Hughie comments that Andy sometimes causes arguments, Andy listens on from the living area.

In the living area, Andy asks Hughie why he was talking about him; “Do you still think I’m a liar?” Hughie replies; “No I don’t think you’re a liar generally, but you did tell a lie.” Andy reveals that it did bother him that Hughie thought he was a liar.

In the smoking area, Alex reveals to Evelyn that he didn’t hear all of her conversation with Laura, however Lateysha has since told him everything. Evelyn squirms; “I’m embarrassed enough as it is!”

Big Brother gathers the housemates on the sofas to reveal that Chelsea discussed nominations with Jackson. As punishment, Chelsea is sent to jail

Hughie is in the dairy room, he believes it was only fair that Chelsea has been punished for breaking the rules

For the first round of Annihilation week, housemates have been gathered in the Big Brother deliberation room.

Housemates must now decide as a group who should be evicted.

Jackson states to the group; “It will only make sense to go around the table, as hard as its gonna be, and state one name and then take it as a group decision. Go by your own head and be honest.” Housemates are in agreement.

Housemates take it in turn to announce the name, and the reason why, of the person they wish to evict *REVEALED IN TONIGHT’S SHOW*.

The group come to a decision; Big Brother announces the name of the fifth housemate to leave the Big Brother house *REVEALED IN TONIGHT’S SHOW*.

Some housemates are emotional, and the evicted housemate is given 30 minutes to pack before leaving the house.

In the kitchen, Jason tells Alex; “It’s not going to get easier!” Alex replies; “I can’t see it will get much more brutal than that…”

Andy is in the diary room talking about the group decision; “I feel very emotional and sad. It had to be an anonymous decision. If we had to do that again tomorrow, it will be me going, and it doesn’t sit great with me. Annihilation will change the atmosphere in the house, it will be become more false.”

Jason is in the diary room talking about the group decision; ‘Harsh. On a selfish side I’ve survived another 36 hours. Jackson’s decision on the way to do it was perfect. I’m feeling at risk, probably more than anyone else. I have to try and survive by luck and a prayer!”

Andy decides to have his dinner in the bedroom, alone.

In the smoking area, Jason is revealing why he came into the Big Brother house; “Purely for people to actually see that I am not what people think I am on the outside. People make assumptions about the size and look of the way I am. This is my worst nightmare, to be banged up in here with people I don’t know is something I’ve never done. Also to prove to myself I can do it and to come out of my shell.”

In the bedroom, Jayne tells Andy and Laura, “ I feel whatever happens I’ve done brilliantly and cannot complain.” Laura feels some people think they are more deserving than some

Evelyn asks Alex; “Do you think you’ll be in the finals?” He replies ‘hope so’ and would be gutted if he were evicted. Evelyn believes she won’t win

Latesyha is in the diary room “You can defo spot the weakest from the strongest in here. I’d love to be in the strongest bit I’m somewhere in between. It’s a big eye-opener, we’re here to play a game not make friends.”