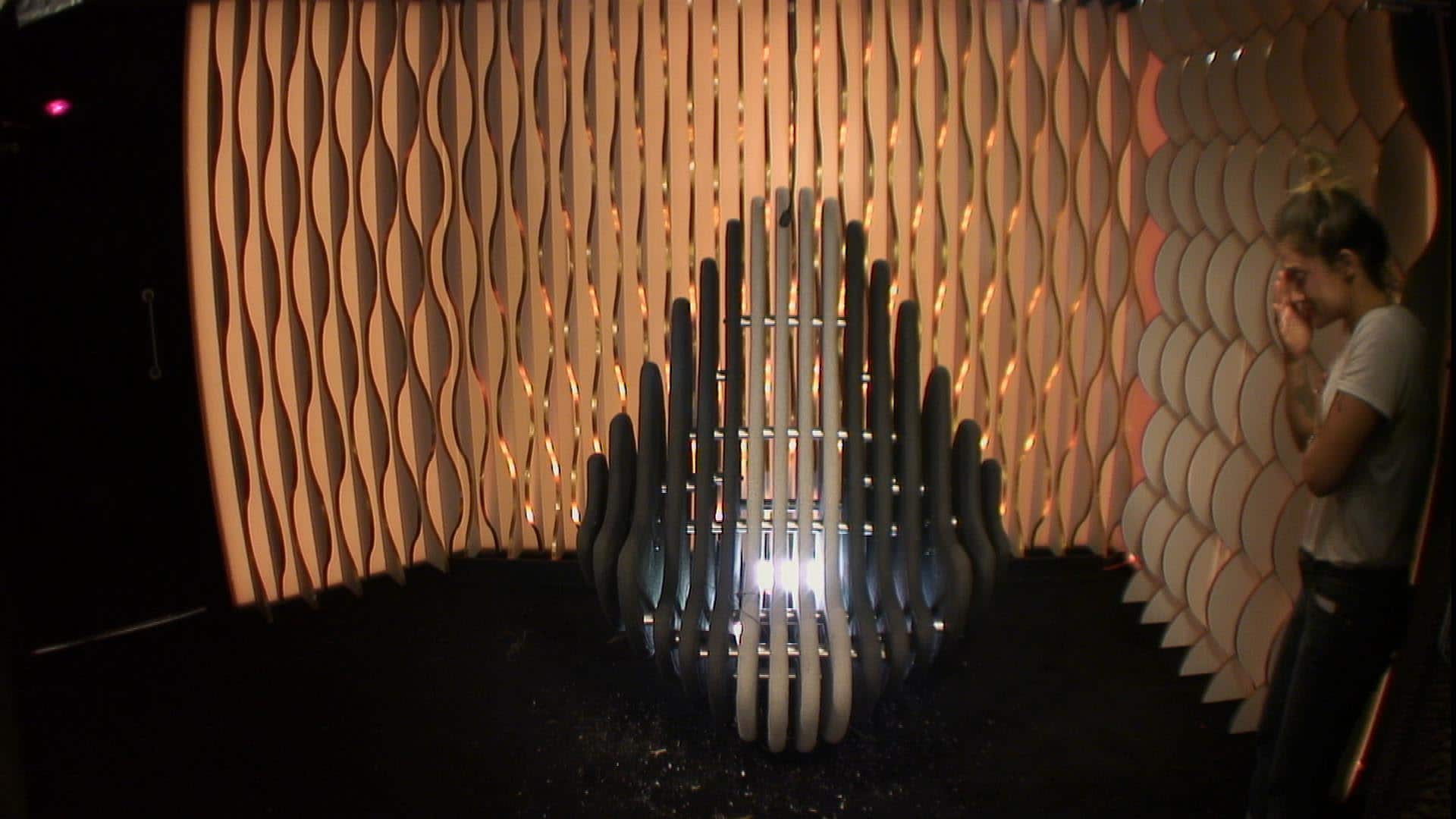 On tonight’s show: Housemates must nominate for the final time this series..

In the smoking area, Katie confirms to Marnie that ‘she won’t take anything personal’, the pair can’t believe they’ve made it so far.

Frankie tells Big Brother in the diary room, that he feels he will be nominated. He continues; “I do not nominate who I think will be a threat in the final, I nominate on the basis on who I should sit next to in the final.”

In the bedroom, Renee reveals to some of her housemates that she once had an allergic reaction to a condom.

Ricky is talking about Katie to Big Brother in the diary room; “On Friday when I got the most votes to save, it was suddenly ‘Ricky Ricky Ricky you’re my bestie’ it was a bit much.”

Big Brother spots a pen in Samantha’s make up bag. She is asked to return it to the hatch in the living area, she apologises; “Sorry Big Bro I always carry one as I’m asked for autographs!”

Final nominations begin; each housemate is called separately to the diary room to deliver their nominations. As Renee, Marnie, Aubrey and Frankie won the recent task, they are allowed to nominate twice. The other housemates are allowed to only nominate once.

*NOMINATION RESULTS WILL BE REVEALED IN TONIGHT’S EPISODE*

In the smoking area, Ricky felt ‘it was easier’ to nominate this week.

In the garden, Bear and Frankie are talking about nominations. Frankie reveals it’s a good feeling to potentially be in the final; “I’m allowing myself to be excited and do want to go to the final.”

On the sofas, Renee confirms to Marnie that she ‘can be nice but can’t be phoney’, she adds that she doesn’t think she will win as she’s never won anything

Housemates are gathered on the sofas for the reveal of the final round of nominations. Bear automatically faces eviction as he is eternally nominated. The other housemates are each given a board which will reveal if they have been nominated or not, and who nominated them. Big Brother asks each housemate to stand up and reveal what is written on their individual boards. *NOMINATION RESULTS WILL BE REVEALED IN TONIGHT’S EPISODE, OF WHO WILL BE FACING THIS TUESDAY’S DOUBLE EVICTION*

Renee tells the house; “It has nothing to do with personal feelings! It’s a game!”

In the smoking area, Ricky and Samantha confirm that they ‘have felt awkward vibes’

Bear toasts; “Thank you everyone for being my friend through this process! I know it’s been hard; I’ve been up every week. To real friendships!”

In the bedroom, Frankie and Katie confirm with each other that they have a ‘special connection’, Frankie says; “We’re the same person!”

In the smoking area, Frankie asks Bear; “What do you think a game player is?” He replies; “Someone in here, that will do anything to win and f**k people over to win.”

In the diary room, Katie believes that Frankie has been playing a game since day one; she adds; “I hate fake-ness!”

In the bedroom, Aubrey reveals to Katie; “There has been conversation in the house about you being weak and your stability.” Katie gets upset and heads to the bathroom, Renee comforts her. Aubrey tells Frankie that he should have told Katie that he did think she is unstable

In the bathroom, Aubrey comforts Katie. Katie tells her that she’s ‘not unstable’, Aubrey agrees

In the smoking area, Bear is watching on and jokes; “Get the violins out!”

Frankie comforts Katie; “If I ever did use the word unstable to describe you, I apologise to your face. I don’t recall. I do not think you’re weak.” Katie tells him; “It’s alright.”

Katie heads to the diary room to let off steam. She asks to leave, however Big Brother talks to her and calms her down.