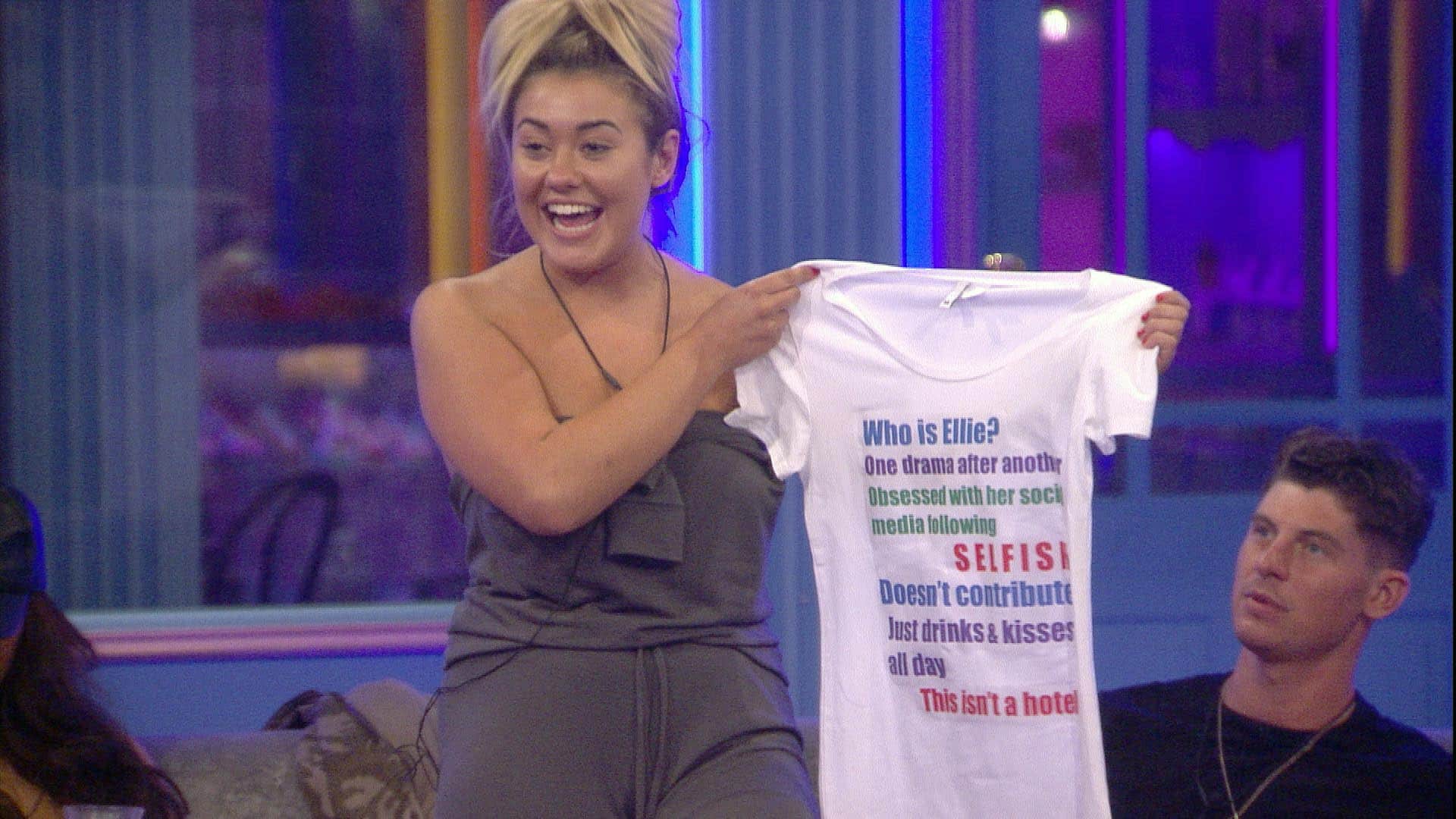 On tonight’s show: Housemates nominate and Andrew threatens to leave.

Sam remains in the house as a ‘dead man walking’ after being evicted by Andrew as part of The Steal task. He will leave the house on Friday as the 7th housemate to be evicted.

Andrew is dying Raph’s hair in the beauty parlour. Hannah watches on in the background, making Raph uncomfortable. Hannah offers to leave the room.

Big Brother gives nominated housemate’s t-shirts highlighting some of the reasons for their nominations. Each housemate takes it in turn to read out some of the comments on the t-shirts to the group. The housemates must wear the t-shirts for the remainder of the evening.

Hannah and Chanelle discuss the t-shirts and the comments on them in the bedroom and are upset, Chanelle says: “Don’t tell me mine’s not as bad as other peoples, I think that some of these comments are quite personal”, “someone’s being two-faced, because they all act nice to my face”.

Ellie, Charlotte and Kieran discuss Chanelle’s reaction to the comments on her t-shirt. Charlotte says, “What I don’t understand, why is she shocked?”

Hannah is upset about the comment on her t-shirt that says she is in the competition for the money. Ellie admits she was the person who made the comment and Hannah admits she will take some time to get over it.

Chanelle ends her friendship with Ellie over this week’s nominations; Chanelle says: “Ellie, I don’t hold it against you. I’m just saying, I’m not being friends to people that are not taking my friendship as value”. Ellie is upset about Chanelle’s disappointment in her and cries.

Andrew has some home truths for the residents of Thorn Cottage and tells them “People are fools” and “this house is full of snakes”. Chanelle takes offence to Andrew’s comments and argues she has the right to be upset about the comments on her t-shirt. Andrew argues with Hannah & Chanelle and goes on to pack his possessions into black bin liners, saying he is leaving the house.

Andrew goes to speak to Big Brother in the diary room and is upset about his confrontation in Thorn Cottage.

Following the row, Hannah talks to fellow housemates in Thorn Cottage about Andrew and says: “It’s for TV. You’ve got to make yourself look like the victim. That’s how you do that. Trust me, it looks good on TV”.