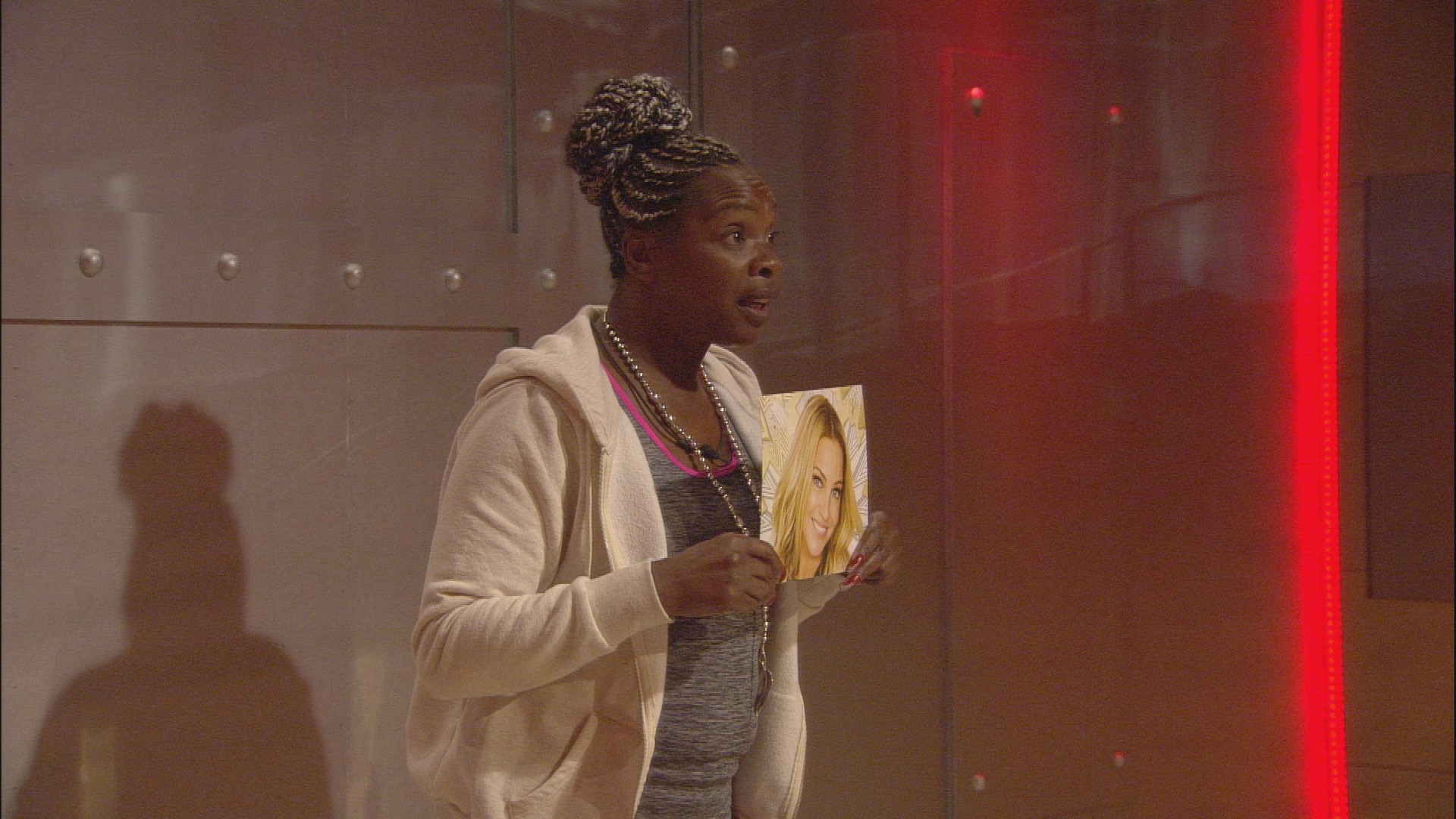 On tonight’s Celebrity Big Brother… Sarah feels betrayed by the house and Sam, Amelia and Jemma share a bath.

The atmosphere is tense between Sarah and Chad after their argument about eating meat the night before.

Chad goes to the diary room to talk to Big Brother about the argument and says “I am in trouble for wanting to eat healthy apparently. I am a little big upset about the fact that Sarah would not listen to what I was saying. She kept telling me that I was going to eat all that meat, she’s acting like a fortune teller and she won’t believe me. You can’t go on to do things together if you don’t believe each other. You have to have trust, I don’t know how I’m going to move forward, it’s tough.”

Sarah talks to Sandi in the kitchen and asks, “What can we feed the Hulk, because he’s ‘hangery” and Sandi tells her that Chad needs to grow up and Sarah says agrees and says he is acting like a spoilt brat.

Sarah tries to appease Chad by giving him a banana and he tells her he doesn’t want it because its full of sugar.

Sam flirts with Amelia in the garden and jokes with Jemma and Amelia.

The housemates enter The Vault for a task. One by one they are bought into the vault and must choose who they will nominate, by holding up picture cards and placing two into the vault.

Sam tells Amelia and Jemma that he doesn’t struggle to nominate.

Sarah tells Chad on the sofa that she finds nominating tough and doesn’t want to be influenced by him.

Jemma and Sam speculate about nominations in bed, as she thinks she will be up for nomination.

Shaun, Derek and Sandi talk in the garden about women in the 80’s and how they wore similar fashions to their mum and how much things have changed.

Amelia, Jemma and Sam are chatting in the bath and Amelia reveals she would like to date Pete Wickes from TOWIE, and they joke that Jemma may have spent time with Pete already. Jemma puts Sam on the spot with a question about choosing between Amelia and his ex-girlfriend Tiffany, and he sheepishly answers.

Sarah and Chad talk in bed about doing a tour of London.

Amelia talks in the diary room about her feelings for Sam and admits she ‘adores’ him.

Sam tells Jemma in the kitchen that her question in the bath was ‘horrible’ and he felt he answered the question wrong, and should have said he wouldn’t choose either as he doesn’t want a girlfriend, but he always mistakenly ‘aims to please’ in the moment.

The rest of the nominations reveal will be shown on tonight’s show.

Amelia, Sandi and Shaun are creating their own music in the garden and Shaun kills the vibe with his cutlery beats.

Chad and Sarah are talking in the garden and he tells her to get dressed up in her ‘shiny dress’ and she tells him no, and she says, ‘You should love me for me” and value what’s inside over her looks.

Amelia questions Sam in the bathroom about when he first realised he liked Amelia and he avoids answering the question.

Sarah realises in the kitchen with Chad, that everyone in the house has nominated her, except Chad. She is emotional and cries on Chad’s shoulder.

Sam talks in the diary room to Big Brother about Amelia and says his feelings for Amelia were amplified at the beginning and he knows he isn’t in love with her. Sam says, “I am scared of over-promising and under delivering”. Sam goes to talk in bed with Jemma about Amelia and tells her he doesn’t know if he even wants to be in a relationship. He is frustrated that he always gets himself in trouble with girls and looks like a ‘di*k’.

Sarah and Chad are in bed, sharing a double bed for the first time and things heat up for the couple.