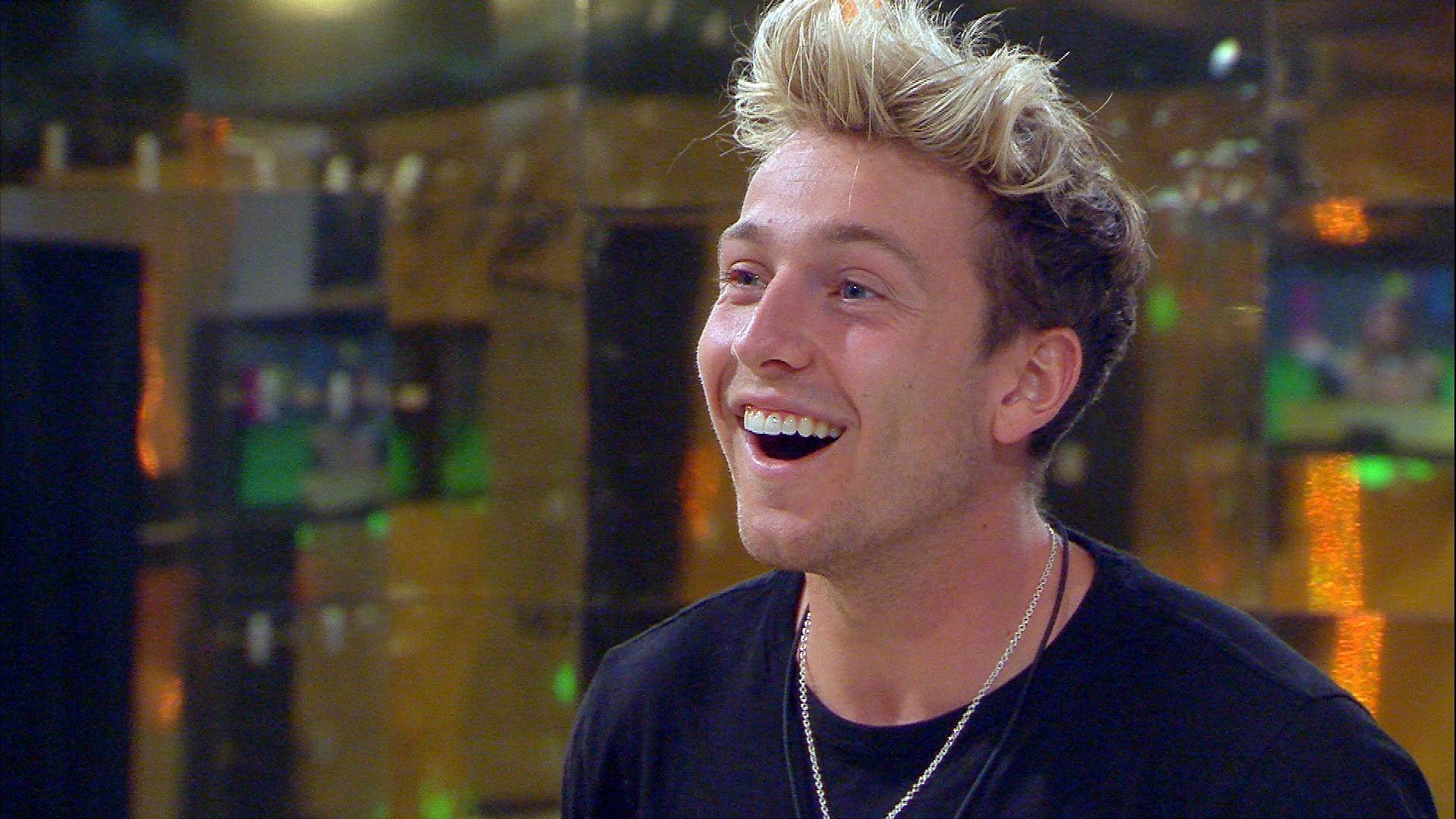 TONIGHT: Housemates face a big decision in The Vault, and Chad tells Sarah that he loves her.

Sarah and Chad talk about a dictatorship in the house. Talking in code and referring to Sandi as ‘pineapple juice’, Sarah says; “The pineapple juice is overtaking, definitely.”

Sam enters The Vault first. He is greeted with a screen showing his sister Louise Thompson. He picksHelen’s box, which shows her husband. Sam says; “Why couldn’t I have picked f**king Sarah’s box?!” Sam sacrifices his box for Helen and she receives a visit from her husband

Jemma enters The Vault next. She decides to take a letter from her sister, and sacrifices Derek’s letter from his wife. She later apologies.

Amelia enters The Vault next. The screen in her box shows her mum, however she picks Sarah’s box and sacrifices seeing her mum.

Amelia re-enters the Big Brother house, upset about not seeing her mum. Derek and the other housemates console her; “What maturity. You’ve got special running through you,” says Derek.

As the final housemate to enter The Vault, Chad automatically receives a video message from his sister

Jemma goes to the diary room to talk about The Vault and tactics in the house. Talking about Amelia’s decision; “Giving up seeing a family member for someone you don’t even like… that’s all a f**king game Big Brother!”

Sarah and Chad cook dinner for their fellow housemates. As they all gather to eat, Sandi stays in the living area

Amelia talks to Sandi about Sarah’s reaction to her Vault sacrifice. She says: “It’s a lot to sacrifice, just for a thank you.” Sandi replies; “We do it from the kindness of our hearts. That’s a gift. To be able to be so strong, to do something like that.  Sometimes you just wish that the person was bit more appreciative.”

Sarah and Chad are cleaning up in the kitchen, talking about Sandi. Sarah says: “Was Sandi p**sed off with us taking the kitchen over? I want to cook too! She’s quite pushy when it comes to the kitchen stuff.” They clean up and then kiss each other

Jemma and Amelia are in the bedroom talking about The Vault. Jemma tells Amelia; “I just don’t get why you would do that for Sarah.”

Chad is drinking and Sarah tells him to slow down

Sarah and Chad have an argument in the garden. She tells him “I’ve been in this business fifteen-f**king-years, you’re just starting out!”

Sarah and Chad are in bed together. Chad tells Sarah he loves her.