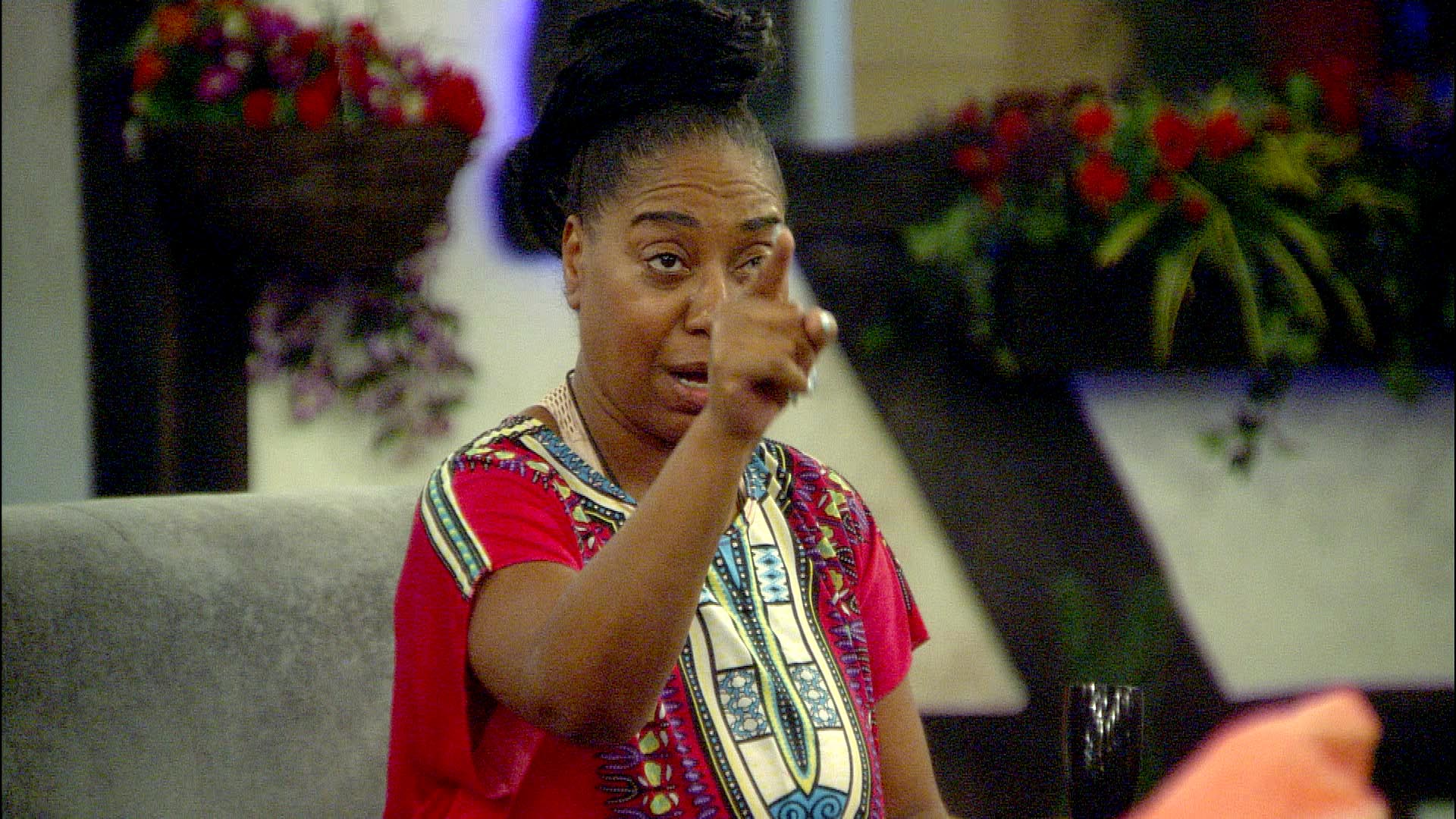 On tonights show Chanelle and Sue become the first housemates to face this weeks eviction..

Sue talks to Big Brother in the diary room about seeing her dog Queen yesterday.

Sue talks to Simone in Thorn Cottage about her appreciation of Simone’s friendship in the house and says she has been a constant support to her.

Charlotte talks to Big Brother in the diary room about seeing her mum yesterday and her revelation about Chanelle. She says she will be incredibly wary of housemates after receiving the information her mum gave her.

The Hunt task continues, and housemates will face a series of challenges that will force them to challenge each other in order to be saved from the public vote. Housemates must endure The Punishing Parcel, housemates must pass the parcel to the person they want to target for nomination, that person will remove a layer from the parcel, and if the layer is blank they will parcel the parcel on until someone reveals the target layer. The housemate to reveal the target layer will automatically face the public vote.

Chanelle is the first victim of the hunt and is therefore nominated for eviction this week.

Sue talks to Charlotte in the living room about her decision to see her dog earlier in the week. She say’s “Half the house was divided and thought I shouldn’t have took Queen” but argues that animals are just like human beings, and they are intelligent and have feelings too.

Chanelle talks to Big Brother in the diary room about being the first victim of the hunt and said she wasn’t surprised to be the target.

The Hunt task continues – The housemates must take part in a buzzer style game based on tweets from the public about housemates. If they get the answer right, they will remove a life from a fellow housemate. The first housemate to loose all three lives will be targeted for nomination.

Simone looses all three of her lives and becomes the second victim of The Hunt and will face eviction this week.

Simone tells Sue that she’s going to do more pranks if she survives eviction and Sue tells Simone that Andrew will never face nomination as he’s blended into the house, but says Andrew has turned on both Simone and Sue “like poison”. Sue calls Andrew “the most devious snake in here”.

Andrew talks to Big Brother in the diary room about Simone and says he feels she is trying to tarnish his personality. He says that Sue is very serious and is dragging him into draining conversations and he wants more fun.

Simone and Sue talks to Raph in the kitchen about how different Andrew was on the outside and Simone talks about him being “skint” and needing to do Big Brother for the money it would provide.

Ellie and Simone talk in the living room about Andrew. Ellie says she feels that he is a sweetheart but Simone says she knows more about him from conversations in the outside world and divulges that Andrew needs the Second Chance Housemates £15,000 winnings more than she does.

Andrew confronts Simone and Sue in the living room about what Simone said to Ellie about him. He tells Simone that he hasn’t changed and denies that they talked everyday before they entered the house. Andrewargues he’s not in the house for money but for the experience. He tells her to stop attacking his character.

Simone finds the argument funny and amusing and Isabelle tells her to stop laughing about it or talking about his financial situation.

Andrew talks to Big Brother in the diary room and is upset from his argument with Simone. He is upset that she is attacking his character.

Sam and Ellie get close in Rose Cottage and complain that they are sexually frustrated and kiss in bed.

Deborah and Hannah give Simone some advice. They tell Simone that she needs to think before she speaks.

Isabelle talks in the diary room and admits she’s now decided that she doesn’t like Simone.

Sue is venting in the living room to Simone and Hannah and talks about the impact she has had on the house. Andrew is agitated with how noisy they are being and listens to them from Thorn Cottage.