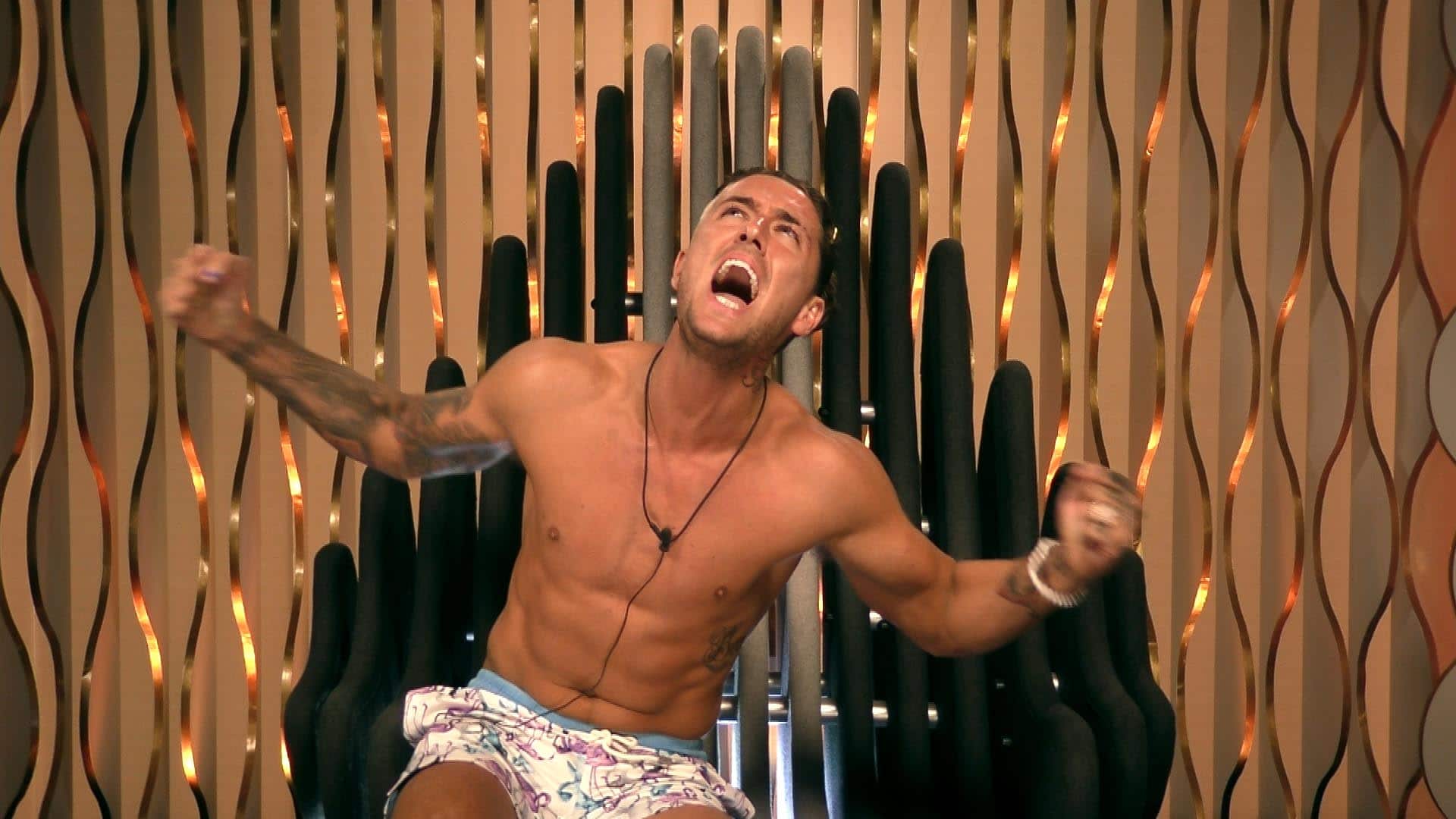 In the bedroom, Marnie tells Bear that she feels betrayed by him, as he didn’t stand up for Lewis; “I’m disappointed in you.”

Frankie comes to the diary room to talk to Big Brother; “The route of all evil in this house is Bear, who is cranking Heavy D up like a little wind up toy!”

Meanwhile, in the smoking area, Bear tells Lewis ‘Marnie stuck up for him’ and that he ‘found Heavy D funny’

In the bedroom, Marnie reveals to Lewis that she was disappointed with Bear. Lewis comments; “We’ll see him for who he really is…”

Later,  heavy comes to talk to Big Brother and confirms that him and Lewis ‘are fine’ and he wanted to ‘ruffle some feathers’

Lewis tells Bear that he’s always stood by his side; “If we’ve got to that point in the game now, where you can’t afford to have friends, then that’s OK.” Bear replies; “I’m up every week, I’ve got nothing to lose! Just do you.”

Later, in the garden, Heavy D accuses Katie of ‘jumping on the band wagon’ and not having an opinion, which annoys her. Katie states; “Maybe you should calm down and focus on you. I do have my own opinion. Maybe you’re not worth me wasting my opinion on…”

Heavy D asks Katie; “Why are you even here?” She replies; “Because I was paid to! More than you!” She adds; “I’m obviously still important six years on that they want me on this show! I know for me I’m better than you…you’re an embarrassment. My grandma is more famous than you!” Katie walks away, Bear comments; “I think she handled herself quite well!”

In the bedroom, Katie is talking about her grandmother; “I was on The X Factor…I got sat down and told a really huge story will be front page of the big newspaper on Sunday, your grandma has been found out to be a prostitute! The night before I told my grandma not to speak to anyone…”

Meanwhile, in the bedroom, Katie tells Heavy D; “I’ve had enough of you! You are a waste of space! Shut up! You are the fool in here. You made it personal by coming at me.” Heavy D laughs

On the sofas, Renee wonders why Ricky ‘doesn’t say what he’s feeling’. Ricky states; “I used to lose it a lot, and I don’t like losing it. I’ve had to learn a different way…instead of acting on your first emotion, try and take two steps back and 10 seconds to breathe. You assess.” Renee replies; “If you’re going to say it, say it out loud!”

Bear is talking to Big Brother in the diary room; “I’ve survived twice! If I survive again…indestructible! I can test people and put people up.”

Heavy D is the fourth housemate to be evicted. Katie comments; “He’s picked on me since day one!” Bear adds that he ‘didn’t see it coming’

Big Brother gathers housemates on the sofas for face-to-face nominations which will be revealed on tonight’s show!

In the kitchen, Bear tells Samantha; “You haven’t given one opinion, you sit on the fence!” She laughs

Later, Renee is in the diary room, she tells Big Brother; “For the most part, the mood is OK.”

In the bedroom, Samantha is talking to Ricky and Aubrey; “Great Britain does love Sam Fox! They call me Our Sam!”

In the smoking area, Bear tells Renee; “You’re alright.” She thanks him

Some of the housemates are asleep. Frankie, Aubrey and Renee are in the diary room, Aubrey reveals; “Bear is growing on me, he’s keeping it interesting!” Renee agrees.

Tune into Channel 5/TV3 at 9pm to watch the housemates nominate face-to-face!