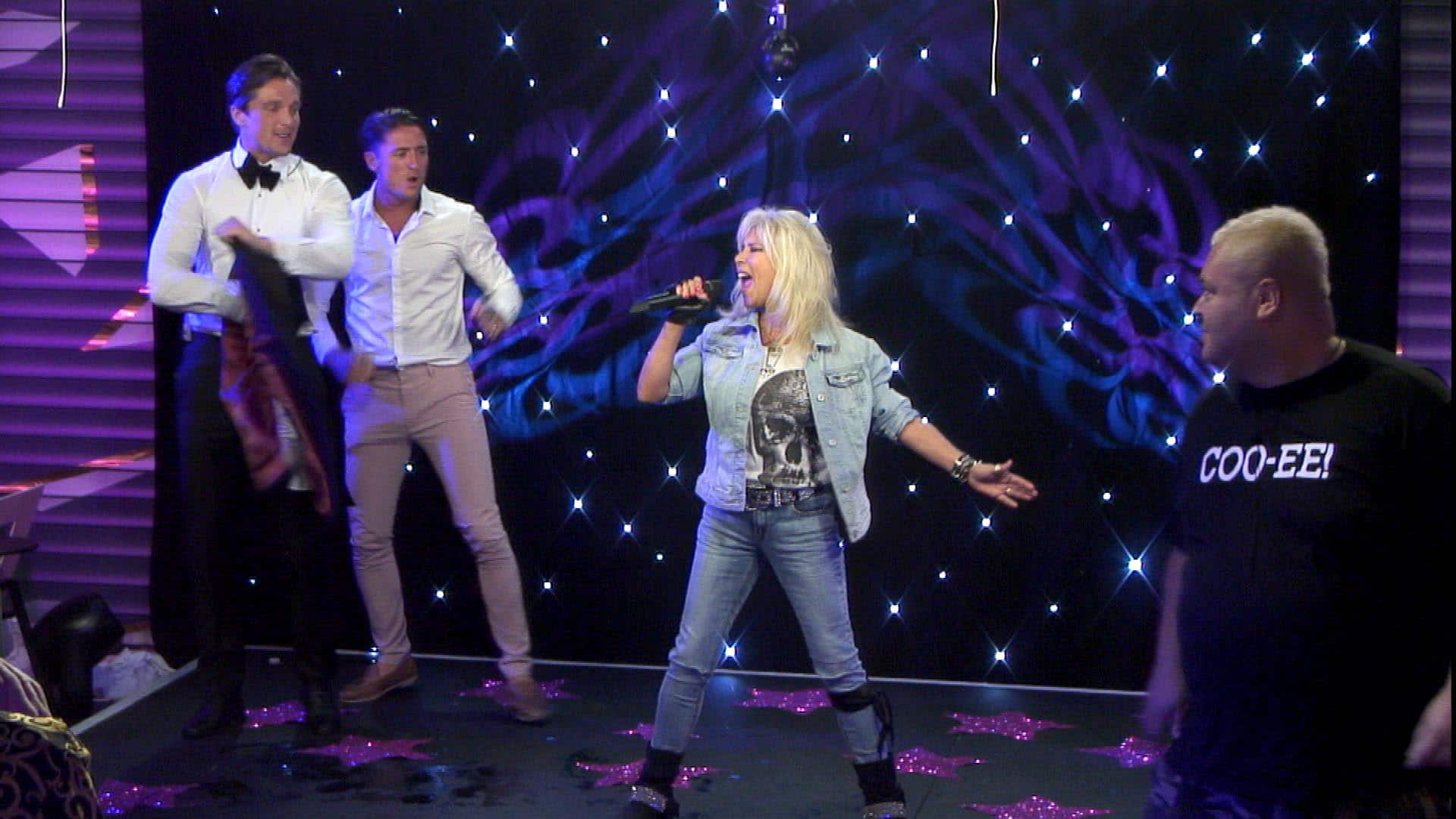 On tonight’s show: Housemates are punished for talking about nominations, the celebrities show off their talents as part of a task and Lewis & Marnie get closer

Housemates get an abrupt awakening. Big Brother announces to the house, that due to nominations discussed between Biggins, Saira and James, and Renee and Bear, the entire house will be punished. Hot water and hair appliances are turned off for the rest of the day. Lewis comments; “Sharpen up! You can’t talk about nominations Biggins!”.

James suggests appointing someone in charge of the house; “We are seeing anarchy!”.

Bear is annoyed that Saira, Biggins and James nominated Grant as he thought ‘they were all mates’. Saira calls Bear ‘a d*ckhead’.

Saira is in the diary room talking to Big Brother about Bear; “He’s so vile! Renee has a soft spot for him, he now has a defender for all his actions and behaviour.”

In the bathroom, Grant tells Marnie and Bear how he feels about being nominated; “I’m intrigued to know what I’ve done!”

In the bedroom, Renee advises Bear ‘to leave it alone’ with Saira

On the sofas, Lewis jokes to Heavy D; “I’ve snogged and you haven’t!”

In the kitchen, Saira apologies to Bear for calling him a name; “I’m a mature woman and I should control myself.” The pair hug

Housemates take part in Big Brother’s Big Show-off task, where they showcase their talents, judged by Renee, Aubrey and Frankie

Katie takes to the stage and amazes everyone with her rendition of ‘At Last’. Aubrey comments that Katie should ‘work on the outfit choice’ and Frankie tells her ‘she’s still got it, and needs to keep singing’.

Marnie, Lewis and Bear act out a scripted realty TV scene. Marnie acts pregnant with Lewis’ baby and is proposed to and is kissed by both men.

Heavy D and Ricky act out a soap opera scene.

James and Saira entertain housemates with a chat show

Samantha performs her hit ‘Touch Me’

In the bedroom, Saira tells Samantha that she thinks the younger members of the house are getting close for attention. “Bear will get his tongue down somebody’s throat! He won’t want Lewis getting all the attention.”

Lewis and Marnie are kissing in bed. He comments; “You have beautiful lips. You are a right sort!”

In the garden, Bear and Renee are connecting. Lewis states; “You two are the biggest romance in here!”

In the diary room, Biggins states; “Bear wants desperately to win and thinks I’m a threat. I’m wary of Bear, closely followed by Lewis. They are out to win.”

Bear whispers to Renee about Lewis; “I don’t trust him. He likes Marnie a lot, she don’t care for him. He’s gone in too quick.”

Saira tells Marnie; “I’m getting to know Bear. We’ve got a lot in common. Genuinely think he’s a decent guy!’

In the living area, Renee asks Bear to snuggle with her in bed. He tells her; “I’m not going to kiss no one in here!” She replies; “If you were I would expect it to be me? He says ‘yeah’

In the smoking area, Bear announces to Lewis about Marnie; “I could kiss her if I wanted to! I can do what I want!” Lewis replies; “But I like Marnie…”

Bear is talking to Big Brother in the diary room; “If I want to kiss Marnie I will. Lewis really likes Marnie, Marnie doesn’t really like him.”

In the smoking area, Marnie is talking about Bear; “None of youse know what he’s capable of, he’s ruthless!”

Marnie tells Bear that he was disrespectful to Lewis