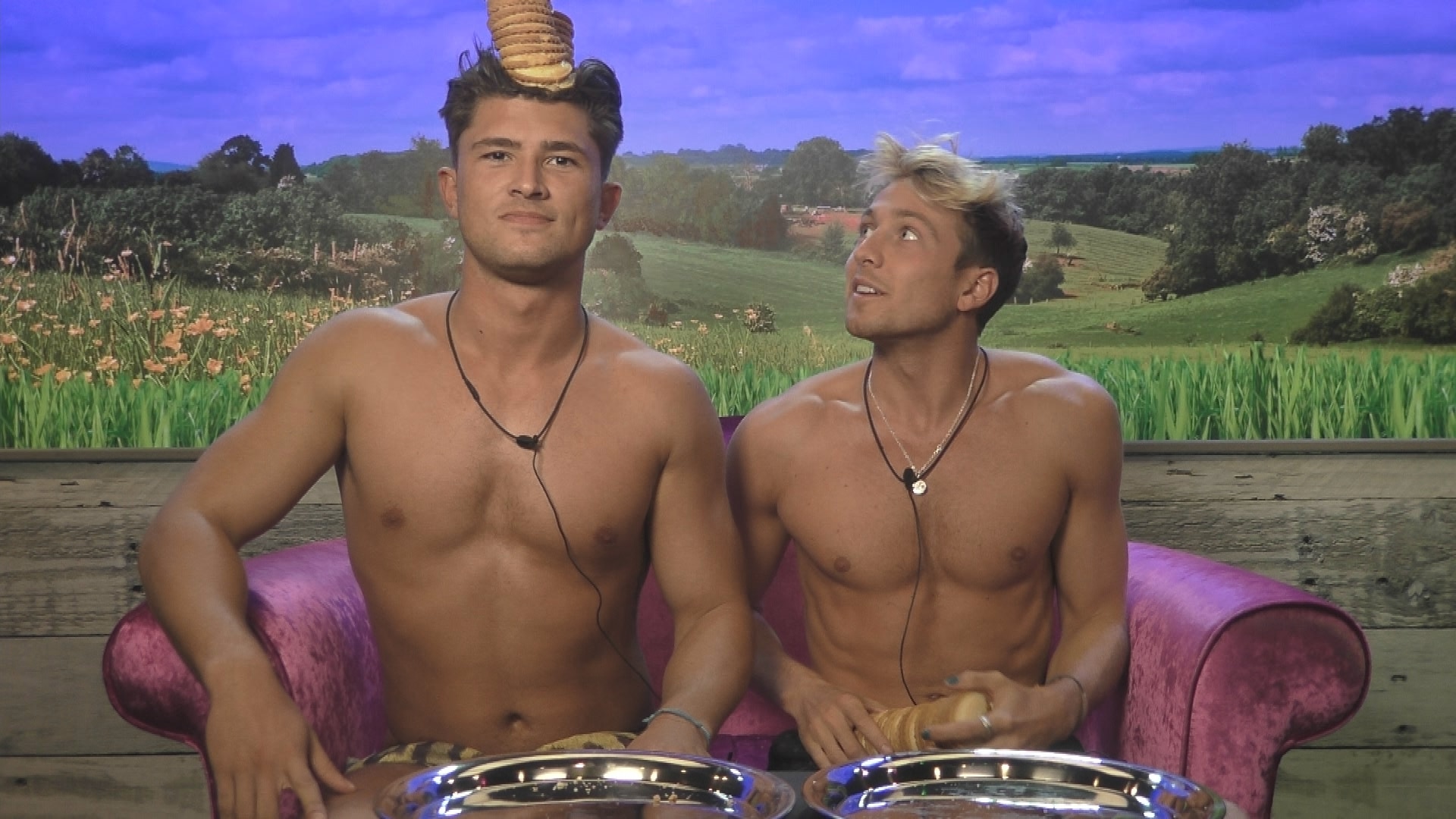 On tonight’s Celebrity Big Brother… Sarah and Chad get it on, Jemma clears the air with Paul and Sarah and the housemates are told that Trisha has walked…

Housemates are waking up on Chad’s 30th birthday.

Helen is in the diary room giving her take on the house.

In the kitchen, Jordan asks Trisha if she will offer to do the dishes, she replies; “No! I don’t do dishes. I will not do it. This house is a piece of sh*t and disgusting, so why would I want to clean a piece of sh*t house!”

In the garden, Paul and Jemma are clearing the air and apologise to each other. Paul says to Jemma; “I get on so well with you in here. I wish you two (Jemma & Sarah) would sort it out…” Jemma replies; “I don’t give a f**k about her. Me and her doesn’t matter.”

In the garden, some of the housemates are talking about Cheryl Cole. Amelia states; “I actually think I would turn for Cheryl!” Paul comments; “She’s stunning!” Sarah speaks about her ex band mates; “I haven’t seen any of them for a long time, Nadine and I have stayed more in touch…we have our own lives going on.”

Sarah adds about her previous engagement that ended; “I wasn’t in a good place after that…he ended it in Ibiza…it was hash. I was numb for a couple of weeks at first and then I went into meltdown mode.”

In the smoking area, Jemma asks Jordan; “Do you think everyone’s going to hate me on the outside?” Jordan replies; “No…the past two nights you’ve been very drunk, pace yourself with the drinks…you want people to see the nice side of you! People like the fun Jem, all us boys like the fun Jem!”

In the bedroom, Paul tells Sarah that he’s spoken to Jemma. Jemma then enters the bedroom asking to speak to Sarah; “The reality of it is, we’re not going to be best mates. I’ve been trying to avoid you as I don’t want conflict.” Sarah adds; “Let’s draw a line under it and be civil.” The pair hug.

Big Brother gathers the housemates for today’s task. Housemates are split into pairs where they compete against each other in some fun diary room challenges. What the housemates don’t know is that Brandi and Helen will be guessing what they think the outcome of each challenge will be. If they correctly guess the majority of outcomes, then all housemates will be rewarded with a garden summer party

As Brandi and Helen correctly guessed the majority of outcomes, Big Brother throws the housemates a garden party

Big Brother gathers housemates on the sofas for the eviction. Karthik is announced as the second housemate to be evicted

A tearful Trisha comments; “This house is so disrespectful, everyone is cheering when two people are up for nomination! Zero respect for anyone. I’m not staying in this house it’s f**king disrespectful.” Paul apologises to Trisha

In the smoking area, Sam states; “I do like Trisha but she flies off the rails.” Sarah adds; “She goes from one extreme to the next!”

Trisha goes to the diary room to speak to Big Brother; “I’m walking sorry, I’m not staying. This house is disgusting. The boys cheering when two people are up…narcissistic a*seholes, it’s not about them! I’m done. Fake, disgusting people. If they are your representation of your country, of the UK, it’s a disgusting f**king country! Pieces of actual sh*t in this house! I’m not doing it sorry. I’m a self-absorbed nasty b*tch and there are way more nasty people in this house…”

Sandi, Jemma and Shaun comment on how they think Trisha is acting ‘disrespectful’

Big Brother gathers the housemates on the sofas to announce that Trisha has left, some of the housemates comments; “Karthik wanted to stay!” Sam comments; “I’m grateful to be here!” Shaunadds; “She’s let her fans down!”

In the smoking area, Sarah talks to Jemma and Chad about her relationship with Chad; “You get lonely and you just want company…I need to assess things when I get out. We’re in a bubble in here and I don’t want to make anyone look stupid. You are like my best friend in here! I’m just trying to be a decent person.” Chad adds; “You are the person I want to talk to in here…I had a girlfriend a month and a half before I came here and I ended it as I knew it was ending.” Sarah adds; “I don’t want to confuse my feelings I need see how things are when I get out. Whatever happens I want to be friends.”

In the garden, Paul and Amelia comment on Chad and Sarah, they think what they are doing is ‘disrespectful’

In the smoking area, Brandi tells Sarah; “It looks romantic (referring to Sarah and Chad)…everyone is talking about it.” Sarah replies; “Really? But nothing has happened…”

On the sofas, Jemma tells Brandi about her and Sarah; “We’ve actually ended up having a good day and had chats. It’s easier to squash it.”

In the bedroom, Sam reveals to Jemma and Jordan about Amelia; “Right girl, wrong time. It’s always right girl wrong time for me. I’m really attracted to her…I like being around her; it’s like magnets. I really like it…but then again, I don’t want to push things onto a level with her to then when we get out, I told her I need to sort stuff out…” Jemma advises him; “So you do have to push away then Sam.” Sam replies; “It’s just weird as she’s really sweet, so lovely and awesome and fit and cool, she’s like the nicest person.”

In the smoking area, Chad and Sarah are getting close. She says; “We’ve become besties! I don’t want to hurt people…they are all gossiping about us.”

Paul is in the diary room talking to Big Brother; “It’s a guy that has come over from America who has not really done a recce about the show…he’s thinking a little bit bachelorly, there’s a fit girl, she quite likes me, she is also in a big band, that isn’t together anymore and she’s given him loads of attention, and he’s like so what’s wrong with that?! He’s not thinking about she’s got a boyfriend, maybe we should actually not go there…she is doing the same.”

Sarah heads to the storeroom alone and holds her face in her hands; “We’re so screwed…” In the kitchen, Chad mutters; “Sh*t.”

In the bedroom, Sarah tells Chad; “It’s like I want you, I just don’t know…I’m really confused right now.” Chad says; “Come over here for like five minutes for a cuddle. I don’t think cuddling will change anything…” Sarah replies; “I don’t want to look like that kind of girl…I love a cuddle, I need a cuddle. I’m just confused.” Sarah heads to Chad’s bed and the pair cuddle