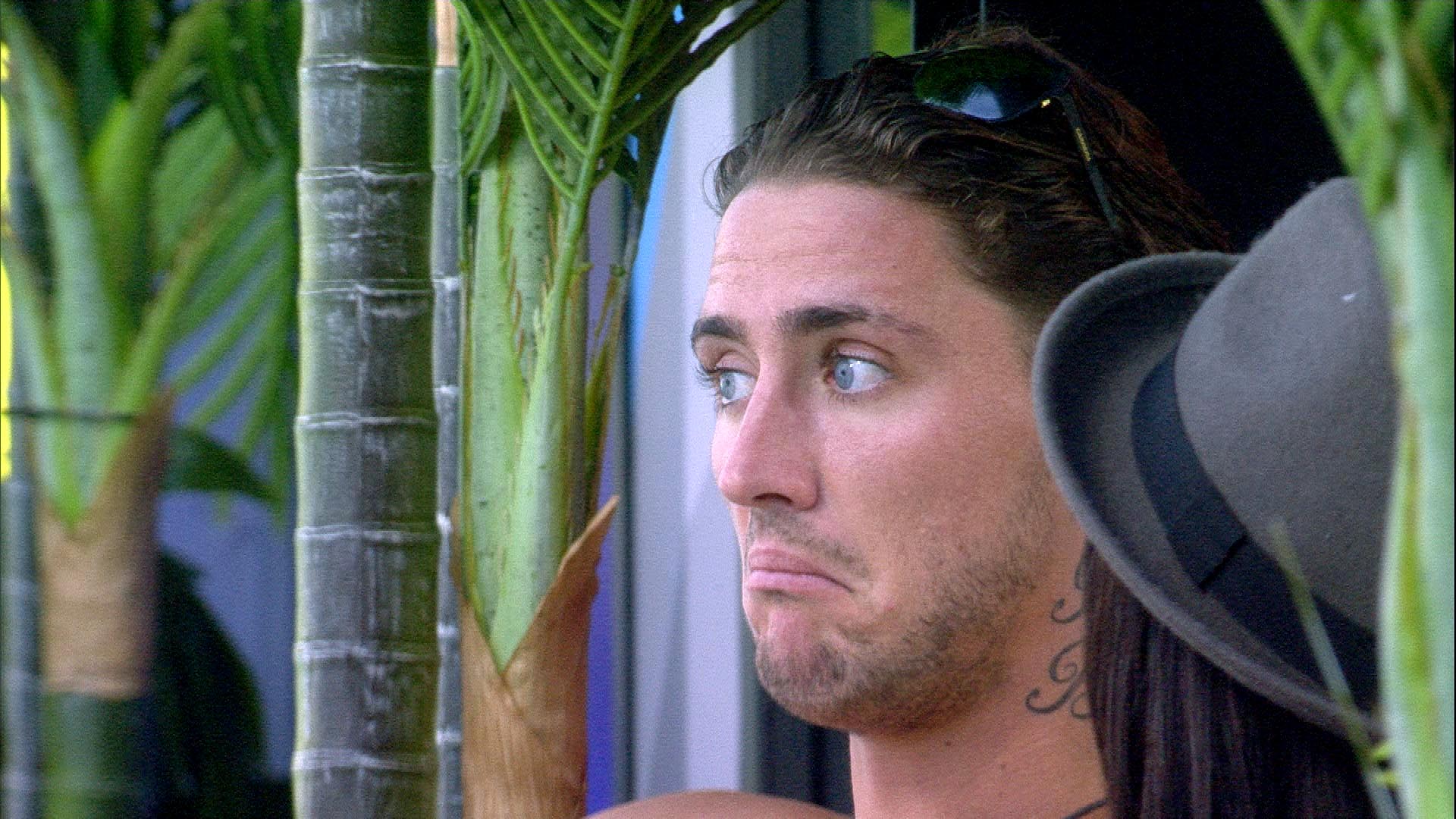 On tonight’s show – Lewis and Marnie discuss their relationship and Lewis and Heavy D come to blows!

Tonight, Bear and Heavy D announce that they want to win the show

Meanwhile, Renee is in the diary room talking to Big Brother about how Bear destroyed the yearbook from the task; “If I had a conversation with Bear I wouldn’t be able to stay calm. I’m just disgusted.”

Later, in the smoking area, Lewis tells Bear; “The book last night, I did have the hump. We were all having fun last night and it ended sour. I want to see you get on with people in here!” Bear replies; “It’s not a holiday camp!”

In the garden, Lewis advises Marnie ‘to list her goals and smash them’ when she’s on the outside

Ricky comments on Lewis and Marnie’s relationship to Samantha; “When she’s had so many bad guys, he’s the nicest guy that she’s met. In comparison, his goodness out ways his bad! She sees him as the best thing since sliced bread.”

Aubrey is unimpressed when Heavy D calls her Amber. She replies; “You should learn the names of people that have careers bigger than you!” Heavy D and Bear laugh

Later, Heavy D comes to the diary room to talk to Big Brother; “I’m very confident! I’m here to win it! I want to win this.”

Meanwhile, Aubrey questions Lewis and Marnie about their relationship, and if he could join Marnie on her show. Lewis says; “I wouldn’t dream of going back on a show like that! I don’t want to be on TV!” Aubrey then asks Lewis why is he here, he replies; “So I can buy my mum a house!”

Marnie says ‘it would depend on the circumstances’ about moving in with Lewis. Renee advises her ‘not to give up her day job until she’s 100% sure’

Later, in the smoking area, Marnie checks with Lewis if he’s single, he replies; “I’m not seeing anyone out of here! I’ve been on dates; no one has stayed at my house.”

Heavy D is listening in, he jokes; “It’s all about me! Me me me! The world according to Lewis!” Marnie and Lewis are left unimpressed, Lewis tells him to shut up as he’s winding him up

Heavy D and Lewis start to argue, Lewis then throws a drink at Heavy D. Big Brother immediately intervenes by calling Lewis to the diary room. Heavy D laughs; “If you can’t handle the heat get out of the kitchen!”

Marnie tells Heavy D that he was ‘winding up Lewis’

Marnie believes Bear should have stood up for Lewis; “That’s your friend and you were standing there laughing…” Bear tells her he thinks ‘Heavy D is funny’

Big Brother calls Lewis to the diary room and warns him that his behaviour was unacceptable, and asks him to calm down

Meanwhile, Heavy D is talking to Bear “I think Lewis doesn’t like me, that’s why I can wind him up!”

Marnie is talking to some of her housemates about her disappointment in Bear; “He was just laughing! Even when it was his friend. I’ve now realised!”

Tune into Channel 5/TV3 tonight at 9pm to see the drama unfold!