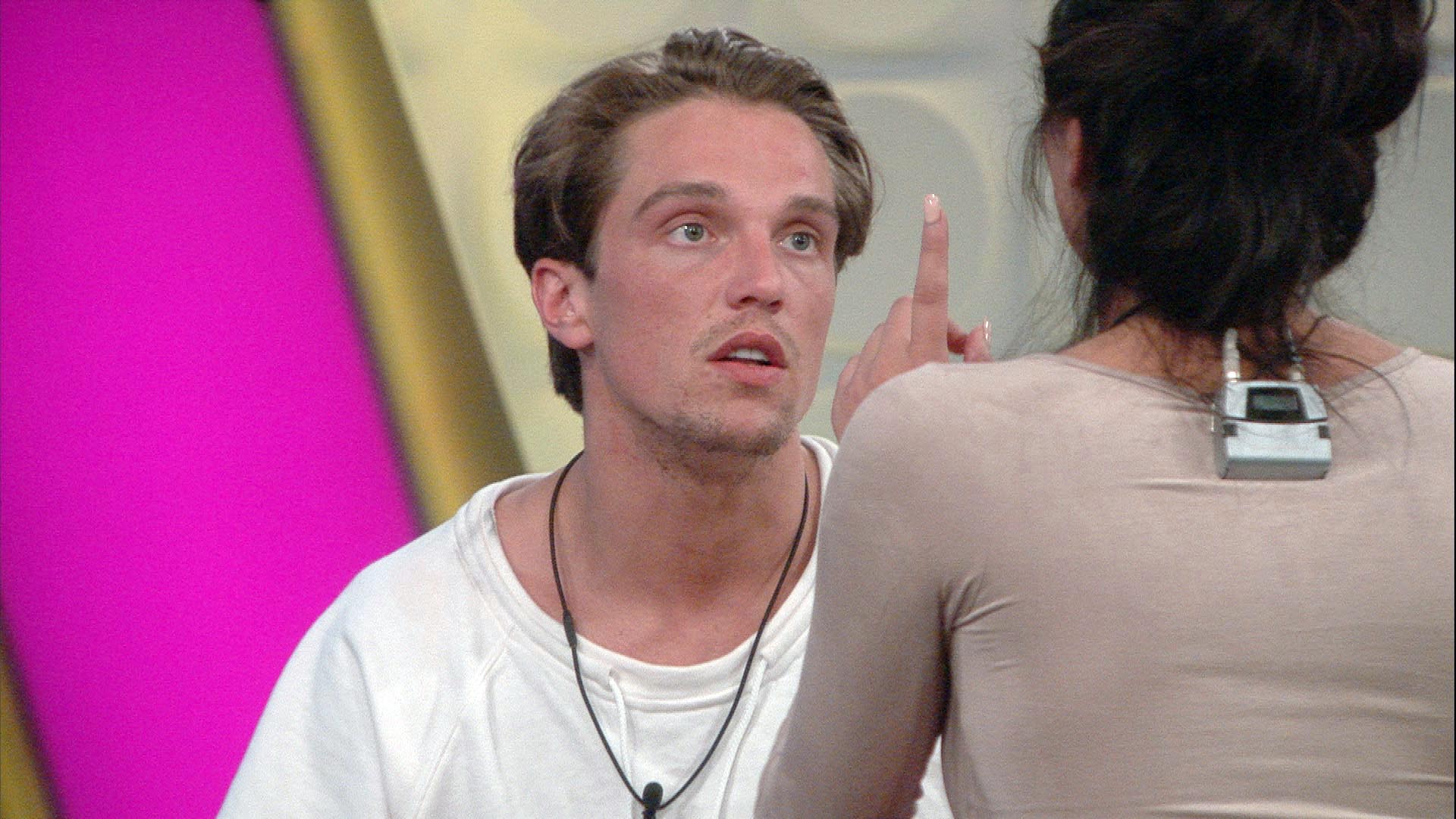 The Housemates have been gathered on the sofa. Big Brother reveals that yesterday Aubrey spoke about nominations and will therefore be punished for her rule break. As instructed Aubrey retreats to the jail in the garden and some of the Housemates walk her out.  “I feel sorry for her because all of you were agreeing when she said it,” Bear says.

Marnie and Chloe want an explanation from Aubrey on her reasons for wanting them nominated. Renee responds: “None of us like your behaviour!”

Chloe, Marnie and Renee have a full scale argument in the garden as other Housemates watch. James likens the argument to something you see “outside a pub on a Saturday night.”

Big Brother calls Renee to the Diary Room. She tells Big Brother, “…It’s about time Chloe opened her mouth…it has to do with she allowed him to talk bad about me and she needs to clean her f**king underwear off the floor…walking around in a towel like you’re something.”

Aubrey is freed from jail and tries to get Renee and Bear to resolve their differences. Renee wants to be left alone and begins to get upset adding: “I will not be disrespected.” She tells Aubrey will return to cooking the meal she is preparing for “the whole house, that should say a lot right now.”

Sam is in the Diary Room talking about Renee. “She’s cracked, there’s only so much people can take, he doesn’t accept he’s done anything wrong.”

Renee finishes cooking and dishes up the meal to all of the Housemates who then eat in silence. She remarks: “All I had to do is feed someone and they won’t make a sound.” Bear nudges Aubrey saying, “She’s digging you out,” and all the Housemates laugh.

Housemates compete in the next part of Big Brother’s Big Risk task. In the Diary Room each Housemate chooses whether to play for ‘Me’ or for the ‘House.’ Frankie, Renee, Bear, Chloe, Heavy D and Marnie play for themselves while James, Sam, Lewis, Katie, Ricky and Aubrey choose to play for the House.

Housemates go head-to-head in a speed task and the ‘Me’ Housemates win. Big Brother rewards them with tickets to Big Brother’s Big Festival. The losing Housemates are not invited.

The ‘House’ team watch as the winners enjoy their party in the Garden. Sam gets annoyed that Bear is banging on the window adding: “When me and Katie won we said, let not go out.” Lewis remarks, “Let them enjoy it Sam, shut up, you’re so sensitive.” “Whatever I say about your mate you’re gonna disagree, if you want to keep being his mate you ain’t gonna get nowhere,” Sam retorts.

In the Garden Marnie confides in Bear. She is unhappy that Lewis chose the House over her. “If the tables were turned, I would have sacrificed myself for Lewis,” she adds.

The Task winning Housemates have returned to the House and Marnie tells Lewis how she feels. Lewis tells her that today’s task is different from yesterday so he knew that there was no option to save her.

Marnie states, “You chose a House that has not chosen you, everyone here slags you off and you chose that over me.” Lewis retreats to the story room and Marnie follows. “I was right, the prize was not to save you… but I’ve lost you in the process.” Marnie storms out.

James has come to the Diary Room and likens the relationships in the house “being in a soap opera.” He tells Big Brother that he thinks Bear will be saved tomorrow and that Marnie or Chloe may be evicted.

Lewis tells Marnie, “I see a future for us and its f**king beautiful, I f**king love you so much, I don’t wanna lose you.” Marnie replies: “I love you more than I should, maybe I should put my guard up.”

Later, Chloe is feeling mischievous and attempts a naked dash to the bathroom. Lewis covers her over while Marnie protests, “It’s only a naked body.”