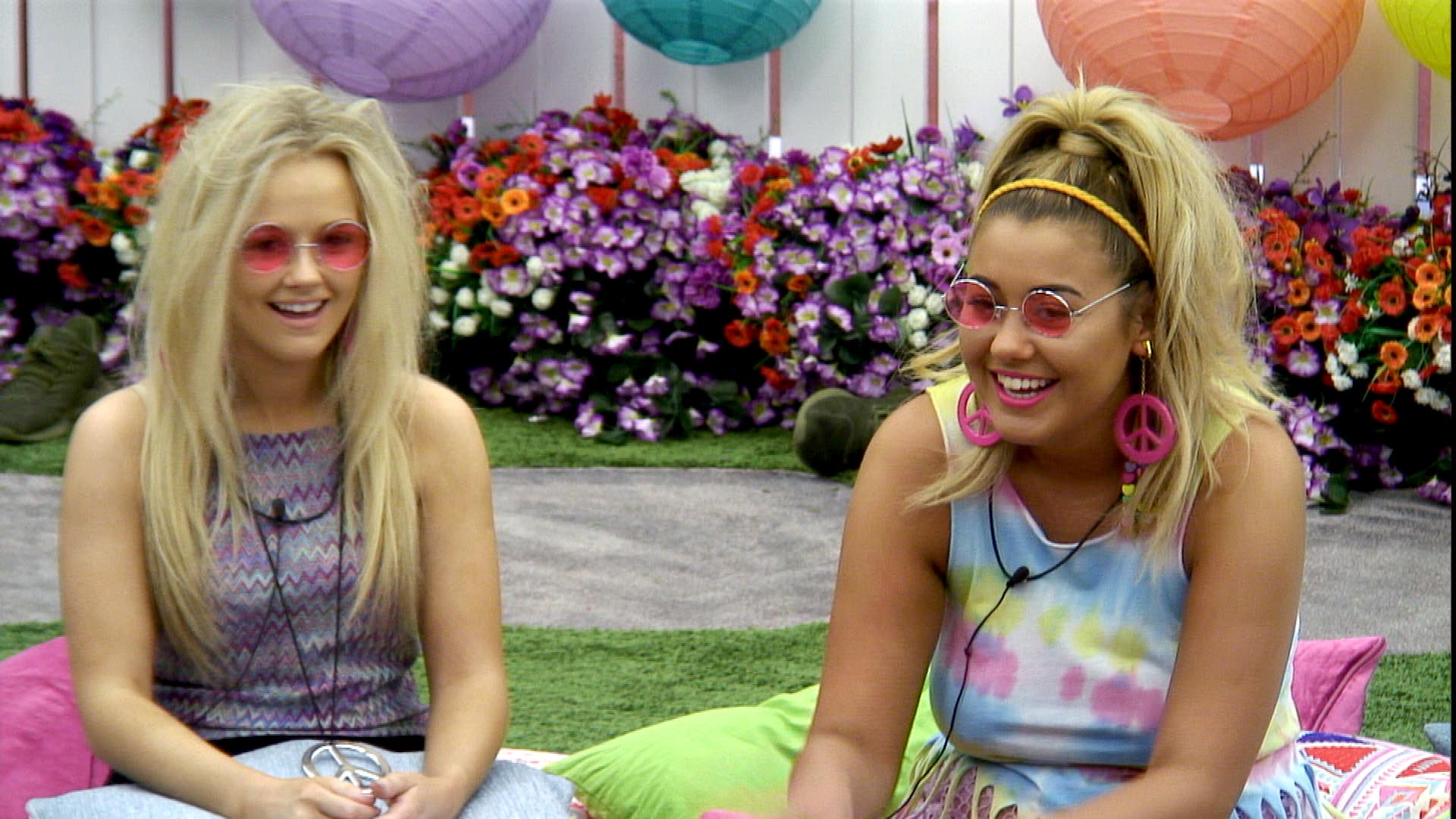 Housemates are waking up after an explosive night and there is tension in the air. As part of a task, Big Brother transforms the house into a hippy commune. The sofas have been taken away and replaced with cushions and blankets. Chanelle comments; “Make love not war!”

In the garden, Chanelle is spreading positivity to Raph, Isabelle and Deborah; “Breath in positivity, out negativity!” Meanwhile in the kitchen, Savannah comments to Tom and Ellie; “The only power we have is sticking together as a group.” Chanelle listens on from the living area.

In the living area, Big Brother gathers all the housemates to reveal that Lotan will not be returning to the house. Big Brother tells housemates that they must all control their own behaviour and urges them to show each other respect and tolerance and that all housemates will now face eviction this week.

Deborah explains to Ellie how she felt last night and apologises.

Chanelle tells Tom that she’s ‘sweet with everyone’. Hannah and Charlotte talk things through and ‘agree to move forward and have a good time’

In the kitchen, Isabelle tells Hannah that she’s feeling better. Hannah comments; “You just don’t have no filter!” Isabelle says; “I don’t think I was like that! I’m so oblivious to what could be offensive.”

In the garden, Savannah is opening up to Tom; “Should I just go home and get away from this? I don’t usually quit.” Tom comforts her; “At 21, you moved to one of the biggest places in the world and you made something of yourself…if you can stick that out, you can stick this out!”

In the bedroom, Raph and Ellie are talking openly and apologise to each other

In the garden, Isabelle is talking to Joe about Lotan; “I do feel bad, if I didn’t come in this house, he wouldn’t not be here. For some people this is a big opportunity.”

Following last night’s argument, Chanelle is called to the diary room and is reminded about her behaviour in the house, she apologises.

Following last night’s argument, Deborah is called to the diary room and is given a formal warning for her unacceptable behaviour in the house.

The task gets underway. Dressed as hippies, the housemates must repeat ‘I’m At One With The Big Brother House’ each time a gong sound is played into the house and housemates are asked to share positive thoughts.

In the diary room, Isabelle tells Big Brother; “I feel like quite guilty from last night, I have a constant feeling I’m a ‘d*ckhead’…I’m so confused, I don’t think what I said was that bad. I compared it to if I had sex on TV or got my tits out, obviously my dad is not going to be proud.”

In the diary room, Ellie is talking to Big Brother about the task; “We’re all having a laugh! It’s so good! There’s so much love, peace and harmony!”

In the garden, Deborah reveals to Kieran; “You have a lot of word of wisdom, you say some smart things.” He replies; “People say things without.

These scenes air tonight at 10pm on Channel 5.