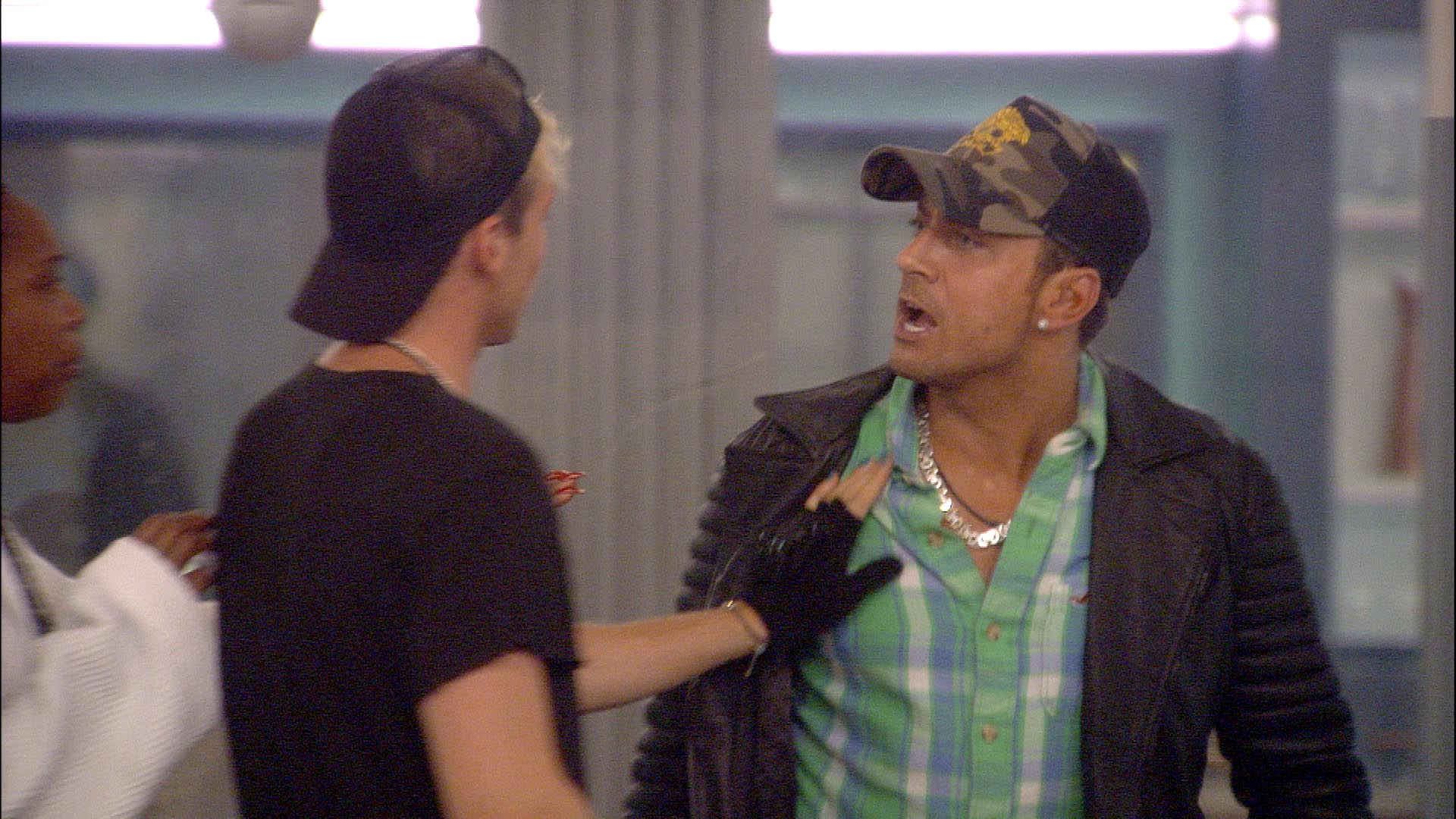 On tonight’s show Nominations are revealed, Amelia and Sam admit they want to date and Paul has a showdown with Sarah.

Housemates are still talking about the argument the night before between Jemma and Sarah.

Paul and Jemma are in the garden; “she’s so, so sensitive if you mention anything to do with having a drink”, Paul says about Sarah. Jemma replies; “She’s always got a blackcurrant that she doesn’t touch, that makes her feel better because it’s there”

Jordan walks over to Sarah in the living room, and gives her a hug. He says: “It was an argument over nothing.  It got personal, there was no need for it to get personal”. Sarah replies: “I don’t know why she’s like this with me. I don’t know what I’ve done”

Housemates take it in turn to go to the diary room and choose their nominations.

Jemma tries one of Trisha’s revealing dresses, which has her breasts on show. Sam walks into the bedroom and says; “What are you wearing? Oh look at those tits!”, before playfully flicking her nipple. Big Brother calls Jemma to the diary room, and she states she was not offended by his actions. Big Brother gives Sam a warning in the diary room for his invasive behaviour.

Sarah bonds with Chad in the garden about her Girls Aloud days, discussing the meaning of her ‘Strength’ tattoo on her forearm; “it reminds me to have strength, I got it when we were half way through our tour rehearsals, because I’m not the strongest of the dancers. I wasn’t as dance trained as three of the other girls, two of us were more singers than dancers so I used to do extra time with my routines. Tour rehearsals for me were so tough. I used to have a mini meltdown at some point during every four weeks. Everyone would be dreading, like ‘oh god here we come, Sarah’s going to have a little meltdown when she can’t pick up the routine’.

Jemma is talking to Sam and Amelia about their on-going flirting in the house. Sam tells the girls; “the week after I came back from Ibiza, was a hard week”, talking about his recent split outside of the house. Amelia responds, “I don’t want to be anyone’s rebound”. Sam replies, “I didn’t come here expecting to meet anyone. There is a bit more to it, obviously, for me.  I’m also aware that I have come out of a relationship very recently. I’m wary that I don’t want to f**k anything up in this sh*t, weird place.  I don’t want a ‘show-mance’ or anything like that. I would quite like to take you for a drink afterwards. ”

Paul is upset by a comment that Brandi tells him Sarah has made, and he confronts her in the garden.

Paul walks into the garden and apologies to Sarah, who is in the garden with Chad; “I’m sorry that I shouted. I just felt like I needed to defend myself” he tells her.