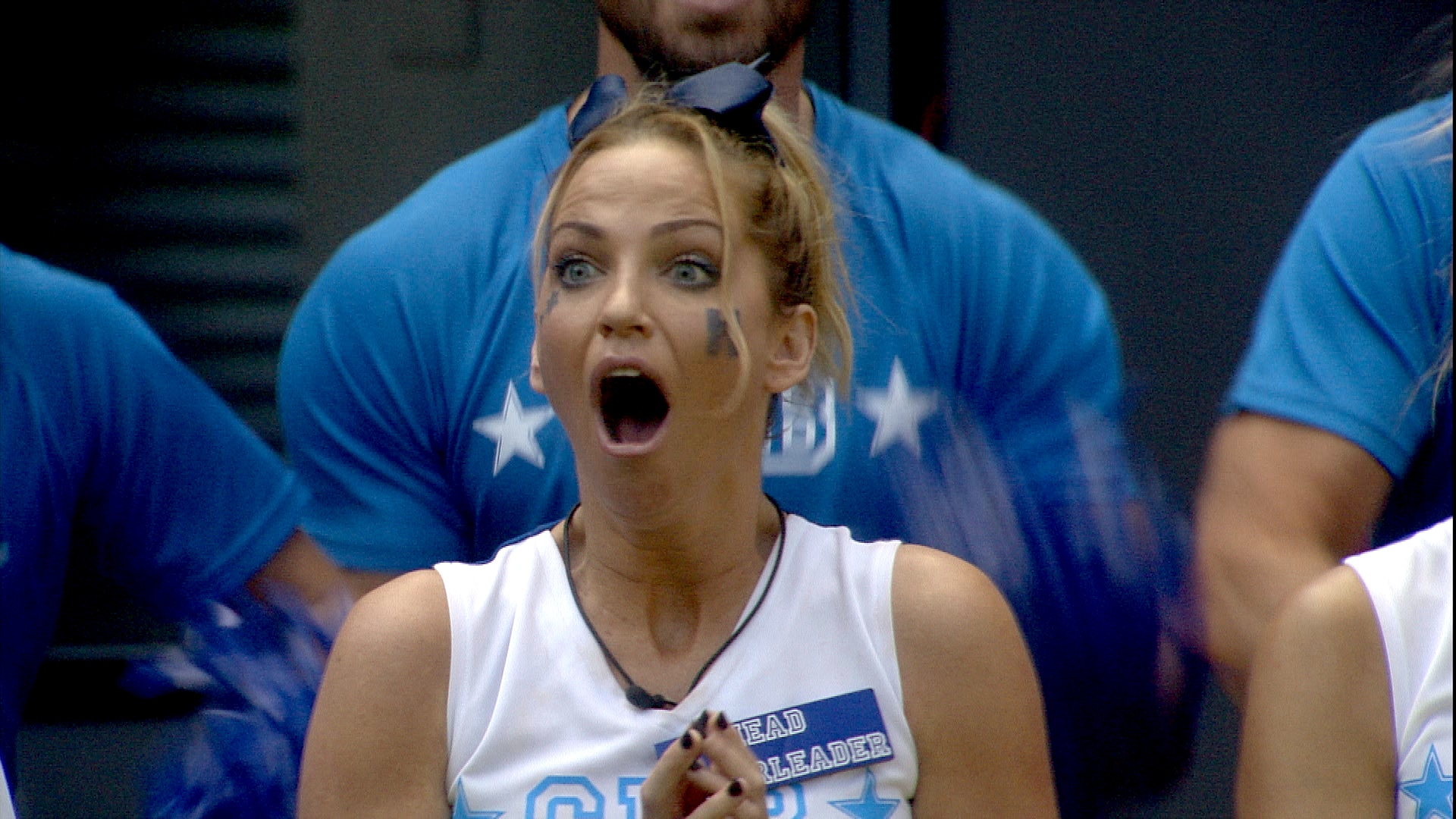 On tonight’s Celebrity Big Brother, Sandi and Brandi clash and Paul and Jemma make up…

It’s the final day of the murder mystery task. Detectives Paul and Brandi must try and solve the case

On the sofas, Paul and Jemma apologise to each other, Paul says; “I’m so sorry I reacted that way…I miss my boy and I’m trying to do my recovery…you hit me where you hurt and I’m genuinely sorry and should have never reacted like that.” Jemma adds; “I’m sorry for saying that too but I only said it to get your attention and it went too far…we’re like a married couple!”

As part of the task Detectives Paul and Brandi are called to the forensic lab to look for clues to help them crack the case. The rest of the house watch on from the sofas.During this part of the task, Brandi comments that ‘Chad doesn’t read’ which annoys him.

In the smoking area, Brandi comes to sit with Chad and Sarah, Chad tells Brandi; “For my entire life, up until two years ago, I’ve been miserable. I’ve opened hundreds of businesses, all of which failed, everything I’ve had in my entire life I have earned. I’ve studied, read, open businesses, failed, I’ve worked 15 different careers and I’ve done everything in my life and worked for every penny and everything I’ve have. Don’t you dare insinuate that I’m stupid; you need to quit that, it’s really annoying. I work my a*se off.” Brandi replies; “I apologise for that and it was just jokes.”

Paul and Brandi discuss who could be the murderers, Paul states; “Thinking who would try and get me out…if it’s Sam, I’d never talk to him again, it’s a bro code!”

In the garden, Paul and Brandi announce who they think the murderers are – TO BE REVEALED DURING TONIGHT’S SHOW

In the living area, Sam and Jemma are talking about football, Jemma reveals; “I haven’t slept with John Terry…the only Chelsea player I’ve slept with is Ashley Cole!” –

In the bedroom, Sandi and Brandi are disagreeing, Sandi tells her; “I don’t do spiteful things, I don’t play like that but you do! I say it how it is.” Brandi says she ‘doesn’t have a problem’ with her.

In the kitchen, Sarah is heating up a cottage pie, Chad advises on the temperature for the oven

On the sofas, Amelia tells Sam; “I’m having such a good time in here, a lot of it is to do with you being in here…I’m just embarrassing myself, it’s cheesy! You entertain me that’s why I like you, you make me laugh…I think you’re good to look at.” Sam smiles; “So are you…”

In the smoking area, Amelia tells Paul and Derek; “So being in the kitchen smells of fire, Sarah put the cottage pie in the oven and I’ve opened it up and it’s cremated and I’ve took it out and now it stinks in the kitchen. This is why I have food cold when I’ve had a few drinks, you don’t ever turn the oven on when you’ve had a few drinks.” Paul says; “She’s off her rocker!” She’s downed the drinks. She keeps saying she’s on the orangeade, what a load of rubbish.” Chad asks who is heating something in the oven, Paul tells him to have a word with Sarah, Chad replies to him ‘chill out Paul’

Chad tells Sarah the food is burning in the oven, she rushes to the kitchen; “It was literally 10 minutes, that’s powerful! Thought I’d give it 10 minutes while I get changed.”

Amelia complains about the smell from the kitchen again

In the kitchen, Chad explains to Sarah; “Paul is being Paul. You heated it a little bit too much. He said you were off your rocker.” Sarah reacts: “Really?! Is he for real? I literally went to go and get changed and it was 10 minutes. I’m drinking orangeade! He’s such a little b*tch!”

Sarah and Chad are talking to Big Brother in the diary room, Chad comments; “The more I get to know this thing (Sarah), the more I want to spend time with her!”

In the bedroom, Jemma and Sam comment on Brandi, Sam says; “I think she’s a bit of an idiot and when you’re that age and you’re still an idiot, I don’t think I respect Brandi, I think I like her.” Jemma adds; “She’s not a nasty person, I like her.”