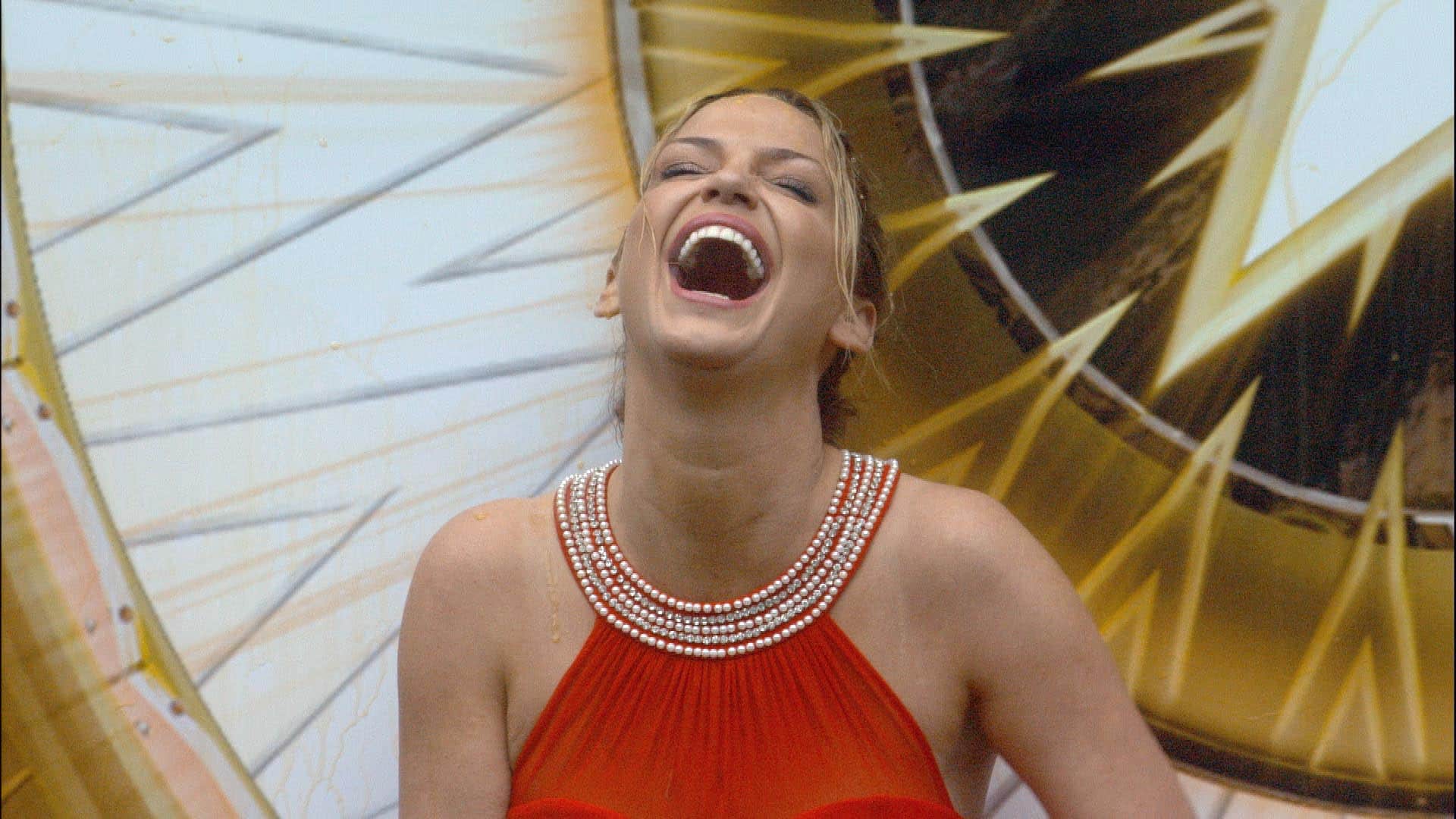 On tonight’s Celebrity Big Brother… Sarah Harding talks about Cheryl, Sam has a massive crush on Brandi and the house gets gunged.

Jordan and Sam are in the garden discussing relationships. Jordan says: “I think Tiff will take you back, mate. I think she’ll see how you are in here… I think she will”. Sam responds: “What I hate about the girls on my show, none of them have a backbone. They’re all spineless, other than Tiff and Liv, and Toff, actually. Tiff was always happy, always. Then as soon as you get some of her dicky mates who are permanently miserable in her ear…”. Jordan asks Sam if he would marry Tiffany; “I’m too young, man. Too young” he replies, “It’s hard maintain a relationship on a show like that. The thing is as well… I sometimes throw my toys out of the pram. Sometimes I’m like, this has got too much. Your mates suck. You’re starting to suck. I’m sure I now suck. Let’s just go on a break.”

Jordan, Marissa and Sam are in the garden discussing accents. “It just sounds so naughty when you say it!” Jordan says Marissa about her New York accent. “I’ve got a semi!”

Brandi is in diary room, discussing her fellow housemates with Big Brother: “Clearly Chad is an idiot. He’s a male chauvinistic pig. He’s just a tool”

Jemma and Sarah are in the bedroom, talking about Sarah’s girl band days: “I haven’t spoken to her in a while”, she tells Jemma, talking about her old band mate Cheryl. “We’re so busy with our own stuff. It’s not for me to say. I don’t like talking about the other girls”, she replies when Jemma asks if they are still friends.

For today’s task, the housemates are split into two teams. Housemates must match shocking revelations and stories that have been stuck to Champagne bottles with the correct celebrity from the opposing team. If they get the answer correct, the chosen housemate gets gunged.

Derek recalls the time he was asked to visit the crime scene in the O.J. Simpson trial: “I went out to LA. Psychometrised the building, and described two people, centred by a very powerful man,” he says explaining how he reported the case to the detectives on the trial.

Big Brother asks for silence in the garden during the task. Jordan continues to talk to Sam. “Remain silent, it’s not that hard”, Trisha tells him. Jordan and Trisha start to bicker.  Later in the day, Trisha goes to the diary room to talk to Big Brother about the earlier argument with Sam and Jordan: “Those boys are f**king assholes. They’re f**king immature”, she says. “I just don’t wanna be around it”. She starts to break down, before adding; “I just want a wash cloth. I can’t even scrub my butt or anything because I haven’t got a wash cloth”, she says of her Big Brother experience.

During the task, Paul tells the story from when he was fired from a role in a pantomime after a slip of the tongue at a Christmas Light switch on event; “I had a couple of glasses of wine. I went on the stage. I got a bit excited. I went ‘make some mother-f**king noise’”

Chad is talking to Karthik about his trademark monobrow: “How come before you went on The Apprentice, you kept the thing?” Chad asks. Karthik replies; “I was born with this. It’s just me. It’s not troubling me” he responds.

Sam is in the diary room, talking to Big Brother; “Brandi is f**king a legend. Brandi is the girl. She’s sexy. I’ve got a massive crush on her.”

Chad, Jemma, Sarah, Derek and Brandi are in the hot tub talking about Jordan’s claim to have slept with 1500 women; “It’s still not impressive though, is it?” Sarah says about his steamy past.

In the bedroom, Paul tells Chad and Amelia he can see potential between them; “Getting back to you two, I think that there is magic. If it happens, it happens. That’s all I’m saying. I think it’s beautiful. Let’s just see. Wait and see.”

Karthik is talking to Big Brother about his role in the house: “The younger section of the housemates perhaps look at me, as I’m someone who is fun and jovial. I bring the energy to the party. That’s how I see myself being placed in the house”

Jordan and Sam are feeling mischievous in Blossom Suite.  Both boys run over to Brandi and Jemma’s bed, throw water over the girls and shout. “You’ve just been JAMMED!”. Unimpressed, Jemma retaliates by pouring water and oil into Sam and Jordan’s bed.