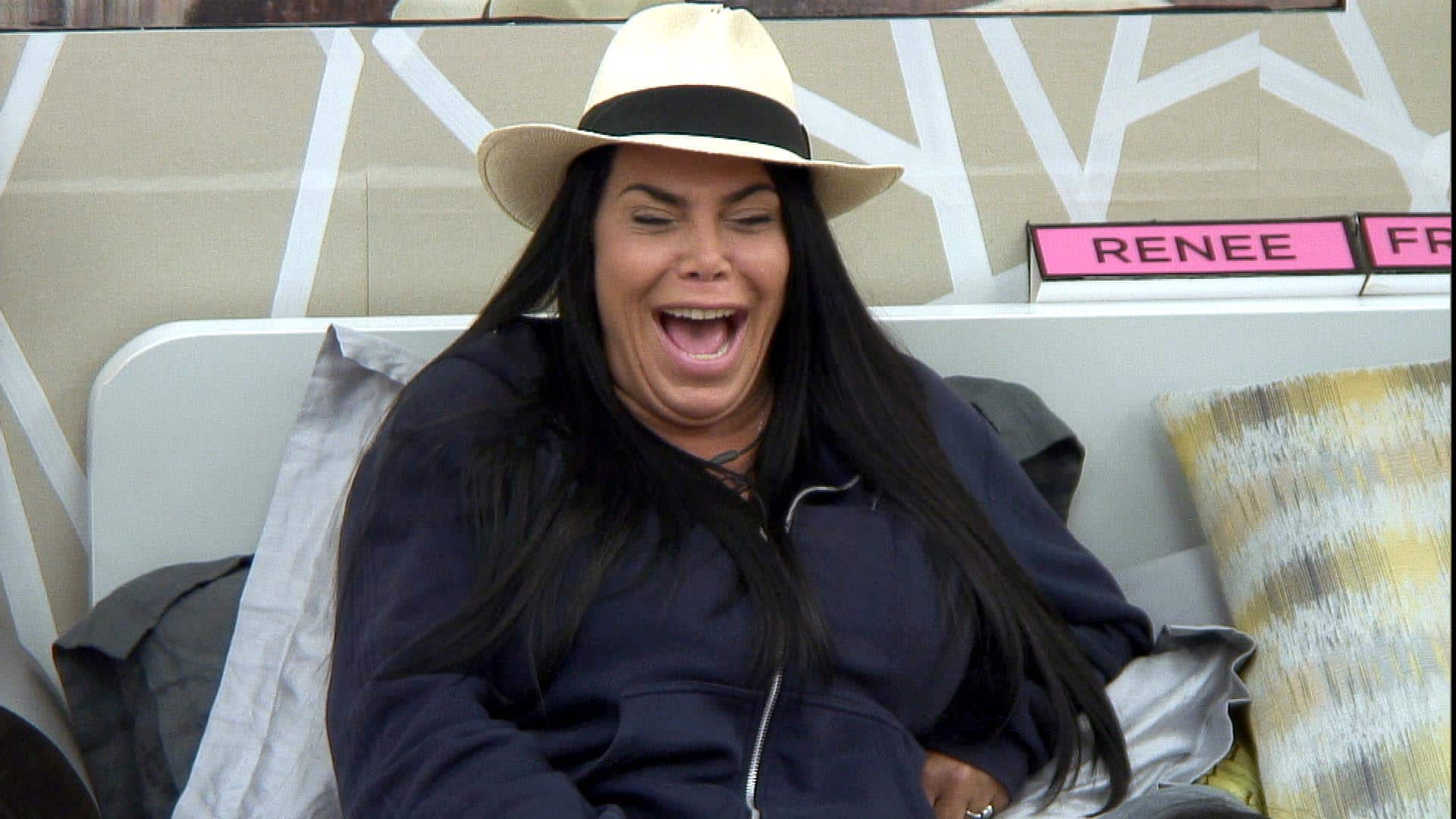 Tonight’s show will see us say goodbye to another 2 housemates as they are unceremoniously kicked out of the Big Brother house – in the last eviction of the series!

Also tonight, Frankie explains to Big Brother in the diary room; “I don’t think this is necessarily the game for Katie. You have to be made of sterner stuff!”

Meanwhile, in the garden, Samantha and Katie are talking, Katie states; “I’m not a big fan of truth-hiders, I’m alright. Everything happens for a reason…I’m good.”

Later, in the bedroom, Frankie believes Katie is a game player and is ‘trying too hard’

Marnie thinks Katie and Bear will be next to be evicted. Renee thinks that Aubrey will win, Marnie adds that Frankie may win

Bear comes to the diary room to talk to Big Brother about the Beach Club he has created in the garden, where some of the housemates will perform and an after-party will take place in the house

Aubrey tells Big Brother that she would like to be in the final with Renee, Frankie, Ricky and Bear. She believes Katie and Samantha will be next to be evicted

At the Beach Club in the garden, Frankie welcomes housemates to be interviewed by Aubrey and Renee. Bear is up first, and is asked by Aubrey if he’s masturbated in the Big Brother house, he replies; “I have yes! When I was in the shower, it was a release…”

Aubrey says to Ricky; “We know you’re bringing back the Year of the Gentleman, so we want to know what is your favourite sexual position?” He smiles; “Well I’m not a gentleman in the bedroom!”

Aubrey asks Katie what is the craziest place she’s had sex, Katie replies; “On top of a double decker bus!” Housemates laugh, Marnie states; “I’ve only ever done it in bed!’

Frankie and Aubrey showcase their voices. In the garden, they sing to their housemates which impresses the house

In the smoking area, Bear raises a toast to his housemates; “I’m glad for all the hard times in here, cos you appreciate the good times. I’m so glad we can all come together and have a good night!” Housemates cheer