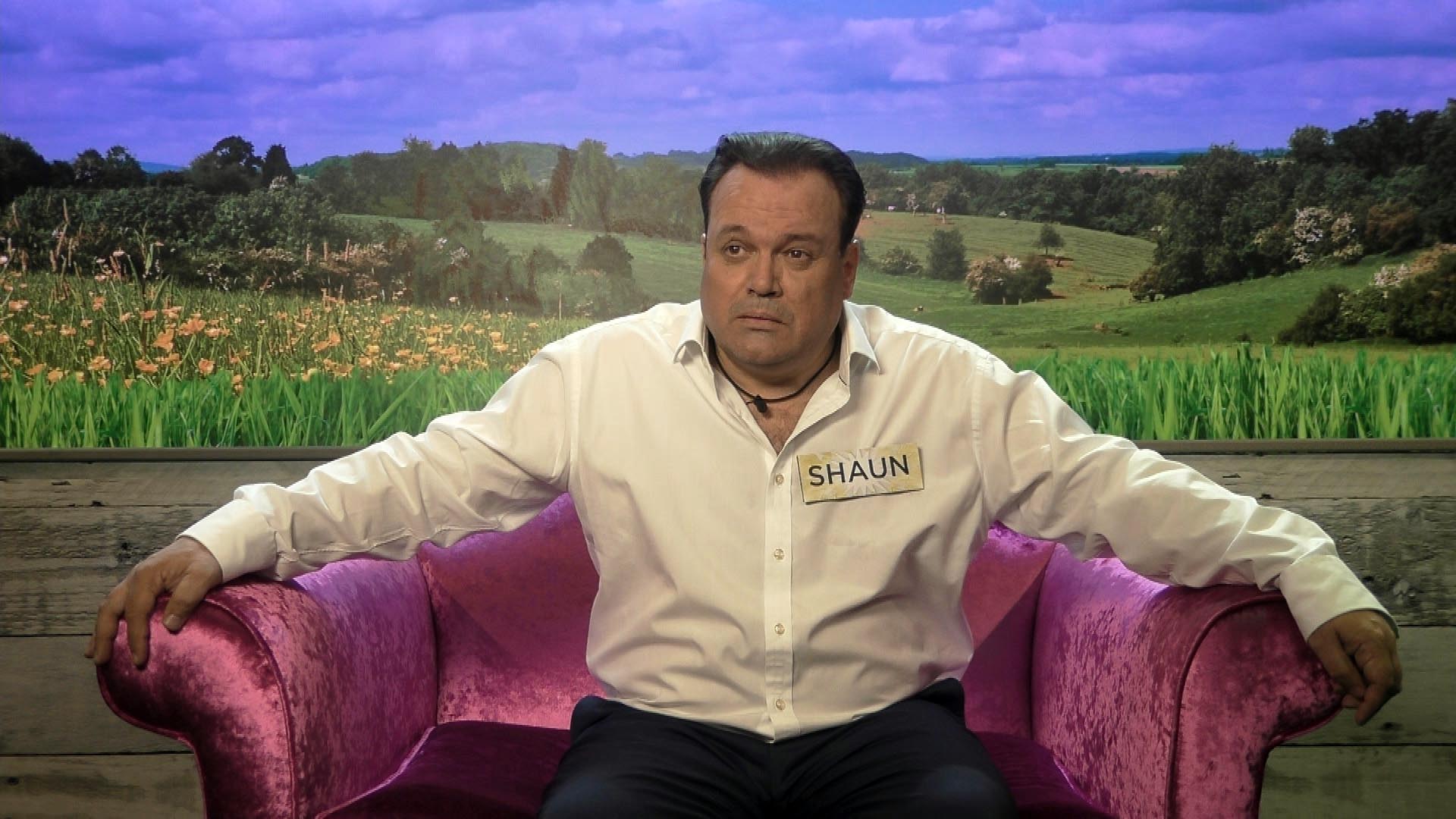 Coming up on tonight’s show, Shaun is told the results of his secret task in the diary room while housemates watch on in the living room.

Paul speaks to Sarah in the garden and she admits she finds it hard being around so many people and never knows what to say to them. Sarah says: “I’ve been so secluded, I live in the country now, I’ve got my dogs. I moved out to the country so I’ve been talking to my dogs for the past 5 years.”

Sarah talks to Paul about her past relationship and says: “A lot of my issues were down to being in a toxic relationship. For me it stems completely from being hurt, 6 months before I was due to get married. It all just tumbled around me and I had to front everything and he f**ked off to Ibiza and I had nothing and I felt like I had lost my family and my friends that we had all built for 5 years. I felt like I had no-one left that I could turn to. I was very lonely, I had a few good select friends that helped save me from myself, which I am so grateful for. I’m very much a private person, so for me it’s quite overwhelming to do this.”

Sandi admits to Shaun that she talks to plants and they decide to name one in the house Bazza, after Shaun’s character in Eastenders.

Jordan is getting to know Trisha in the garden, and she tells him “You’re extra” and says: “I don’t want to be around you, you seem a lot”. Trisha asks Jordan: “Are you a hooker? A escort?” and then goes on to ask Jordan if he is circumcised.

Jordan speaks Welsh to Trisha and she refuses to believe that Wales has its own language. Trisha says: “Is that really a language or are you just making it up?”.

Marissa and Sarah get to know each other sat by the hot tub, and she tells Sarah she has been around the block and experienced a lot in her life. Sarah admits to Marissa “I can’t wait to settle down now and have a family, and I got duped when I was 30, 6 months before my wedding and that broke me, but every day is a new opportunity. Sometimes you might f**k up but life goes on, it always does”.

The boys talk about girls. Paul joins and admits he isn’t single and is with the mother of his child”. Chad admits he finds it hard to choose someone to be his girlfriend as he gets so many DM’s from women, whilst Sam Thomson admits “probably not as many people slide into my DM’s as yours. I get dudes, I’ve had c**k shots, I get nothing else”.

Sam goes to the diary room to talk to Big Brother and he learns it is his birthday.

Jemma Lucy gets to know Chad in the living room and they practise doing accents, she tells Chad that she wants to train with him because she wants “a big ass”.

Jemma and Trisha get to know each other in the smoking area and talk about their sexual preferences. They discuss dating girls and guys and being interested in both sexes.

Trisha tells Jemma she was an escort for 7 years and says “I used to be really bad, I used to escort and do a bunch of really bad things, it’s awful, it was a bad thing for me, but then I found god and Christ and got help”. Trisha says: “It was so much money, it was hard to walk away from and it’s still hard to walk away from.” Jemma says: “I used to do stripping and I made so much money” and says she did it to get by while she was modelling and says: “I like to make money and I like to be independent, I want a nice house, and nice things and I want to get them myself”. Gemma admits her days dancing made her more confident.

Brandi talks to Big Brother in the diary room and talks about Chad. She says: “Chad is lost and his head is in this bubble of fame. He’s all about I’m a big guy, he doesn’t really know himself yet. I really like Chad, I think he’s a cool guy, I don’t think he needs to be bad Chad and be this guy that people don’t like”.

Chad tells Marissa in the kitchen, that he thinks she takes a lot to cut loose. She tells him she’s not sloppy.

Paul goes to the top of the stairs to enter the diary room and presses the fire alarm, mistaking it for the entry button, setting the alarms off in the house. He later speaks to Big Brother in the diary room and apologises for setting off the alarms. Paul says “It is why they call me dangerous Danan, and I do dangerous things without even wanting to be dangerous. Some people probably call it clumsy”.

The bedrooms are opened and everybody claims their beds. Helen is left without her own bed and the prospect of having to share a bed with someone. Brandi offers to give her the single bed and she moves to share with Gemma.

Karthnik is sharing a bed with Derek and quizzes him about being able to speak to spirits. Derek says: “you can’t summon the spirits, no-one can conjure them up.”

Karthnik tells Derek he is so happy to be in Big Brother and he feels so content.

Chad talks to Big Brother in the diary room about his chances with the ladies in the house and says: “I don’t really know which one to shoot for, they’re all hot enough for me to date right now and I’m liking each one of them in separate ways. Each of these girls is different in their own right and I’m down to date each of them.” He continued: “According to everything that’s happened so far I feel like every girl that I’ve talked to is pretty open to it. I haven’t overtly hit on anybody, I’ve just been getting to know people, so I’m interested in every girl here” and admitted he didn’t think he has any competition in the house.

Tune in to Channel 5/3e tonight at 9pm to watch the action unfold live.