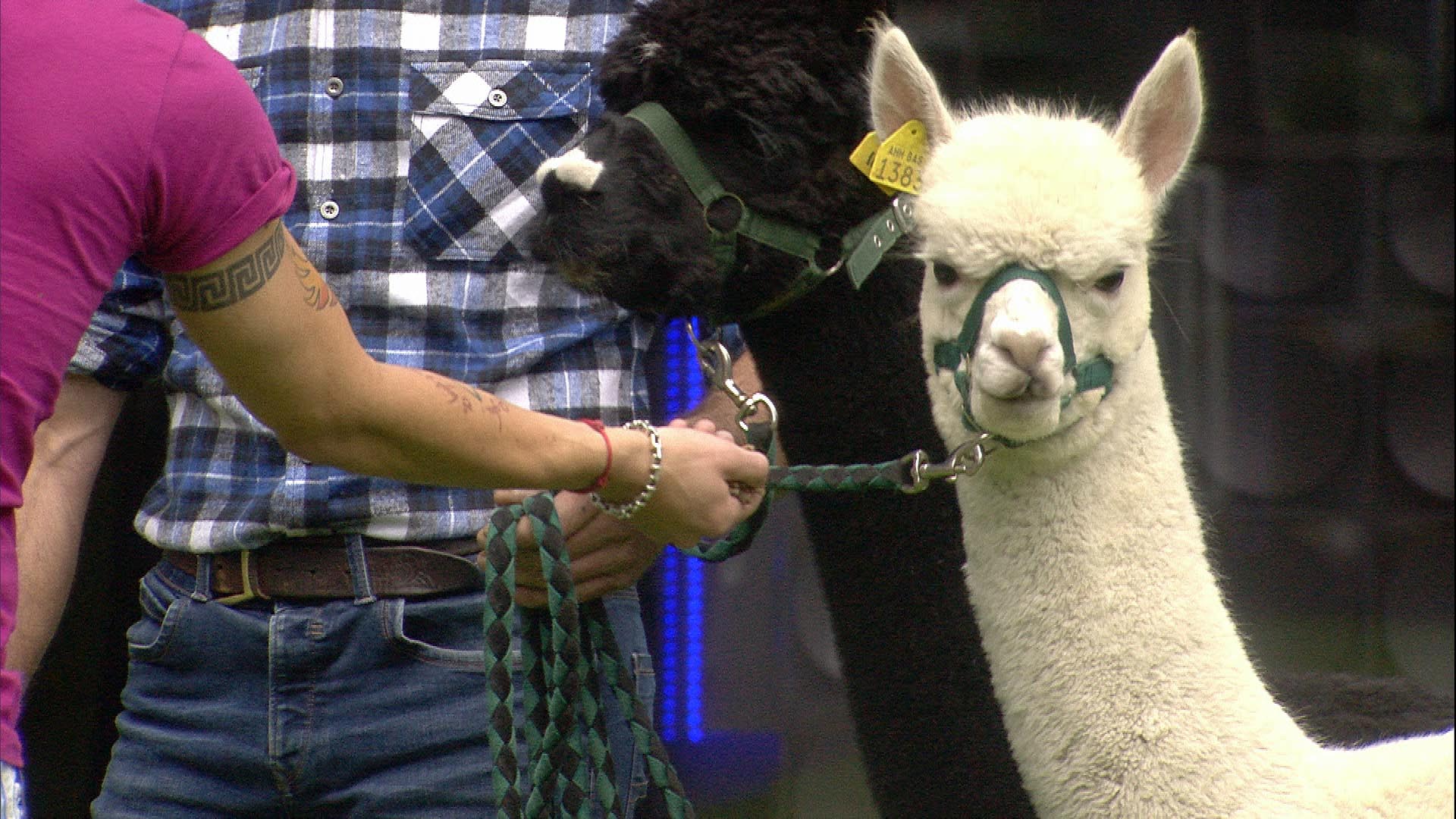 On tonight’s show: Shopping Task continues… Renee, James and Lewis receive a surprise and Bear prefers his own company

Housemates wake up after a day of surprises. Bear jokes that he can’t believe that Aubrey snogged him last night. Aubrey reminds him she’s married and asks Bear how he is feeling. “Better than yesterday, I feel charged, strong,” he chips.

Frankie and Ricky are in the Garden talking about Bear. They feel he’s a ‘different person’ following yesterday’s surprise visit from his ex-girlfriend. Frankie adds: “It was amazing to watch him be quiet…it’s going to make him much easier to live with.” “For a minute,” Ricky remarks.

Renee and Bear are talking about how the mood of the whole House has changed. Bear tells her, “It’s a different feeling for me, better than all that f**king rowing all the time.”

Big Brother continues to try and distract Housemates as part of this week’s shopping task. James, Frankie and Marnie are in the Garden taking part in a time task while being distracted by a series of animals, including puppies, alpacas, a ‘unicorn’ and James’ dog Daisy May.

Later, Lewis is locked in BB’s Living Room and must man the phones without getting distracted by various visitors. A delivery man brings two packages, a letter for Renee and a video message from Frankie’s’ sister, singer Ariana Grande. Lewis plays the video and Frankie and fellow Housemates watch via the screen.  Arianna tells Frankie she misses him adding: “I’m so proud of you, come home soon, oh, not too soon, win first.” Frankie is in tears.

Lewis’ next distraction is a visit from his mum. He tells how happy his is to have Marnie in the House with him, “It must be irritating (for the others), I think she’s the One.” Lewis’ mum says she can’t wait to meet Marnie.

Lewis returns to the House and reads Renee’s letter to her and the gathered Housemates. It’s from her son AJ.  He tells her she is doing ‘great’ adding: “Don’t let that a**hole Bear get in your head, tune him out.” Bear goes into the kitchen and Renee checks on him. He tells her that he is okay. “I’m glad you got something nice, I don’t really care what he said.” Bear tells Renee that he feels he is getting ‘Dug out’, by the task.

Some of the Housemates are in the Garden. Lewis tells Katie that he is a big supporter of hers but feels she is overshadowed by Aubrey and Renee, “stand on your own two feet,’ he adds.  Renee is in the Bedroom talking to some of the Housemates about keeping your jawline in tight. She tells some of the Housemates that there are certain things that ladies could do more of, “Use your imagination.” “Like what, giving head?” She adds: “I will be giving several blow-jobs a day if that’s true,” Aubrey declares.

Sam and Frankie are talking about ‘coming out.’ Sam tells him that she has never labelled herself adding: “I believe in love, I fell in love with a woman.” Frankie tells her that his sister gave an interview and mentioned that she was bullied at school because her brother is gay. “I was like, ‘thank you’, that was a weight off my chest.”

Aubrey is in the Diary Room talking to Big Brother. Earlier on, Katie relayed the conversation she had with Lewis. Aubrey tells Big Brother that she wouldn’t mind if Lewis were to be evicted. “I really wanna see (more of) Marnie…I’ve lost respect for Lewis, he’s too selfish for my liking, he’s over confident in thinking he knows himself.”