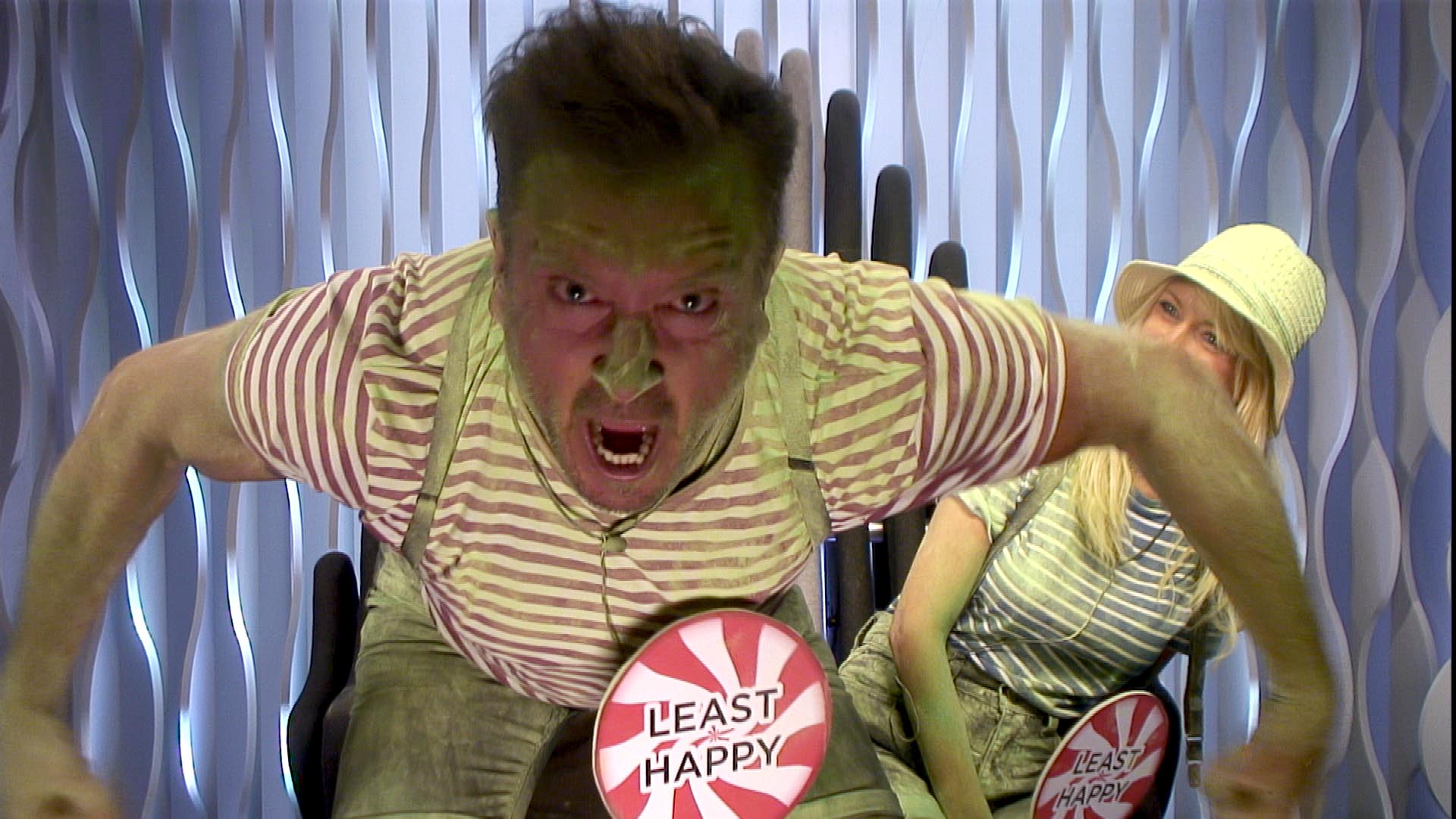 On tonight’s show: The house has been transformed in to Big Brother’s Twisted Carnival… Housemates enjoy a day of fun games. In as shock TWIST two Housemates are immediately evicted from the house. The SIX finalists celebrate their time in the Big Brother house.

Housemates wake up to find that the Garden transformed into a Twisted Carnival. Jayne tells Housemates how much she loves fun fairs. Hughie and Evelyn are in bed together. Alex jokes that it’s time to get up.

Alex: “It’s not a f**king knocking shop, take ’em in the toilets, take ‘em in the alley but don’t bring ’em into my house!”

Jayne is in the Diary Room talking to Big Brother about her love of fun fairs. “I’m a real kid when it comes to fun fairs…after yesterday, spirits needed to be raised especially for Andy and Jason.”

BB: “Jackson, who has disappointed you the most?”

Jackson: “Jayney. You left so many times, and I thought, for a woman with such strength and character…”

Housemates have chosen Jason to carry out the next task, Big Brother’s Coconut Shy. Each target has the face of each of the remaining eight Housemates. Jason has 30 seconds to knock down each one; those that remain standing will not receive a prize. As a result, Jason, Alex, Sam and Andy receive the winning prize of a McDonald’s meal. Hughie, Jayne, Evelyn and Jackson go without.

For the next game in the Twisted Carnival task Housemates hear some Truths from the public, delivered from Zoltar. Housemates are rewarded for being the Most Memorable, Least Happiest and Least Popular.

In a shock TWIST, Big Brother announces that the two least Popular Housemates have been evicted. The public has been voting for their Winner and voting has been frozen since Friday. These two Housemates received the least votes and must there for leave the house immediately.

The remaining Housemates are still surprised by Big Brother’s twist. “It just doesn’t make sense, we were all really comfortable with each other…it was so brutal.”

Housemates have been gathered on the sofa. Big Brother announces that all six of them are now finalists, “One of you will become winner.”

Housemates share a toast “Big Brother and all our fallen Housemates.” They all cheer as they watch a slide show on the big screen of their time in the house.