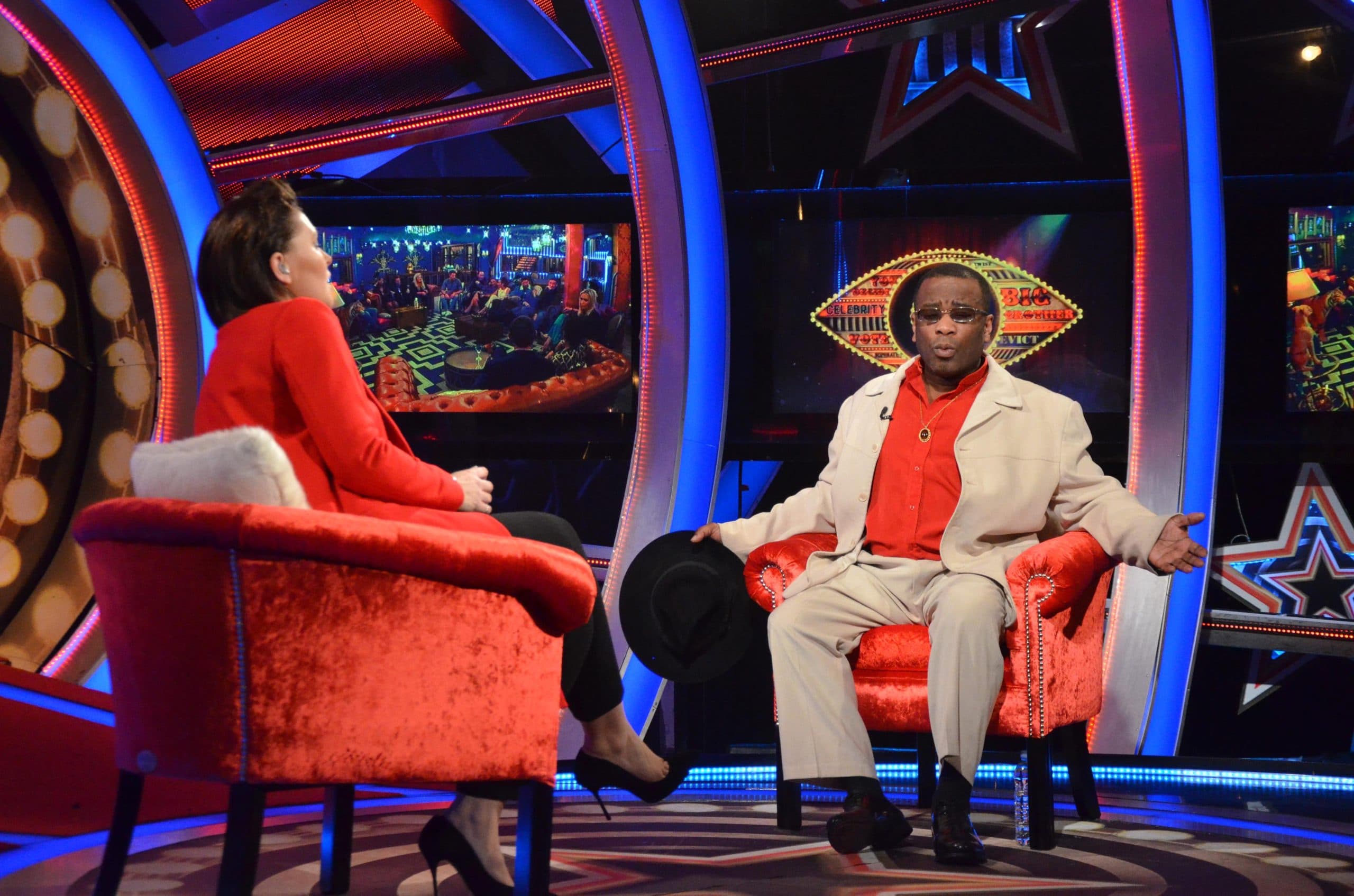 As there often is, there was a twist in the tail of tonight’s eviction – and it could have all gone horribly wrong!

Earlier, in the first of 2 eviction shows this evening – Emma revealed that Kristina had received the most votes from the public, and was therefore safe. It was then revealed that the housemates would decided the fate of the remaining two nominees; Nancy and Winston.

In the second of tonight’s shows – all remaining housemates were asked to chose to evict either Winston or Nancy using voting cards provided by Big Brother. 13 out of the 14 housemates chose to send home Winston, with the majority citing his earlier revealed views on gay adoption. Only Jeremy chose to send Nancy home, stating he was going purely upon how the housemates had treated him personally during his time in the house.

Speaking to Emma following his exit from the house, Winston said how it feels to be first of the house: “It was a scintillating experience. It was work; I knew I was at work. Seeing what other people in the house have been through, I realised I don’t know it all.”

Emma asked Winston how he felt about the crowd reaction: “The crowd reaction, hostile as it is, it’s nothing compared to some of the boxing crowds.” Winston said boxing prepared him for this. He continued: “People are entitled to their opinions. I’m being portrayed as a people hater, I’ve read it. We live in a democratic society and express our opinions.”

Emma asked Winston about his comment regarding gay adoption: “I’m a Christian; I expressed my feelings at the time. It doesn’t mean to say that I’m one to tell someone who wants to adopt a child, that they can’t do so, I don’t make the rules. My comment was made in the heat of the moment, the press were on me, it was a General Election and they got what they were looking for. So whatever comment I made at that time, it wasn’t something that was done from the heart. The simple fact is they portrayed it the way, however spiteful they wanted. I agree with my heartfelt feelings. I’m not going to change my mind, or the way I am.”

Emma continued to ask does he still think gay adoption is likeable to child abuse, Winston replies: “Would you like me to sit here and lie? We don’t need to go over it again. I’ve made my statement.” Emma believes it is such a shame and a sad view to have. He goes onto say: “The work I do for homeless children and mothers, and people who are destitute, I can match any MP because people know me as the man of the people. I step in as I know what it is to struggle.”

Emma asked Winston who he was drawn to in the house: “I think all the ladies were wonderful, they all had one thing in common, and they all had this dream. Some of the women in the house were very insecure.”

Regarding his warning for misconduct, Winston said: “I’m in the Big Brother house and certain women are flaunting themselves all the time, we’re in close proximity. I’m a red blooded male. I’m very much a gentleman.”

Winston concluded: “It was the most wonderful experience.”

CBB continues tomorrow at 9pm on Channel 5 and Emma returns for the next live eviction on Friday!